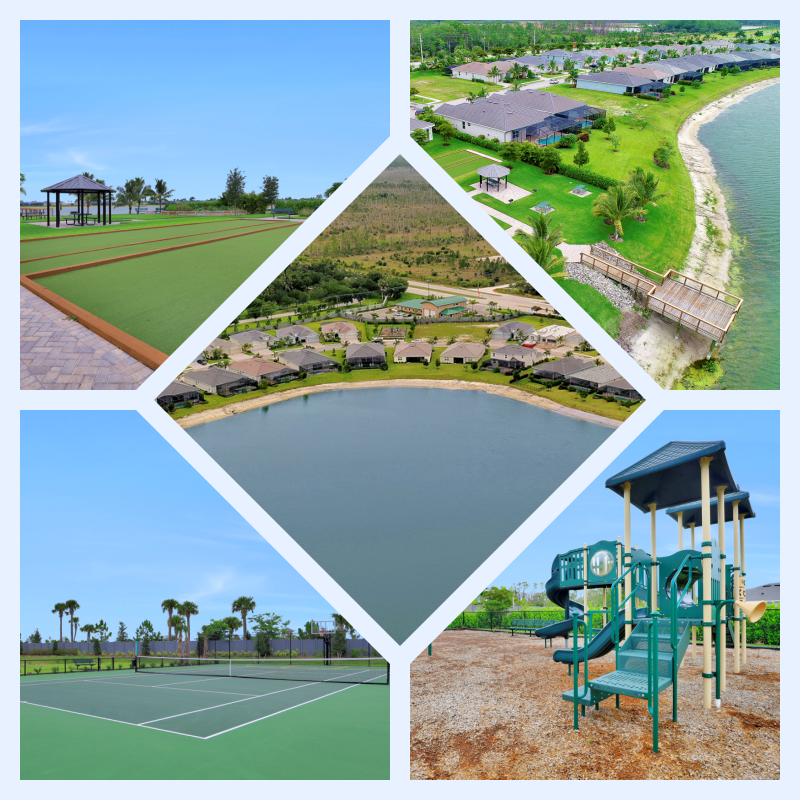 The Bonita Landing community is located in Bonita Springs, Florida. It is being built by Lennar Homes. Bonita Landing will feature both coastal executive and manor homes with square footages from just under 1,700 square feet to nearly 4,000 square feet.  Homes in Bonita Landing are built around a forty-eight acre lake offering wide water views. Some homes will have preserve or privacy wall views.

Click the collage for a album of photos of Bonita Landing.

With many single family home plans from which to choose Bonita Landing  offers a variety of floor plans including the “next gen” or next generation floor plan.  Launched at the beginning of 2017, homes for sale in Bonita Landing will first be offered at new construction prices and pricing will change through development.

Bonita Landing is located just beyond Village Walk of Bonita and nearby the communities of Bonita National, Seasons at Bonita and Valencia Bonita is located four miles east of I-75 on Bonita Beach Road.

Contact Chris or Angela to learn more about homes for sale in Bonita Landing.

LAST CHANCE!!!! BEAUTIFUL 2 STORY POOL HOME IN THE LOVELY GATED COMMUNITY OF BONITA LANDING. OVER 2600 SQUARE FEET. THIS IS A GREAT FAMILY HOME WITH A POTENTIAL MOTHER...