The area of Bonita Farms is located off of West Terry Street in Bonita Springs, Florida. most of the homes are waterfront, on canals or on the Imperial River and offer gulf access.   Needless to say, Bonita Farms is a popular boating area and for people who fish for sport. While the area is called Bonita Farms there are no longer farms in the area and it isn't even zoned for livestock. 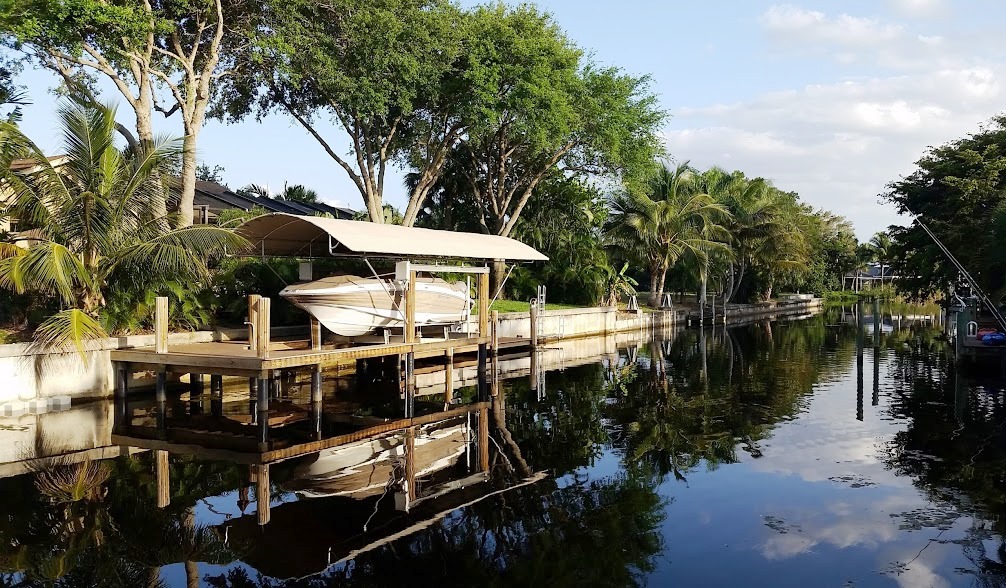 Those who enjoy paddle boarding, canoeing and kayaking find a good time on the Imperial River.  At the end of the river the Great Calusa Blueway also dots it's way through the mangroves and around the bay.

Homes in Bonita Farms that offer gulf access vary in price depending upon age of the home, location and condition of the home.  Vacant lots are still available and they're priced depending upon canal width, water depth and proximity on the river.  Naturally, river front homes and lots command higher prices than canal, gulf access homes and lots. To learn more about Bonita Farms call or text Chris Griffith at 239-273-7430.

Neighborhoods similar to and located near Bonita Farms and Gull Haven include Heitmans, Brendan Cove, Serrano and Paradise Village.

NEW Pre-Construction Custom-designed waterfront home in the beautiful gated community of Serrano. Build your dream home on lot 17 on the Imperial River with your own priv...

Beautiful Gulf-access home on an extra-wide canal off the Imperial River with a 10,000 lb. boat lift! Relax & unwind in the heated pool/spa with an expansive waterfront d...

Entertainers Paradise with breathtaking views of the Imperial River and Gulf access! This concrete block with vinyl siding and cultured stone makes for easy maintenance, ...

Here's your chance to tap into the investment market of the VIBRANT, artistic, fragrant city of Bonita Springs. See attached Air BB ads on the street and in the neighborh...