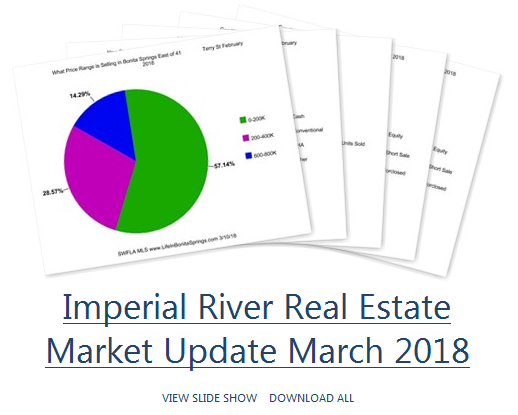 The long story short about homes for sale in the Imperial River area is that sales numbers in February were fewer than ten closed sales. That includes a combination of gulf access and non gulf access homes.  The majority of sales were bargain sales under 200K including a few condos located in Spanish Harbor,  Citadel and The Sanctuary.  Only two gulf access homes closed sale in Bonita Farms on Del Ln; a large home at $700,000 and a “tear down” at $240,000 (lot value).  The new owners are renovating it.

There were no vacant land closed sales in this area during the month of February.