At the northern end of Bonita Beach sit the condos that enjoy prime gulf front and beach views.  The Casa Bonita Condominium buildings enjoy the spoils of being positioned on Little Hickory Island.  Casa Bonita Grande is one four of the Casa Bonita series on the Gulf of Mexico. 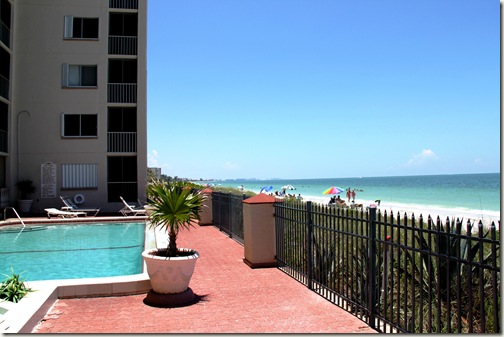 This condominium building was constructed in 1976.  Units are owned individually so they are decorated to the personality of the owner.  Some units have been renovated and updated while others may need more current decor.

As with many of the beach front condos on Hickory Boulevard many of the units at Casa Bonita Grande are conveniently sold turnkey furnished.  The units are popular rentals especially during tourist season due to their close proximity to the beach.  Tenants and owners are able to walk out the door and have sand on their feet just paces from the building.

Within walking distance of Casa Bonita Grande is access to walking paths, the LeeTran Trolley system that offers public transportation to  the Center at Bonita Springs and the Fort Myers Beach thoroughfare.   Big Hickory Seafood Grille and Marina is across the street from Casa Bonita Grande and the other Casa buildings that include Casa Bonita I, Casa Bonita II and the bay side building called Casa Bonita Royale. Doc’s Beach House is a short bike ride away at the south end of Bonita Beach.

There are four Casa Bonita Condos in the Bonita Beach area.  To learn more visit the following properties:

Your chance to overlook Bonita Beach and the Gulf of Mexico from your Great Room & Master Suite! This turnkey 2 bedroom/2 bath condo was recently remodeled and offers you...