Little Hickory Island a barrier island, essentially a small strip of land that runs south from the most western end of Bonita Beach Road to the north End of Hickory Boulevard before it curves right towards Lover’s Key and Fort Myers Beach, Florida. 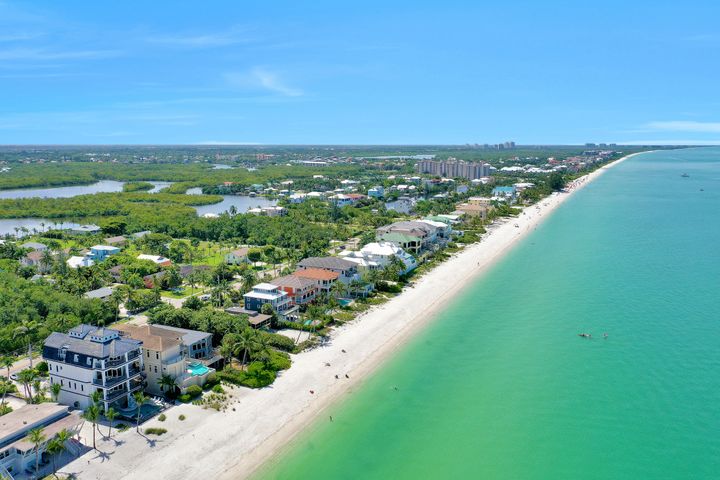 Bonita Beach homes are coveted in this area due to the short supply of waterfront homes that are beachfront. Homes on Bonita Beach are considered gulf front, not ocean front. You can literally walk from the property onto the beach. Toes in the sand!

Bonita Beach real estate is about geography; location, location, location. The most modest of beachfront homes, even with a prices in the multi-millions, may be considered a tear down. After the housing boom and subsequent bust many developers and property owners developed vacant land on the beach and also redeveloped after existing homes were removed.  The face of Hickory Blvd has changed dramatically with the majority of beachfront homes consisting of multi-story mega-mansions.  Some of the massive homes are on double lots.

While single family homes on Bonita Beach run on the west side of Hickory Blvd. there are also homes for sale on the east side of Hickory Blvd. Homes may either be land-locked or they may back to a canal or the bay.  Homes with bay views are preferred properties and often have access to deeper water for gulf access boating enthusiasts. The homes that are land locked still command high price points, per square foot, due to their proximity to the beach. There are 10 public beach accesses spanning the length of Bonita Beach so any home owner in the area may easily access Bonita Beach for sun and sand after a short walk.  There are wide walking and biking paths that run along Hickory Blvd. making it convenient to access different sections of Bonita Beach. 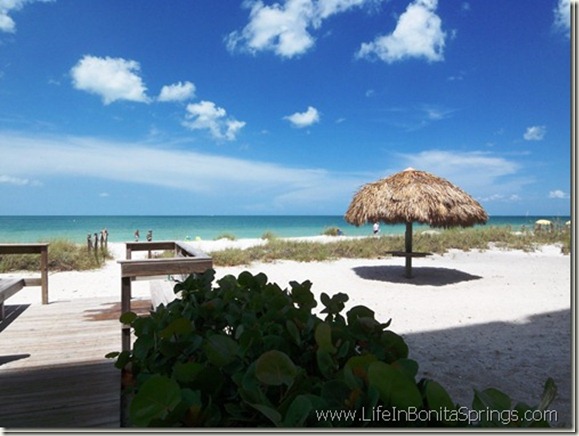 Bonita Beach and Tennis are one bedroom efficiency units.  At the north end of Hickory there are about a dozen gulf front condos plus several condo buildings that are waterfront facing the bay, Broadway Channel, mangrove estuaries and Battista Island. You can find a comprehensive information regarding Bonita Beach Condos, with a condo map indicator, here: Bonita Beach Condos For Sale

There are only a select amount of communities in the Bonita Beach/Little Hickory Island area that are gated.  Most of the homes and condos along Bonita Beach are in non-gated areas.  Gated communities include Cape Hickory, Solenzara, Bonita Beach Club Condo, Dolphin Way Condo and Seascape Condo.

Built in 2020 by award-winning Potter Homes, this magnificent 3-story beachfront home includes 5 bedrooms and den, 8 bathrooms with 5,560-square-feet of living space. The...

PEOPLE WAIT FOR YEARS TO BUY IN THIS BUILDING. THIS IS ONE OF THE MOST SOUGHT AFTER UNITS AT BEACH AND TENNIS CLUB ! HERE IS YOUR CHANCE TO BUY IN BUILDING #1, 9TH FLOOR!...

H7551 Be on the Beach by January 1 in this Magnificent Beachfront Home. Fabulous open floor plan that has been Totally renovated with Tommy Bahama meets The Four Seasons ...

THIS BEAUTIFUL HOME IS STANDING PROUD AFTER IAN!!! The solidly Constructed, concrete block ranch home was built on elevated land, keeping it high and dry. The beautiful 3...

Note: This property sustained Hurricane Ian damage and is being sold as-is with no guarantee the home can be rebuilt. Seller is accepting offers as a lot and Buyer's re...

Building # 4 at the the Beach and Tennis Club. Updated unit with granite counter tops , 18 in porcelain floor tiles and ceramic tiled shower . The swimming pool with han...

This Carolands home was damaged during Hurricane Ian and this property is being sold as a lot. Seller will consider offers.

This beautiful 4 story Coastal Bonita Beach bay front home sits on a 75' wide lot (not the typical 50' lot) & is located across the street from a beach access that provid...