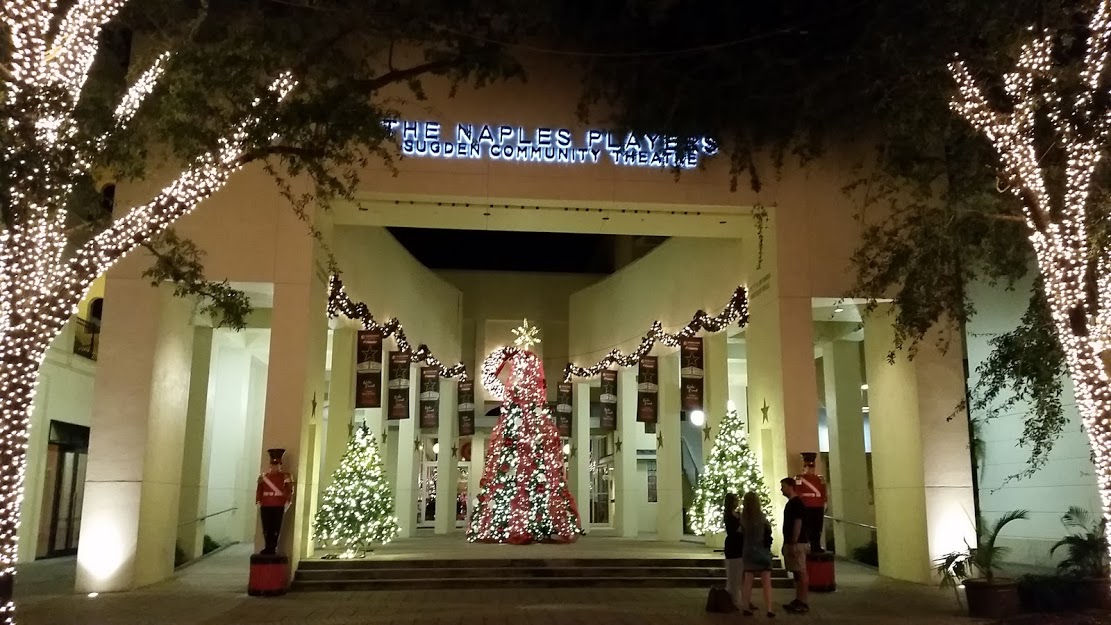 Naples Players Sugden Theater is a live playhouse with variety of plays and musicals throughout the year.  It’s an anchor to the Downtown Naples, Florida area.  It’s nestled amongst great public spaces and a variety of dining establishments so many who enjoy the theater also dine in the downtown area prior to show time.

The Naples Players stage more than 220 performances a year. The audience totals more than 50,000 annually plus there is an education program that reaches over one-thousand students annually.

It’s been voted Best Live Theatre for sixteen consecutive years in the Naples Daily News plus many best-of Southwest Florida Choice Awards among others.

There is ample parking near the Sugden Theater both on street and in city garages plus there is valet parking on 4th Ave behind the theater near Trulucks. To learn more, read also: Naples Players