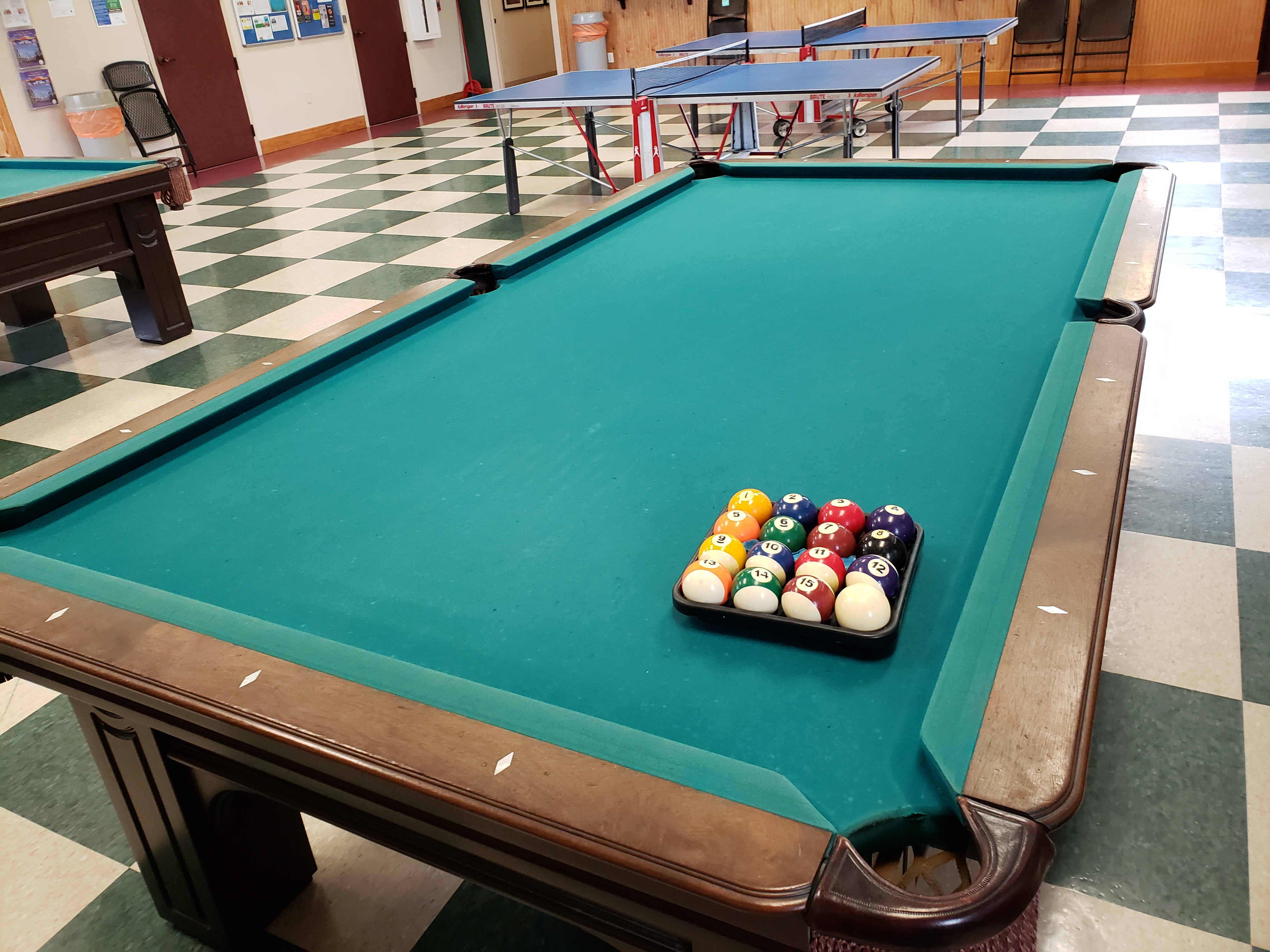 There is a lot of stuff to do at Norris Center. There are art classes, acting classes, so many more things than I can even comment on. For all intents and purposes, it is a part of Cambier Park but it has its own separate designation. I never really paid any attention to the fact that Norris Center is also a theatre. I go there simply for one reason and one reason only: They have free, full sized pool tables to play pool on. There are also ping pong tables. A couple of tourists were playing there today when I showed up to get a game. There’s a chess set and that game where you slide something over some kind of cheese-like substance and a TV watching area but I usually come here to play pool, exclusively.

I lived in the Western United States for a spell and gathering places were in short supply so people gathered at places with pool tables. Kids are raised in these sorts of places until about 7 PM until it’s time to get the kids home.  Then it’s time for the grown ups to play. I played a lot of pool when I lived out West. I played on teams, won patches so it is great that there is a place in Naples to play.  IF you are looking for fun things to do this is a great place for playing pool and it’s great that the public can do it for free.