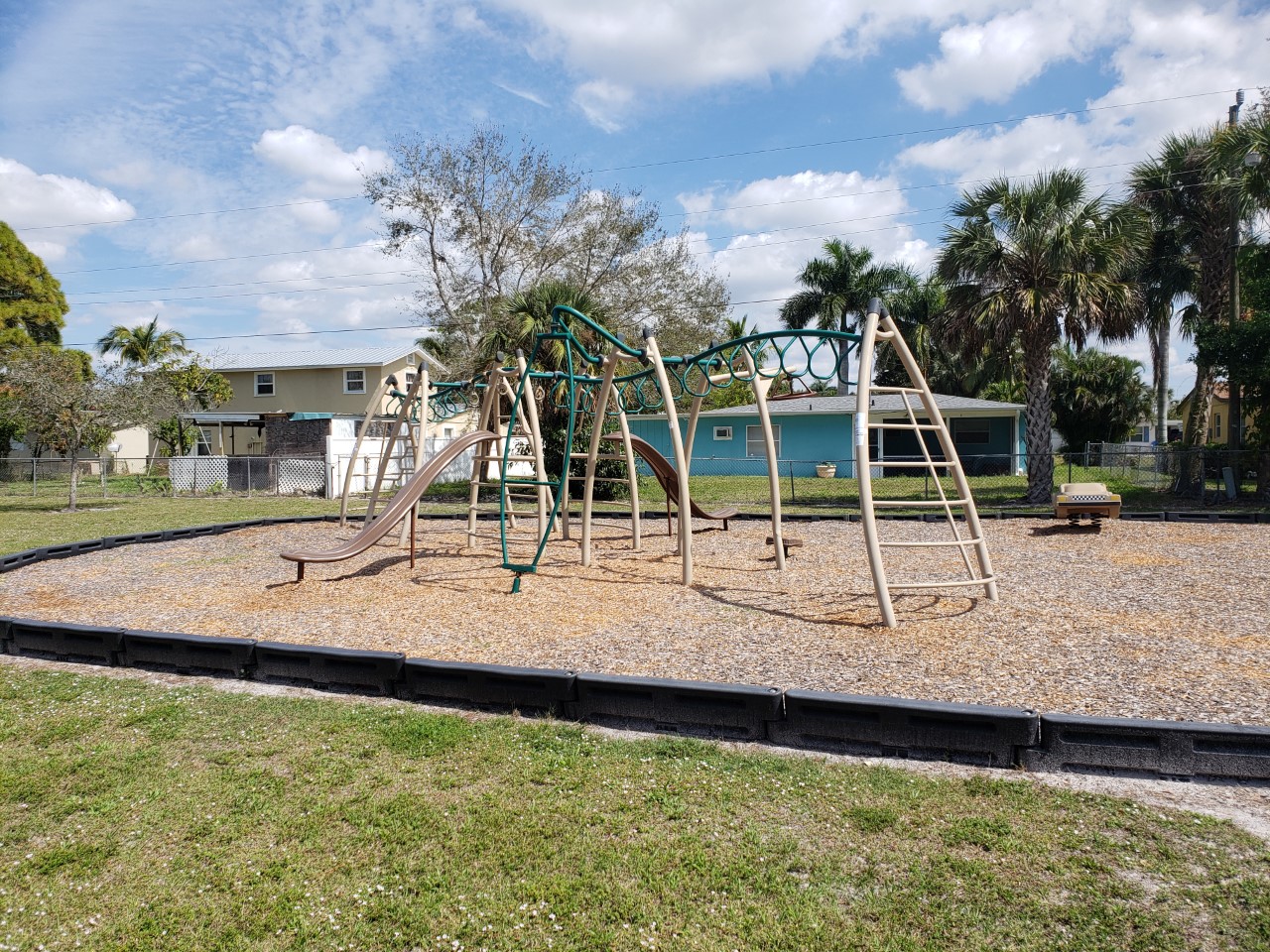 We have guests and a pool cage being installed, so I was blocked in, as the driveway was full. So, I started looking around online for places to visit when I noticed a small neighborhood park in my zip code, i.e., within biking distance. From this website, you’ll see that the parks are divided into 8 types, (although a school as a type of park probably has limitations as to when you can use them). I also should mention there are parks in Collier that aren’t on that list, such as nature preserves.

So, I pumped up the tires on the bike, and headed out to check it out. There’s a diner just a little past there, so I figured I’d make it a two for one ride.

Coconut Circle Parks’ address is just listed as Guava Drive on the website. There were some young folks just pulling into the little one car parking apron as I peddled up. I felt a little funny about taking pictures of strangers, so I didn’t get a picture of the main access to the park, (or the basketball court), I peddled around the block and entered the park at the other end, off of Lotus Drive where there is a wooden ramp over the drainage swale. The park has a couple of picnic tables, one at each end, one by a basketball court, and one underneath a tree/trees. There is a Children’s play area which has some kind of contraption that we used to call “monkey bars”, but this seemed a little too elaborate for that name. I didn’t understand how the two slides were supposed to work, but I guess if I was an appropriately aged kid, I would figure it out.

Now, I mentioned there were some young folks at the basketball court, and so I didn’t get any pictures, but the overall condition of the court was good; the nets were up, the backboards were intact and straight, and the pavement was uncracked painted concrete or asphalt. There was a picnic table, and a couple of benches, and what I thought was a nice touch, there was a drinking fountain. There also was one of those old-fashioned park grills.

There are no restroom facilities, or much in the way of hiking trails; Coconut Circle Park is a small park, after all.  If you’re looking for fun things to do in Naples this is a hidden gem. I thought it was interesting to find a little neighborhood park in Naples that most people don’t know about.

The Naples Pier in Naples, Florida