Another MeMe - Have at it You Jackals

Gee, a special thanks goes out to Matt Rathbun for throwing me under the meme bus. For those who don't know, a meme is a way to share more about yourself on the web in a "tag, you're it" kind of fashion. For people like me it gives the Jackals something to pick on so I put off doing it for a while. 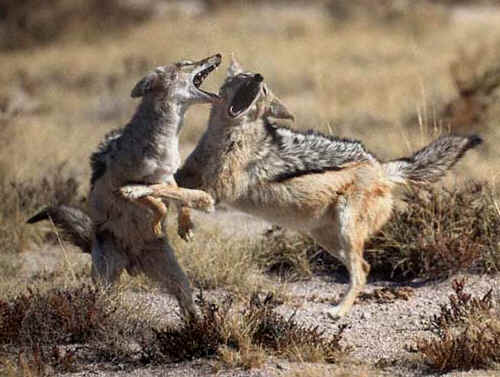 Question 1: Who is your favorite Musical Artist?

I really hate to be a trouble maker, But this is it; I think it's hysterical. I now will share that I mostly listen to NPR and FM talk radio 98.9 in Naples, Florida. I just love Clark Howard and Neal Boortz - mostly because Belinda puts up with him. I know pretty boring. My favorite artist is Tony Bennett, I think I'd break laws for him if he asked me to. I saw him sing at Barbara B. Mann Hall last year and almost died, right on the spot up in that mezzanine. I barely made it!

Question 2: Who is My Favorite Artist?

The artists known as Baby A and Baby B. There are only two pieces of art on any wall in my entire home. I was worried the bottom artiste would grow to be a murderer or something. Look at the colors, that's a violent piece of art! They are these two and I think they're brilliant: I really love Crystal http://boobsinjuriesanddrpepper.blogspot.com/. I've enjoyed her blog for a while now and quietly share a kinship in despising readers who judge. Since I started writing for the paper I've had my share of Jackals and I know she has too. She's a funny gal and reading her blog is a great escape. Thanx Crystal. And now, having included that link, I will get search queries for Bonita Springs Boobs such.

Question 4: If you could meet anyone (dead or alive), who would it be and what is interesting about them?

I would like to meet my biological parents. I am certain I am adopted. There is no way I can be related to the people I have been *told* are my family. I am sure somewhere about 40 some years ago there was a tragic car wreck and the sole survivor was a female infant found in the bushes who was laid on the steps of an orphanage.

Question 5: What did I want to be when I grew up?

I wanted to be an interior designer. I ended up owning a furniture and design store in my younger adult years and suffered a huge personal loss that was rather upsetting. I ended up closing the store and never looked back. When that chapter closed I just never re-opened it.

Question 6: What is the most interesting piece of Trivia that I know?

I know stupid, obscure stuff that will never make me a dime. Jeopardy is a blast for an idiot like me. My only hope is that when I die and things start flashing before my eyes, it's not the mating of grasshoppers, quantum physics, the states in alphabetical order or the Googleplex.

Question 7: If you could live in any point of history when would it be and why?

I would only want to relive my younger years if I was allowed to take the knowledge I have now. There are a few people I'd like to not marry, ever talk to, see naked or go into business with. TMI?

Question 8: What is the most interesting job you've ever had?

Being a mother of a litter of children. I did an exception job, if I say so myself, if the teachers said so themselves and if my kids even say so. In spite of the hardships of being a single parent with absolutely no input or positive guidance from their father they turned out better than all of their friends. They turned out even better than I expected. What a shame I wasn't built to breed I should have had more.

That's it. Bored to tears were you? If you weren't try reading this meme: The Bonitian Meme