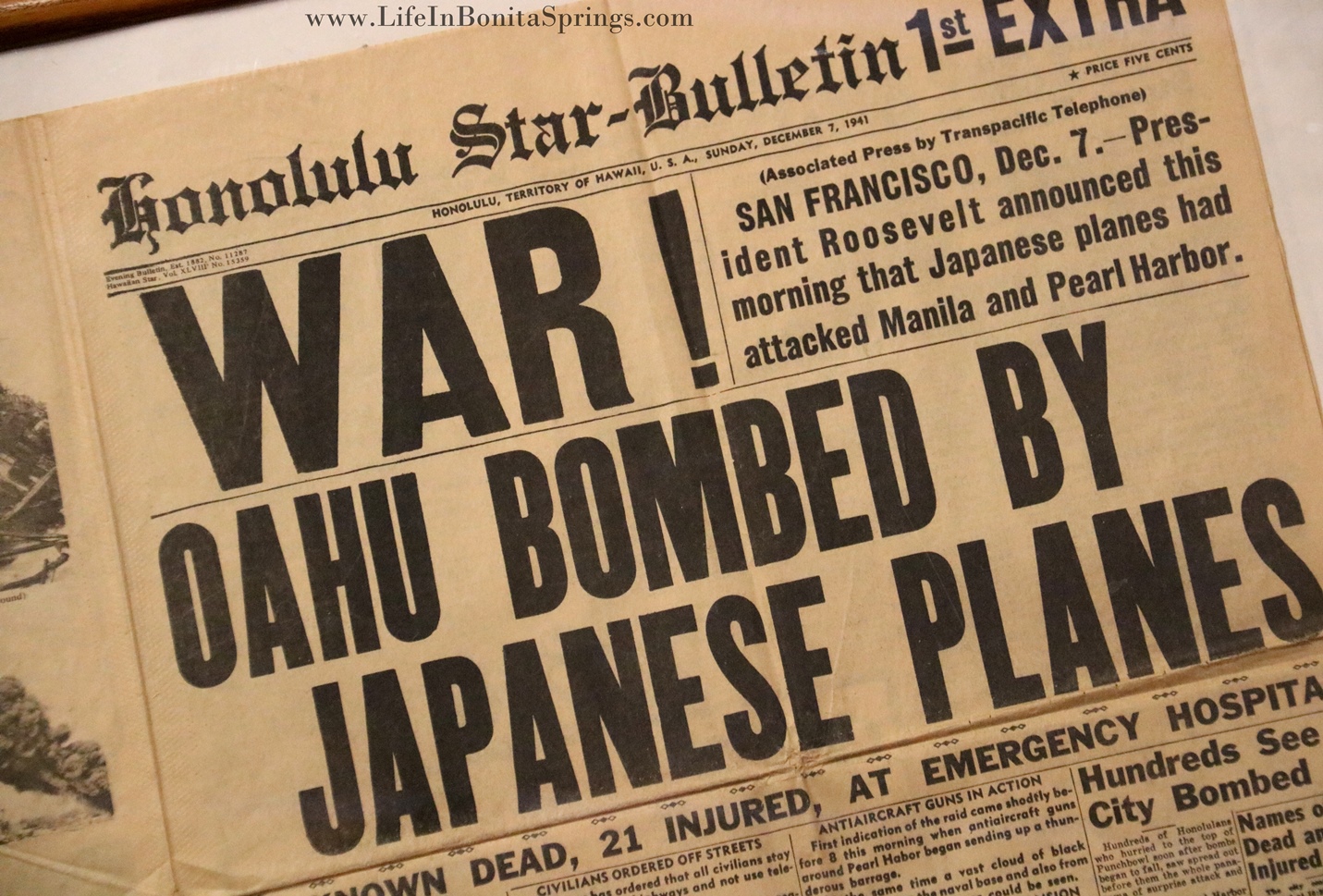 This summer you can escape the stifling summer heat and the merciless mosquitos by taking a tour of one of the area’s largest and most interesting museums. Just a short trip over the Cape Coral Bridge is the Southwest Florida Military Museum and Library.

Not knowing what to expect when I arrived, I entered the museum and was greeted by a handful of volunteer docents who were eager to direct me through the venue. The museum itself is a little over 30,000 square feet of displays and memorabilia so budget enough time. All of the artifacts that you’ll see have been donated or loaned by the military, government and private collectors. 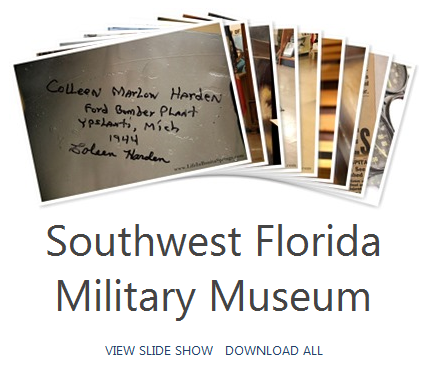 Every war, from the Revolutionary War through the Afghanistan conflict, plus every branch of the military is represented on premise so there is plenty to discover. I actually went through the venue twice, reversing direction on the second tour so that I didn’t miss anything. Along the way, I asked the docent to point out a few of his favorite displays and artifacts. I was able to discover a few special finds of my own, including articles and photos telling a poignant story of Virginia Moore and her husband Marcus (Sonny) Comer who was killed in battle during World War II. A bracelet engraved with his name and Army serial number, which she had given to him as a token of love, was lost in battle. It in was discovered in a fox hole after nearly 60 years by Lorenzo Maierna, a Belgian police officer, who was searching for war artifacts with a metal detector. Maierna eventually met Moore in Southwest Florida to return the bracelet to her. If you stop by the museum on Tuesdays you may have a chance to meet Virginia Moore as she makes appearances to share the story with visitors.

Another great tale is that of Cher Ami, one of many homing pigeons used to communicate during World War I. Cher Ami was actually shot down but survived to successfully deliver a message that saved the surviving 190 soldiers of the lost battalion in the Battle of the Argonne. The bird was awarded the Croix de Guerre Medal with a palm Oak Leaf Cluster for her heroic actions.

In addition to military memorabilia there are also lifestyle artifacts and keepsakes including a complete vignette of an American kitchen and typical household items circa WWII. Baseball memorabilia, including a signed Joe DiMaggio bat plus other WWII era collectibles can be found sprinkled throughout the museum. It makes for a wonderful trip down memory lane.

There are dozens of great stories to be discovered in the displays at the Southwest Florida Military Museum and Library. Great camaraderie can be had, too. Every Tuesday morning there is a Korean & WWII Veteran's Luncheon where veterans of any war or conflict are welcome to join at 11:30am.

When you visit, keep in mind that admission to the museum is free but you’ll need a couple of dollars to cross the bridge to Cape Coral. The museum is funded by donations which are gladly accepted on site or you can visit their website to learn more or to donate online. www.swfmm.org

The museum is located at 4820 Leonard St, Cape Coral, Florida slightly less than one mile from the Cape Coral Bridge. Happy Trails and Museums!

Things to do in Bonita Springs