A Slice of Life In Bonita Springs When Nobody is Watching 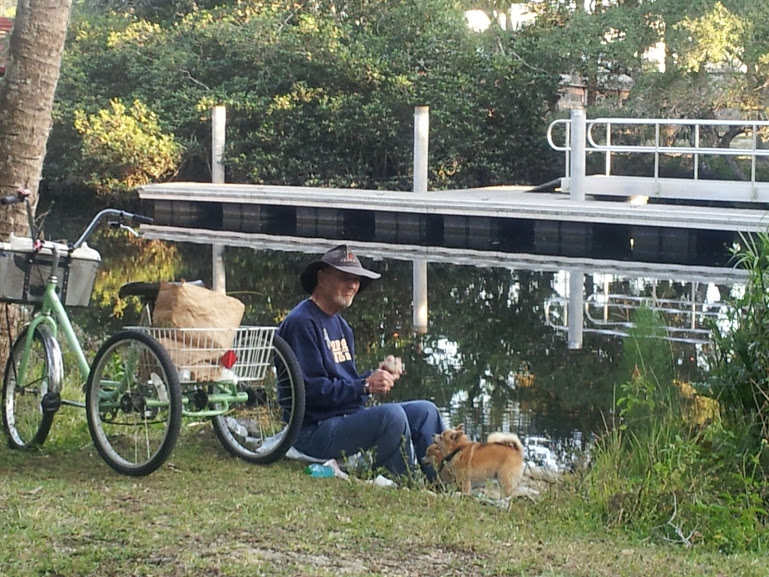 Life in Bonita Springs on The Imperial River

Many, many years ago when I was seemingly glued to a camera I took this photo.  I was on the red foot trestle bridge at Riverside Park/Depot Park that connects to Island Park.  This man idled by with his cute little dogs, in his canoe and  he was grinning from ear to ear.  I remember it as clear as day. I thought, this photo is exactly what life is like on the Imperial River.  This is Life In Bonita Springs. Sure there are big boats but there are also old timers just taking their dogs for a putt up the river.

Several years after I took this photo I listed a cottage for sale in Nuttinglikit Grove near downtown Bonita Springs, Florida. A widow was moving to the west coast of the United States to be closer to family.  As with most home sales like this, it is a challenge to coordinate the closing with such a huge cross country move; liquidating personal property, hiring a mover, finding just the right home  buyer who would be a little flexible to help this whole transition happen.

Somewhere in the midst of this transaction a light bulb came on in my head.  I suddenly recalled taking this photo and finally put two and two together. As luck would have it, I was actually selling the home of the man in the photo and his wife of many years.

Selling a life long home is difficult  and painful for many families.  Even the adult children who were involved with the move had to deal with the changes, the memories, missing their father.  I wasn’t sure if it would be appropriate or upset them but I had several prints made of this photo and gave them to them.  It seemed to be the right thing to do.  In the photo he was over a decade younger and probably healthier than he’d been the last time they saw him and I felt that they would enjoy this candid slice of his life “when he thought that nobody was watching”.

Today one of the children reached out to see if I could have an 8x10 made of it for them.  I’m going to see if I have a copy with higher resolution and without the water marks stored on one of my storage drives.  This photo is a lower resolution from “postcard style” project I made  for some reason. I guess the idea was heaven sent because I don’t remember even really doing it.

Thanks for driving by with your cute little dogs, at just the right time, Ed.   God speed.