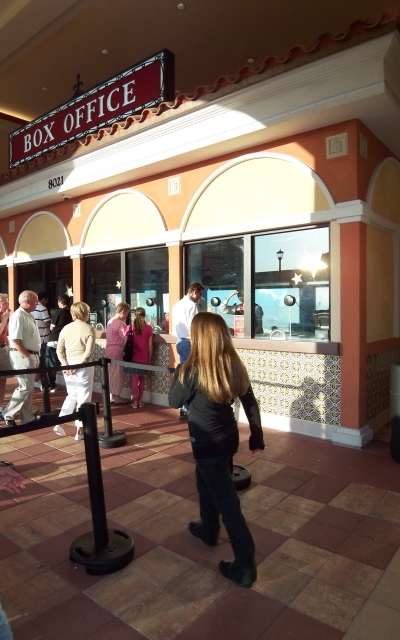 What's to do for fun on a Saturday night in Bonita Springs?  Try the new Muvico Theatre at the Coconut Point Mall in Estero, Florida.  Estero?  Sidebar:  Believe it or not there isn't a lot of fan fare leaving Bonita Springs and entering Estero on US 41 (which is also known as Tamiami Trail)  The two cities have more or less melded and there is a huge gray area around Coconut Point Mall and The Brooks.

The Muvico Theater is 'spanking new, has state of the art sound and has those "tilty" seats so you can lean back.  I've only seen a few flicks at the new theater so far.    There are 16 individual theaters that offer varying start times so there is always a flick to catch without waiting.  The last time I went to Muvico they were kind enough to even provide a few popcorn bowls so my “gang of merry thieves” could share since we had just had dinner.  If a bowl of popcorn won’t be enough, there’s a handful of dining establishments’ right by the doors of Muvico, if you’re looking for a quick bite before going in.  There are also a variety of restaurants sprinkled throughout the mall which includes:  Ruth's Chris Steakhouse of Bonita Springs, The Grill Room, The Grape, Bice [pronounced Beach-chay], Doc Greens, Moe’s, Subway and a few new restaurants in various stages of development and construction.  The mall also offers shuttle service to and from establishments via a souped up, limo style golf carts.   If you need to dash off for a quick bite on the opposite side of the complex get a ride!