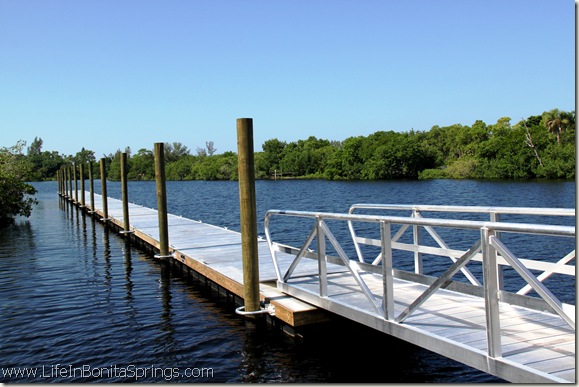 River Park in Bonita Springs is the latest addition to Bonita Springs Parks.  The name “River Park”, not to be confused with Riverside Park, is because this park also is located on the Imperial River.

The first phase of River Park currently offers acres of open, free space plus a two boardwalks which lead thru mangrove estuaries to the Imperial River and a lengthy span of floating boat docks. Future phases of improvement will likely occur at the eighteen acre River Park location.

If you’re a Bonita Springs boater or you are going to Canoe the Imperial River you now have a destination to stop, take a break, tie up and enjoy lunch, or a place to pick up or drop off passengers.

From River Park, boaters and canoers are within walking distance to K-mart, Publix, Subway Sandwich Store, plus a few convenience and drug stores.

River Park will also be a great location to enjoy seasonal events, such as the Bonita Springs Boat Parade.  At this time, parking at River Park is limited and there are no rest room facilities. Since River Park is within close proximity to a nesting American Bald Eagle, the park will remain as-is until the hatchlings have fledged and construction can begin again.  Eagle nesting is October 1 thru May 15.

If you’re looking for things to do and would like to visit the new River Park on the Imperial River follow the map below: 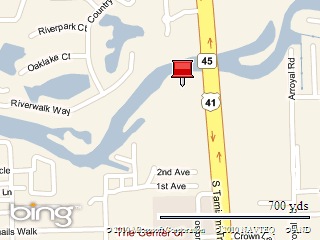