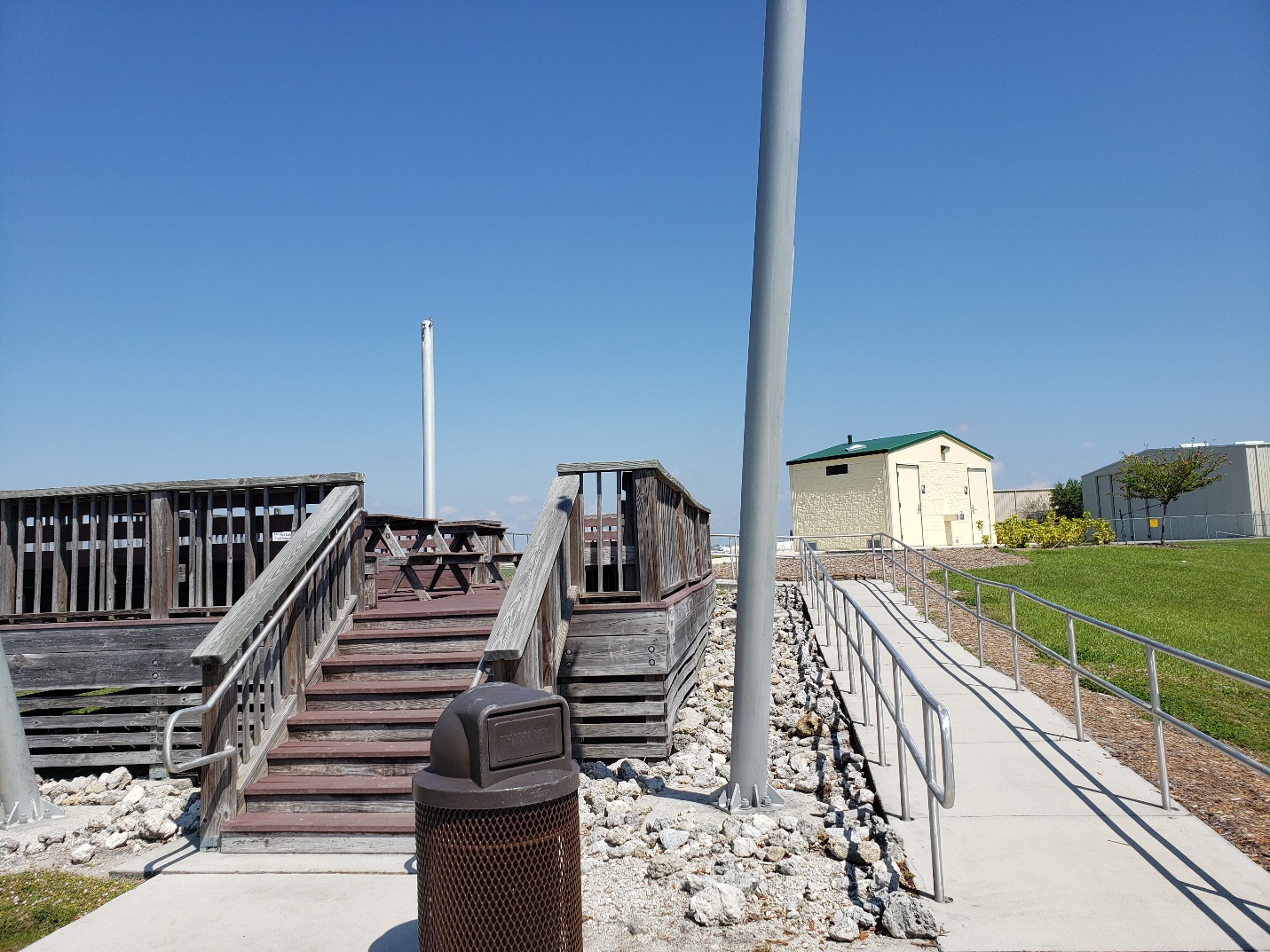 The observation deck is a popular spot by the Naples Municipal Airport to sit back and enjoy a nice day to the roar of airplanes and air traffic control chatter while having a bite to eat, working out, or watching the kiddies play in the little children’s play area. If you are looking for interesting things to do with kids this might be something to try.

There is actually a lot going on in this little area and, in reality, it could be just the first stop on a biking or jogging tour of several new parks in Naples.

There is also a Handicapped parking only walking/biking park just on the other side of the airport that is also publicly accessible via either North Road, or the bike path that runs alongside it. The handicapped parking only park recently was joined to a much larger park via a pedestrian bridge across the Gordon River, which opened in March, 2019. Further down at the end of North Road, there is access to the relatively new Gordon River Greenway which also neighbors both the Conservancy of Southwest Florida and Naples Zoo plus that route leads north to Freedom Park.

The observation deck has benches all around its perimeter and a couple of picnic tables. There is a radio monitoring the tower’s radio chatter. There is usually a couple of “sail” sunshades over the deck area, however it wasn’t there this afternoon when I stopped by; I’m not sure if they’ve been put back up since Hurricane Irma.

There are 2 handicap parking places, 2 gravel parking areas, and plenty of grass parking available. There are a number of trash cans, although I didn’t see any recycling bins.  If you go be sure to take sunscreen just in case the sun sails aren’t up.