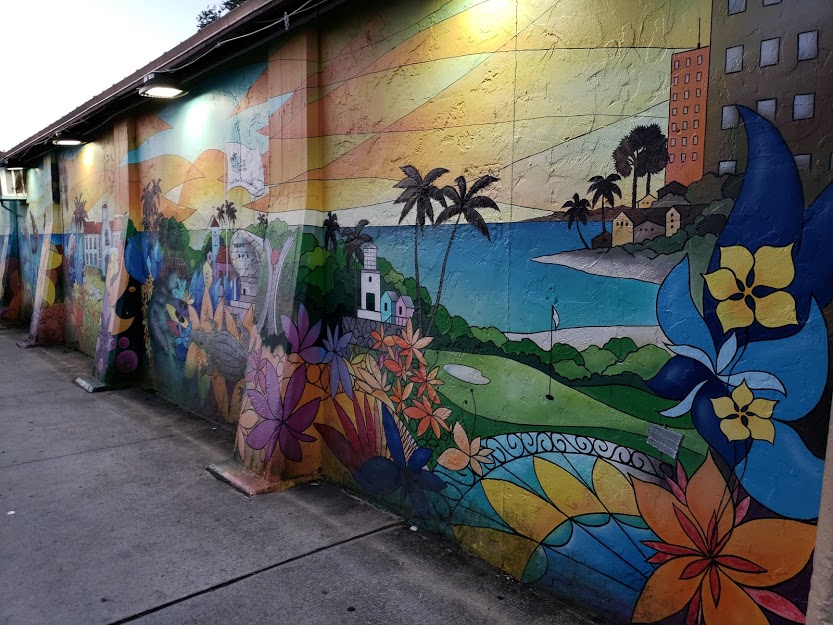 There are a variety of places in town the the City of Bonita Springs has added local art work to.  The city has been adding quiet a lot of art in public places, especially in the revitalized Downtown Bonita Springs area.   Besides a few sculptures varying in medium/construction there are several fabulous murals very near to Riverside Park.

If you’re in for a walking tour it would be very easy to find murals on the side of Benson’s Grocery store, at the other end of that plaza, also.  In addition, there are murals at the old “corner store”, at Old 41 and Abernathy Street, which is also partly a utility building.  Also, across the street from Pottery as Art Store and beside Longitude on Hampton Street there is another great mural.

If you were to take a walking tour you can make a pit stop at For Heaven’s Shakes ice cream … just a suggestion. Heaven’s Shakes is across the street from the fire station at the little roundabout. There is also a beautiful memorial mural of the 911 terrorist attacks on the side of the fire house.

Bonita artist Alex Nunez painted the mural on Bensons and the Centurylink building.