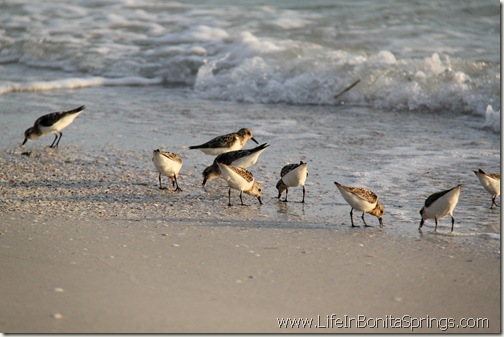 If It’s Alive, You Will Be Fined

We’ve had a recent rash of people getting busted for allegedly taking shell fish from Bonita Beach.  Not just by the park and local police authorities but by Bonitians that know the rules and respect the beach and the wild life enough to stop the shell gatherers.

For whatever reason, beach visitors are finding the sand dollars are out and they’re loading them up to take them home for what ever crafting or Christmas tree decorating project they had in mind.  It’s just wrong and it’s against the law.  What the heck is wrong with people killing living creatures for ornaments, anyway?

Here’s the rules about shellfish.  If any part of it is wiggling or moving, throw it back.  If it’s an empty shell on shore, load it up and take it home.  Besides the shell fish, you shouldn’t bother birds or turtles, either.  Most of the critters at the beach are protected so you best steer clear.  Even the sea oats are protected … so don’t pick those, either.   That whole, “Take only pictures, leave only footprints” slogan is for real.  You’re not allowed to take anything alive away with you when you leave Bonita Beach.

The fine for having live shellfish starts at $500 and goes up from there, including up to sixty days jail time.  You’re too pretty for prison, so tow the line.  Didn’t you see the sign on the way to the beach anyway? 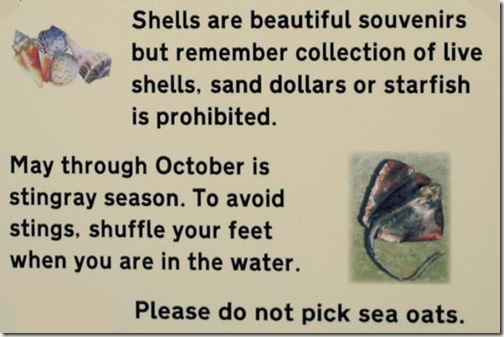