Just a Block Off of Bonita Beach | The Mailbox Series 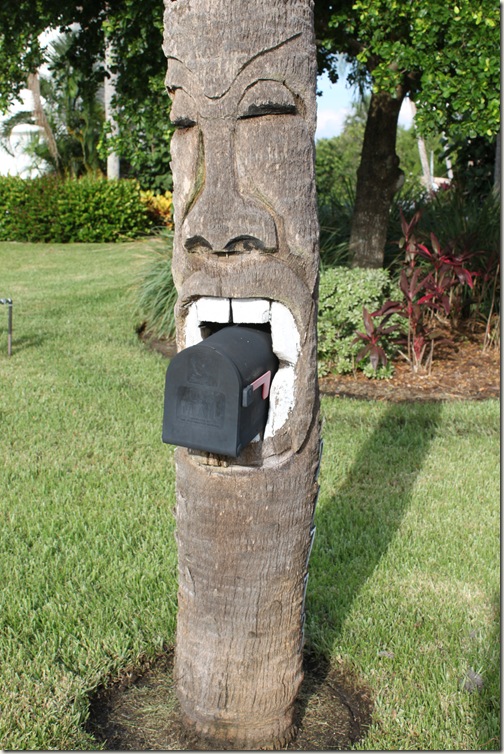 While driving down Hickory Blvd. last week I decided to drive by the home on Kings Kew with the Passaflora to see how their mailbox plant was doing.  Yikes.  Miracle Grow, buddy.  Make friends with it.  My inspiration was wilted and it looked like the caterpillars had found it at one point or another.

After I visited the plant I drove down Forester Drive. Many years ago I almost built a home on Forester Lane, right off of Forester Drive. It’s right across the street Bonita Beach near Doc’s Beach House restaurant and because the lots are gulf access canal front you can have a boat in the back yard.  Twin toddlers and gulf access real estate didn’t mix in my opinion so that home was never built and the lot was sold.

There were a couple of really cool mailboxes on the street, including this totem pole mailbox.  This is the second totem mailbox.  There’s one on Fort Myers Beach planted upside down so that the roots look like hair.  Who thinks up these things?

See the Totem Pole Sacrificial Mailbox.  I keep hearing the them from the Bond Film, Live and Let Die for some reason.

If you’re looking for Doc’s, Kings Kew or Forester Drive here’s a map: 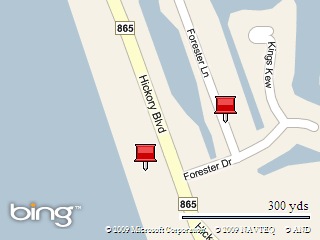