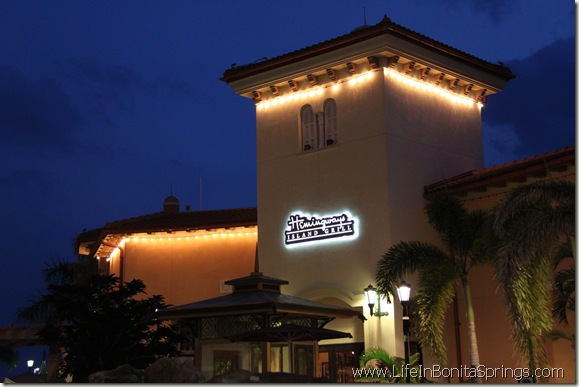 Hemingways is now out of business, FYI

In an effort to update and reorganize the  Bonita Springs/Estero Top Ten restaurants on this blog, I invented a little group on Facebook and Meetup to organize a way for a few local Bonitians and Esteroans (sp?) to join me.  We have about one hundred - forty members now and we’re growing.

The first restaurant to host us was Hemingway’s Island Grille at Coconut Pointe in Estero Florida.  We had about twenty participants join us and we immediately started scheduling the rest of the summer restaurant meet-up tweet-up Facebook-up locations.

The next is at Bamboo Cafe in Naples, Florida.  You can find more info about it on the Facebook and Meet up group links above.  It’s not too far of a drive from Bonita Springs and down by the docks and the pier so you can find something else fun to do when you go, also.

What can I tell you about Hemingway’s that would benefit you as a local or even a visitor?  To begin with the decor is fun, relaxed, tropical and there really is something on the menu for everyone.  Some of the guests had mojitos … and it looked like they were going down easy!

By the way, there is a children’s menu. While I don’t have little people around the house anymore, I do check for you moms and mommy bloggers.

I can attest that Hemingway’s does have the best bottled water in town, and the lobster ravioli was absolutely delicious.  Sunday, will officially be my “cheat day” while the Southwest Florida Restaurant Crawl is in progress.

By the way, there were so many people that showed up at Hemingway’s that I barely had time to eat and actually didn’t realize everyone had placed their orders until their dinners came.  That actually presented a unique opportunity to poach some onion rings and salmon spinach salad from a few other members … and their orders were delicious, also. 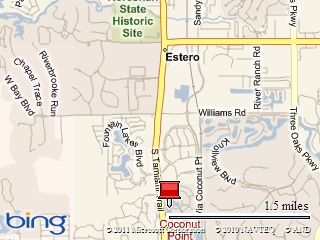 Hemingway’s turned out to be an excellent venue for a group, a noisy group at that.  We stayed in the bar area which had high top tables, room to walk and room too skoooch tables and chairs together to make groups bigger and smaller.

With the help of the great servers at Hemingway’s, we eventually we owned every table and had them all in a row, peppered with the debris resulting from consumed dinners and appetizers.

As we left Hemingway’s, the live music in the courtyard between Pagelli’s and Hemingway’s was just beginning. The performers are always fantastic and the music styles and bands changes frequently.  On this particular evening there was a tenor singing and it was just beautiful.  Even the weather cooperates in evening.  Once the sun goes down the weather is just gorgeous.  It’s a beautiful way to spend the evening in Florida.