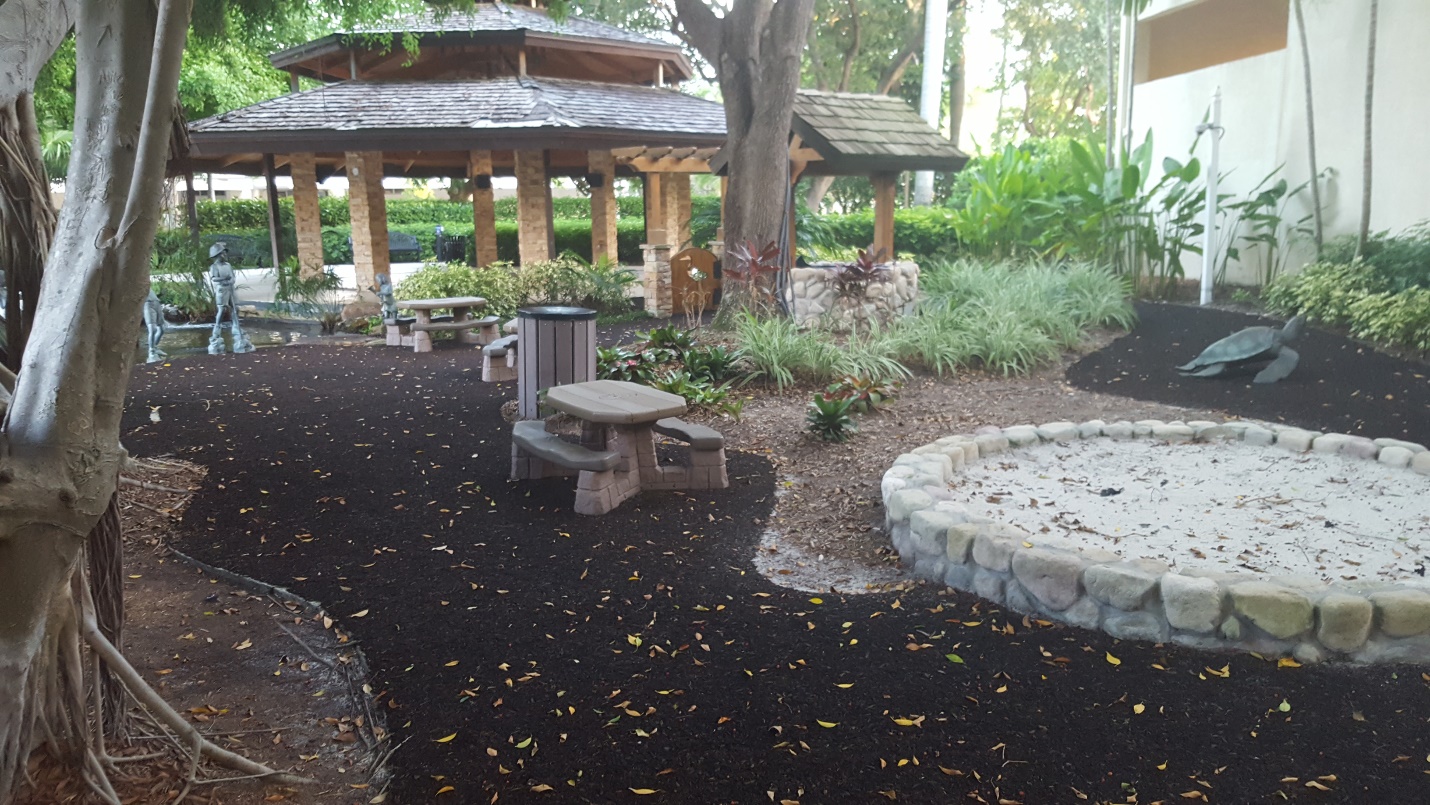 I’ve spent a fair amount of time over the past few years visiting downtown Naples Community Hospital but only recently visited a little pond and garden area at the NW corner of 8th St N and 2cd Ave N named The Garden of Hope And Courage. It is actually a little bigger than I at first realized, and there’s even a little play area for kids tucked back in the corner.

Apparently, during construction at the hospital back in the 1980s, they encountered an artesian spring and rather than fill it in they decided to make a nice little garden and pond area.  It is dedicated to Dellora and Lester Norris, whose idea it was to create the sanctuary.

I think the biggest surprise to me was finding a little children’s play area with several tyke-sized picnic tables and benches for bigger sized folks. The paths around that area are made of some kind of compacted mulch which is pleasantly springy to walk on. There is a small stage set up with a couple of percussion instruments, one made of wood slats of various lengths, and the other of metal tubes. So, of course I played with those for about five minutes a piece.

There is a gazebo, a sandbox and a wishing well in the play area, as well as one of several water fountain features found around the lake.

There are several entrances to the park, it is surrounded by parking areas for the hospital. I don’t know what the hours are but there were lights all around the walking path. I don’t believe it is pet-friendly, I did not see any bag-dispensers like you would expect if it were. As far as I am aware, it is free of charge.

If you find yourself spending time visiting someone at the hospital and need a relief or a way to stretch your legs you can take a walk in the park.  You can read more about the Garden of Hope and Courage Park and its mission at their website www.gardenofhopeandcourage.org