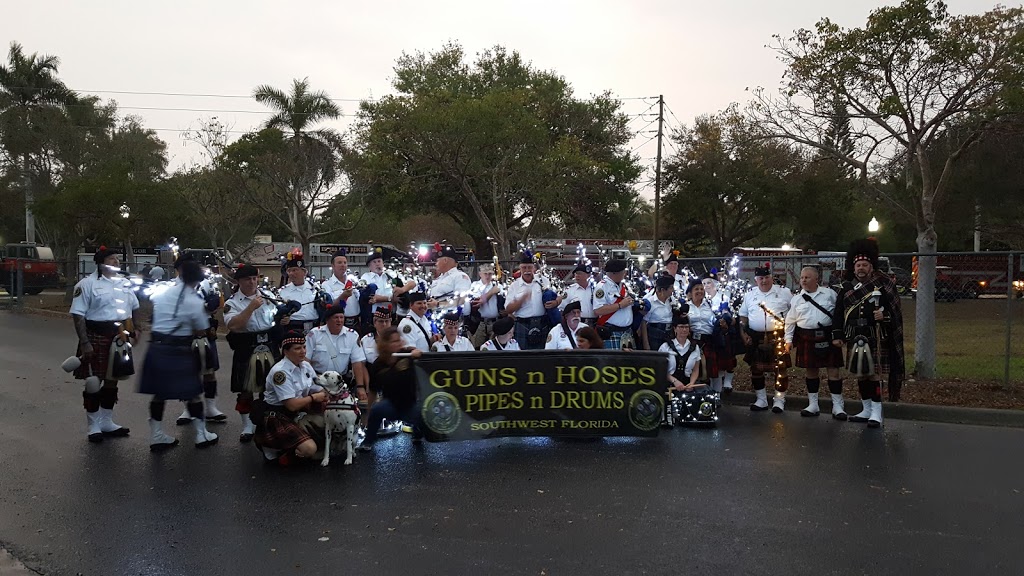 As of 2019 the Edison Festival of Lights Parade had an eighty year history behind it. The parade itself is wildly popular and simply an enormous parade.  Long story short, people start setting up chairs and staking their spot on the parade route weeks in advance. The Edison Festival of Light Parade is a night time parade so it has a totally different perspective than most day time parades.  The participants range from local school teams and clubs to miniature ponies pulling wagons to the pipes and drums bands.

There is a lot going on in downtown Fort Myers surrounding the parade and events around the parade. If you go be sure to check the official website for parade details, including route changes, and announcements of other events happening near the parade.  It’s one of the most fun things to do in Southwest Florida and definitely fun to do with kids.

The Edison Festival of Lights parade is suitable for all ages; dress accordingly, bring strollers if needed and be ready for all the fun that comes with celebrating Southwest Florida’s most famous winter resident, Thomas Edison.