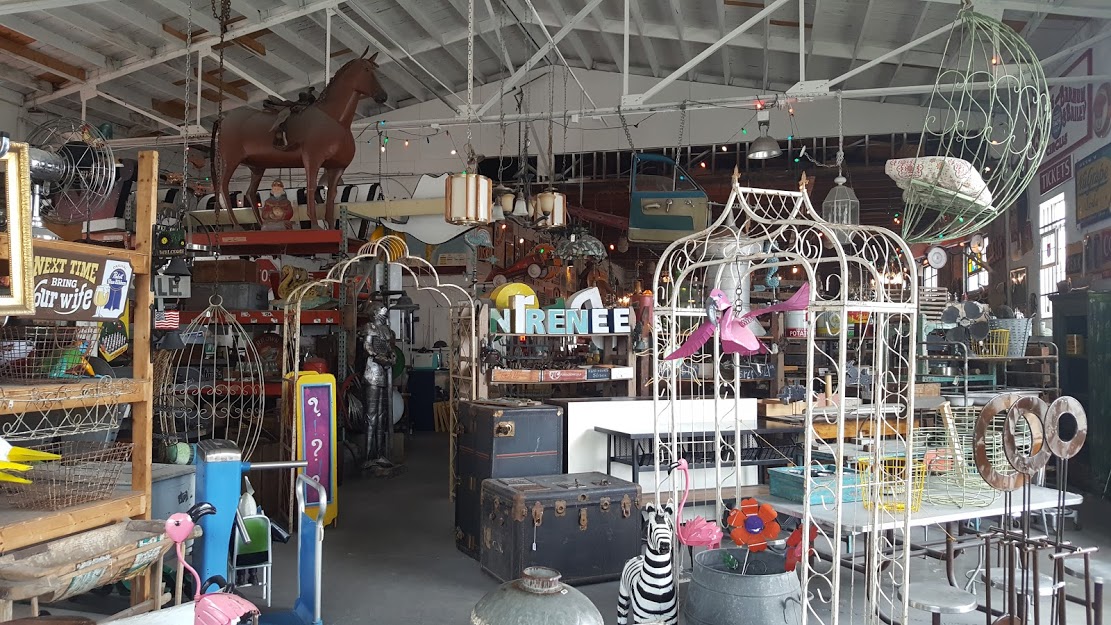 If you’re looking for fun things to do like a day trip to Sarasota, Florida consider a drive up to tour Circus City Salvage. It is sort of difficult to describe the warehouse store.  It’s has a lot of salvage from old buildings and homes, tons and tons of antiques, novelties, collectibles, reproduction statutes and stuff. Just plain old stuff that you didn’t know that you’d love.

From Bonita Springs, Circus City Salvage is about an hour and fifteen minutes north.  It’s an easy drive on i-75 and not far off of the interstate.  For those who know me or have been to my house it’s where I have gotten interesting items like reclaimed stain glass windows, the huge cast iron mermaid statue and the antique bathtub.

Go early because the building isn’t air conditioned or it wasn’t the last time I was there. In the summer it can be a bugger.  When you are done look for a cute restaurant called The Rosemary which isn’t far away. You also aren’t too far from the waterfront and St.Armands Circle if you’d like to tour the sights.