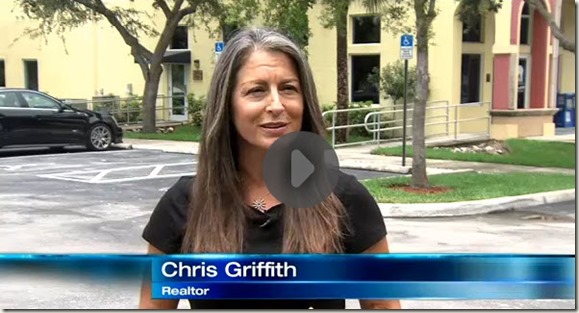 Real Estate in Bonita Springs is on Fire

Move over California, Texas and New York! Florida is now tied with New York as the third most populous state in the U.S. People are moving back to the sunshine state at record rates and it's affecting the workplace, real estate and the economy.

"We knew it would come back, and it came back like gang busters," says Realtor Chris Griffith.

The Demographic Estimating Committee just released new number, Florida came in higher than last year, now at 19.26 million people. That's up one percent after a rough eight years for everyone including Bonita Springs Mayor and business owner Ben Nelson.

Those who didn't survive are now coming back, looking for places to work and live.

"We're seeing it come back, and come back really quickly now," Griffith said.

"It's telling us that things are great people are back here bargain shopping trying to get their real estate before interest rates go up," Griffith said.

There's been so much interest from people wanting to move to Bonita that there simply isn't enough room. So the city hired a consultant to look at vacant property east of I75 and north of East Terry Street to see what it could be in the future.

"People are going to do what's the highest and best use of the property," Nelson said.

What that is- still unknown, but space that will likely be filled. The committee estimating Florida will surpass a population of 20 million by 2016.