Located on the border of Estero Bay at 4851 Bonita Bay Blvd. is Tavira at Bonita Bay, a luxury high rise condominium. Tavira is one of the newest tower structures in Bonita Bay and offers sweeping views of Estero Bay, the Gulf of Mexico, mangrove estuaries and the community of Bonita Bay.

Tavira at Bonita Bay is a twenty-five story structure which has ninety residences plus quest quarters.

Tavira is one of the coveted offerings in Bonita Bay luxury real estate.  A doorman is on site and all access to the building is fob controlled.  The elevators are private and fob controlled for security and the elevator opens to a private, personalized, resident decorated foyer.

The parking area is also only accessible by Tavira residents.  Some residents have also purchased private two car garages on a first come, first served basis during construction and initial sale of new construction.

The exterior amenities of Tavira at Bonita Bay include a resort-style swimming pool with lap lanes, an oversized whirlpool, outdoor bar with screened cabana and fireplace, barbecue grills. Tavira also offers a rooftop sunset terrace which provides a great spot for entertaining plus picturesque views of Bonita Beach,the bay and the Gulf of Mexico.

Interior amenities include the clubroom which is nicely appointed with a bar and catering kitchen. In addition, there is a theater-media room and card and game rooms will provide superior spaces for leisure. The Tavira health club is a fully equipped fitness center including free weighs, machines and cardio equipment in addition to steam and massage rooms.

Tavira also offers a full time manager in residence plus two designer-furnished suites for your overnight guests. Guest suites are available by reservation online or at the managers office. 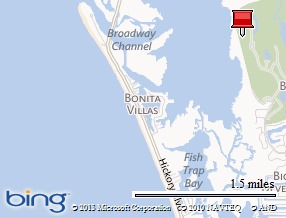 Contact Chris Griffith today to learn more about buying or selling a home in Tavira at Bonita Bay.

Seaglass at Bonita Bay will be the next Bonita Bay luxury highrise entering the real estate market October 2014.

C8563- Spectacular gulf and bay views are just one of the many things this one-owner unit has to offer. 3 bedroom with 3 en-suite baths, plus powder room give your guest...