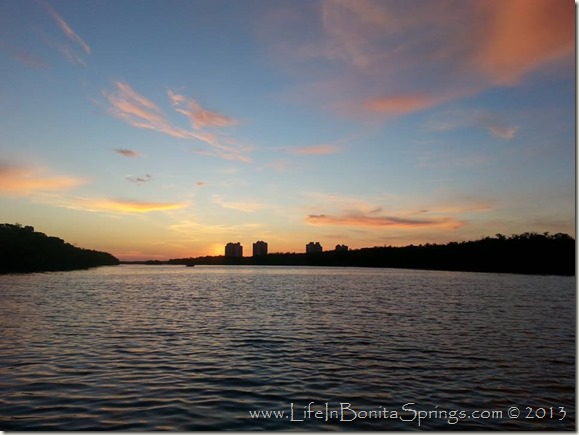 Recently, I had a conversation with a home owner who was considering selling their Bonita Springs home.  Towards the end of the conversation the home owner asked if I mostly sold real estate in Bonita Bay because there has been so many postings on my website about it.

Truth be told, I sell real estate everywhere and any type of residential real estate.  I’ve had multi-million dollar listings at the same time that I listed real estate under $100,000. Real estate is real estate.  Sure, selling the high dollar real estate might enjoy larger return when counting a closed sales but the fact of the matter is that a successful real estate agent can not enjoy a long term career without accumulating a pool of past and present clients who tell their friends about “their agent”.

Consider myself, for example, with over fifteen years in the business.  I can’t imaging how many title companies, attorney offices and real estate offices I’ve been to over the years.  Throw in home inspectors, mortgage brokers and any other service trades used in in the process of real estate transactions.  After a while, those people also trust and refer real estate from their friends and family.  They’ve probably first-hand-witnessed me power through an ugly transaction or two.  I’m not an alarmist so I just get stuff done without the drama and most people appreciate that.  Sometimes the buyer or seller has had so much of the grief handled behind their back they didn’t know that they were in a miserable transaction. Yes, I could write a book.

I guess what I’m saying is that with this length of time in the business combined with the width the pool of people I know brings in all sorts of business.  I wouldn’t turn away one of them, either, whether it was in Bonita Bay, Bonita Shores or Arbel.

So why so much about Bonita Bay?  Well, I don’t do things the easy way and have chosen to write and produce my own real estate content on my real estate website.  It’s just that lately I’ve been writing about Bonita Bay … a lot. My land, there are over 50 neighborhoods in there!  I’ve written about dozens of other neighborhoods in Bonita Springs and Estero, too, though.  Let us not forget The Mailbox Series, my sly way of writing about the mere 35% of the city of Bonita Springs that is not gated.

If you’re a consumer you’ve probably been bored to tears reading about a neighborhood online before, those two or three generalized sentences about a neighborhood.  So general, in fact, that the webmaster who created that text probably just swaps out the name of the community for each neighborhood written about.  I actually write extensively about the communities and take pictures of the area, the amenities, architectural features, street views and more.  It’s combined with original text about the community and sometimes it even includes a video.  It’s a superior tool for marketing listings and there are so few real estate agents who use it.

I’ve bought a home from a long distance before so I feel that I know what consumers want.  They want to know how far away the beach is, what amenities are included with ownership and how many homes are on the street not just “Bla bla bla is a gated community and includes membership to the such-in-such golf course”.  Lame-o community profiles … I’m not telling you anything you don’t know.