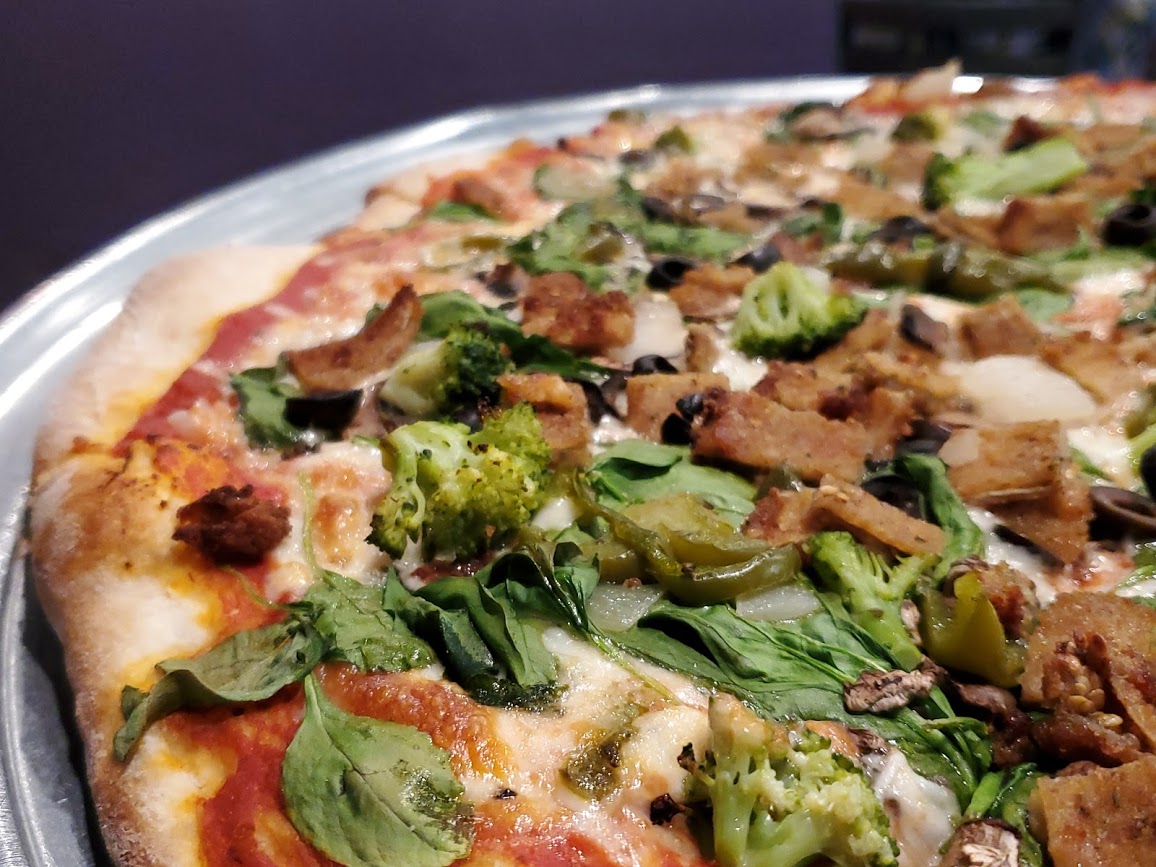 So Jerry and I thought we’d hit Seed to Table to pick up eggplant for his egg parm recipe.  Melinda had taken photos and they looked soooo good.  Since they’ve only been open a few days it was a total zoo in the parking lot so we drove right on by and ended up at the Publix at Bonita Grande near Worthington and Quail West.

Well, two interesting things happened – first I met a group member from the Bonita Springs Estero Community Forum in the checkout line and second we had a great pizza at Dolce Rita’s.

Dolce Rita’s is located at the north end of the same Publix is located in.  It’s described in google as a strip-mall outpost offering thin-crust pizzas, pasta & other Italian meals in a casual setting.

We ordered a veggie pizza with an addition of eggplant and it was delish.  We polished off 1/2 of a huge pie and took the rest of it home.    Breakfast!

If you go, Dolce Rita’s is a casual restaurant and I believe there was wine and beer. We’re not drinkers so I am not sure about other adult beverages.  They also serve desert but we hadn’t budgeted room in our bellies so we have saved that for another day.