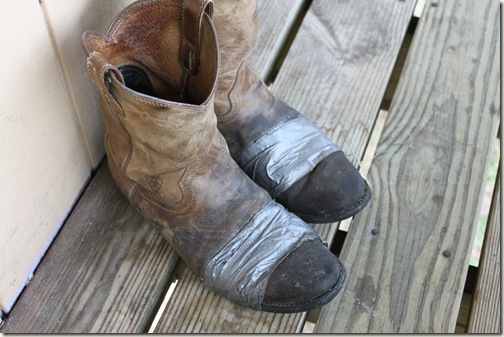 This Was a Courtesy Tour a Friend Gave Me - Not For Hire.

You know I’ve got connections, they’re just not the sort of connections that most people expect when they hear about “connections”.  This would be part three in the trilogy of Florida connections.  First there was the Canoeing the Imperial River, then there was the Touring the Florida Everglades and now there was the swamp buggy tour of east Bonita. 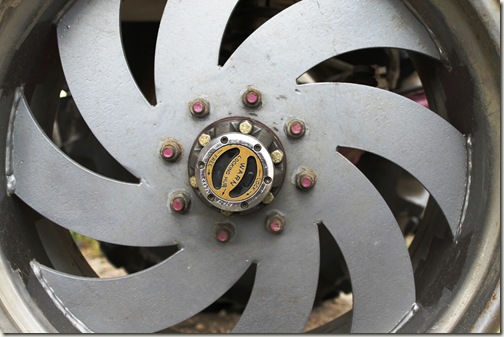 This wasn’t just any swamp buggy I got to ride on, either. It was outfitted with rims.  Who knew you could put dubs on a swamp buggy?  Gangsta outdoorsmen. 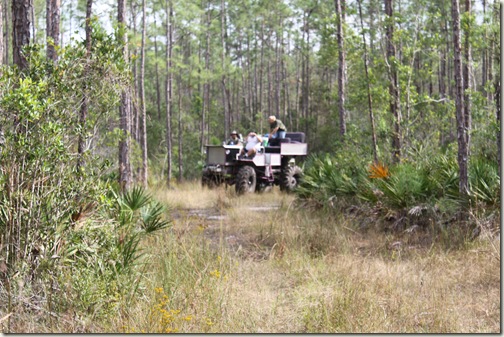 See this swamp buggy and the people on it?  They aren’t riff raff.  They’re bona fide Florida wilderness outdoorsmen and outdoorswomen.  There was a lot of camo being worn.  In particular, lots of camo hats. 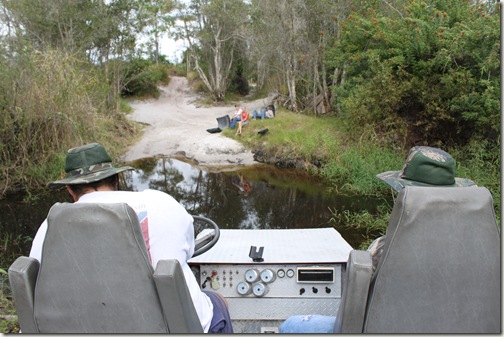 The Cheap Seats in East Bonita

This picture serves a few purposes.  First, there’s camo hats to prove that there was a lot of camo out there.  Second, it shows the tough guy "host" in charge of this trip and three, it shows the riff raff in the back ground.  Who sits on a river bank drinking beer, laying in a half culvert pipe at 11:00 a.m. on a Sunday morning, just a-waitin’ for someone to ford the river?  Believe me, there wasn’t much going on out there so we were probably the only show in town. 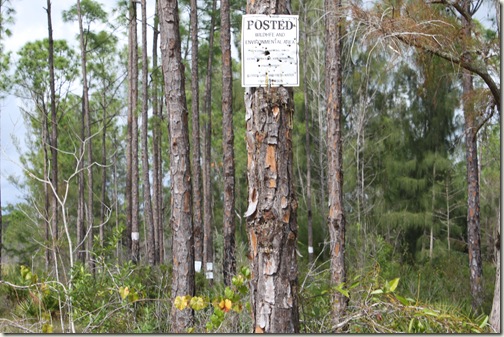 Not Everyone Gets To Play

For the most part, I gathered that you shouldn’t touch most things out their because it’s either protected or will bite you.  I’m all about staying out of jail and the emergency so I took only pictures and left only footprints.  I would imagine that gun use is probably regulated out there too but you wouldn’t know it by the condition of some of the signs and posted notices riddled with holes. 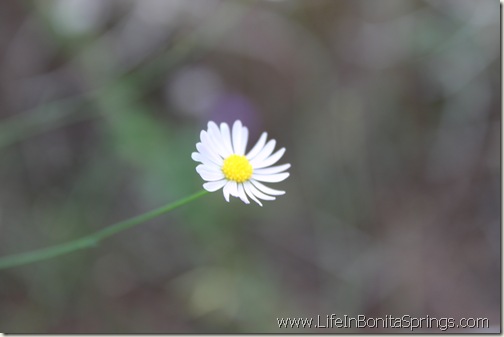 Butterflies Are Everywhere in The Woods

From the pictures the land looks dry and brittle but up close there’s tons to see.  You just have to pay attention to the details.  There are little flowers all over the place.  You know, Ponce de Leon named Florida after flowers.  The butterflies like the flowers.  They were everywhere and had the most unusual colors and markings.  These are some of the little flowers that I found out there: 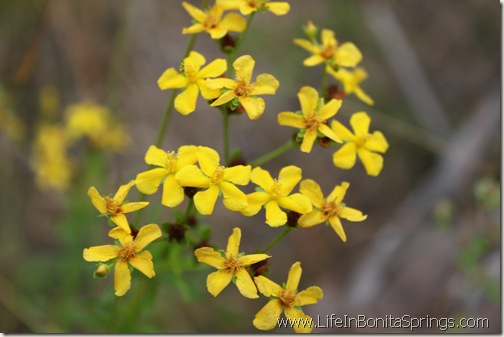 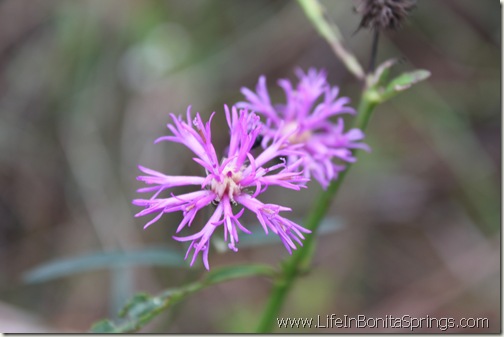 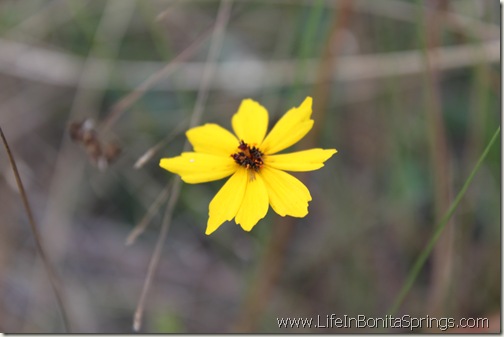 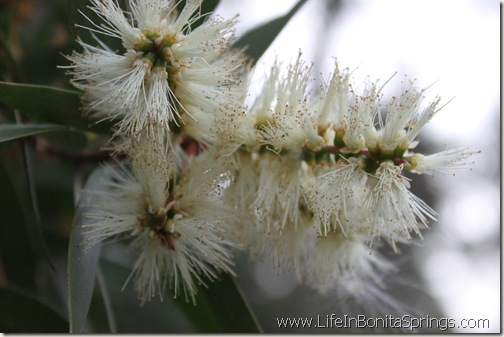 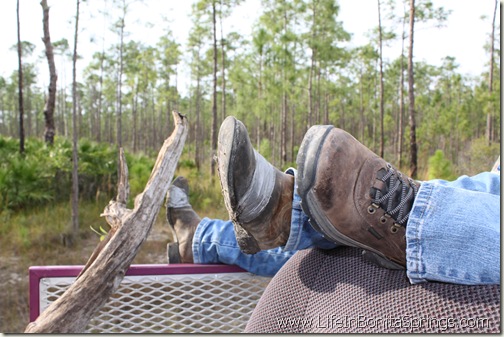 Aren’t these cute feet?  Duct tape aside, I mean.  That boot on the right belongs to Goldie Locks.  She’s really pretty and very tolerant of duct taped boots. (not really) I’d take her picture for you but her eyelashes are so long I was worried they’d get stuck in the shutter.  Maybe some other time, with a telephoto lens, from a safe distance. For the record, she is absolutely nothing like this, mean vicious creature. 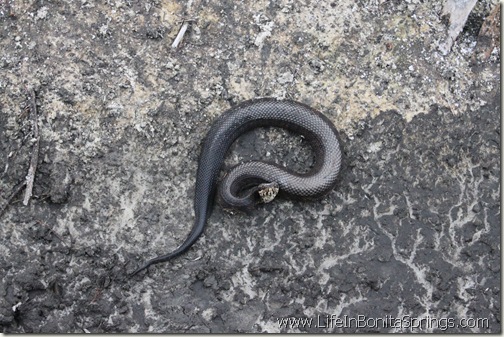 This snake was so mean he was snapping and biting at the vehicle, like he could win that battle.  He had been feeding in a puddle of minnows and tadpoles and was fat … and angry.  I saw this beast *after* I had walked around in weeds taking pictures of tiny, cute flowers. I was probably asking for it, wasn’t I?  She’ll be staying in the swamp buggy from now on.  We hit the trail for home as the sun was going down. 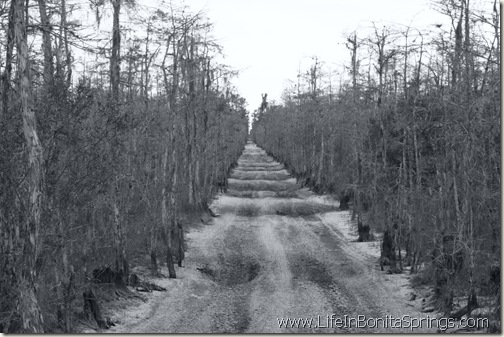 Special thanks to the great hosts who took me on their Sunday excursion to the woods. It was a lot of fun and I’m so glad I got the chance to go and a reason to wear a camo hat. This was a friendly ride from friends. They do not offer tours to the general public.