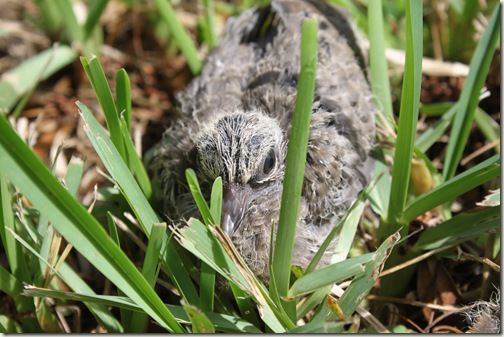 Are You Looking at Me? 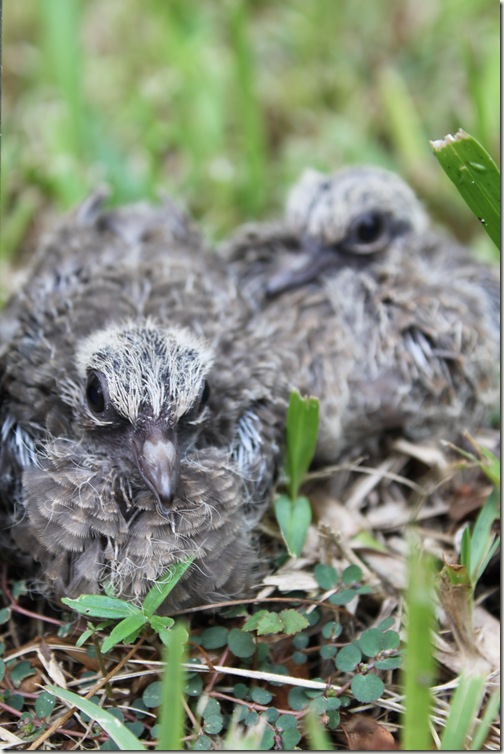 The sun was going down and I was rushing so I didn’t realize the depth of field of my little friends.  It at least gives you the chance to see those baby birdie feathers up close. 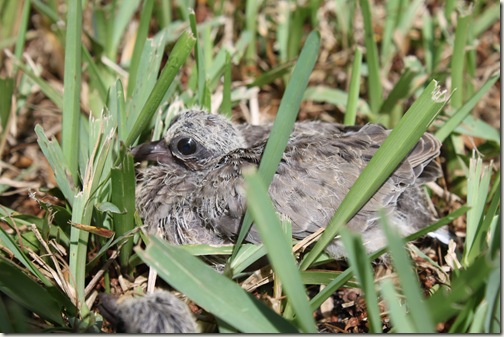 The baby doves were spotted first thing this morning in a driveway, very close to the street.  They had fallen from their nest, or pushed. I don’t exactly know the protocol for birds flying the coop. 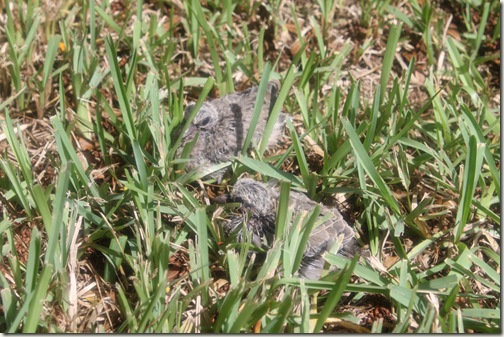 The nest was close to a home.  Dove nests aren’t exactly engineered.  Dove nests aren’t really nest shaped but more raft shaped. I’m wondering if they were just too big and either fell or jumped.  They almost have feathers.  Not wanting to mess with nature we let them be.  The mother was nearby.  The father was off at a bar with his buddy’s playing pool and darts. 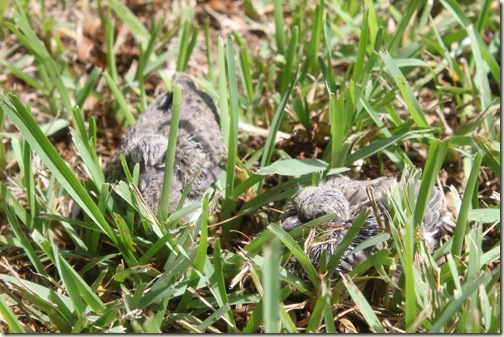 It later rained and one of the birds was in the buddle up to his head.  I took a long leaf and circled his body and put him in the grass with his brother.  I didn’t touch him, the leaf did. 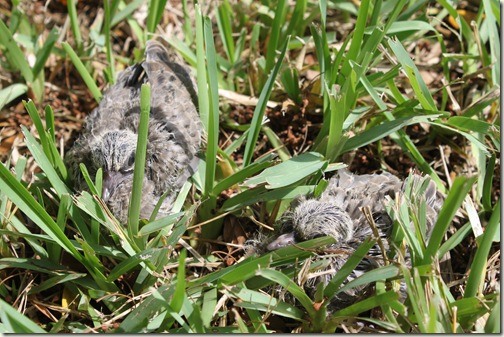 The birds had an all day travel from the end of the driveway back to the bushes by the house.  It was a long trip and took several hours.  As night fell they were only a few feet from some juniper bushes.

We guarded them all day with an orange traffic cone.  Every hour we moved it along side of them to make sure lawn service, cars or even someone walking in the grass around the house didn’t step on them.

This bird is saying, “Orange cones scare the crap out of me.  Thanks for helping, lady.”