The Horses at Flesher Farm 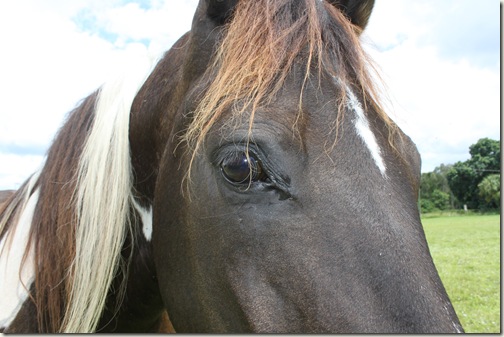 The owners of these horses contacted me a while back. I had taken pictures of her boys in the Fourth of July parade and she requested a copy.  Bonita Springs has three Walgreens, maybe more.  It was a snap to upload them to the Walgreens nearest her home and she picked them up the same day.

I had been looking for horses to photograph so when I spoke to the owner of the horses I asked where they were and if I could take some pictures of them.  They’re usually in the barn but one day when I drove down Bonita Grande Road in Bonita Springs, Florida they were out grazing at the Flesher Farm.  The Flesher Farm was once the Christmas light place.  Back in the day the entire ranch was decorated like crazy and dripping in twinkle lights.  It’s been a few years since the lights were up.

After I parked the car I decided to chance interacting with someone else’s horses without professional supervision.  If you’re expecting glorious pictures of stately beasts with muscles and veins glimmering in the Florida sunshine, you’re definitely not getting it.  While Tonto, the black and white horse kept nibbling, the Skip, black one decided to come check me out.  It seemed innocent enough … 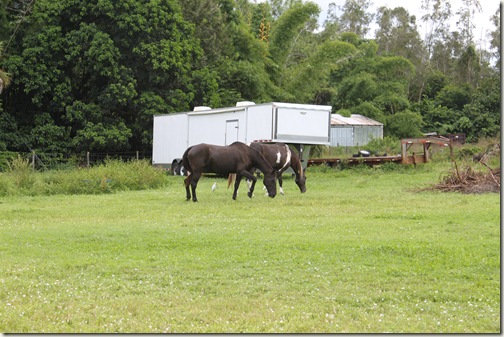 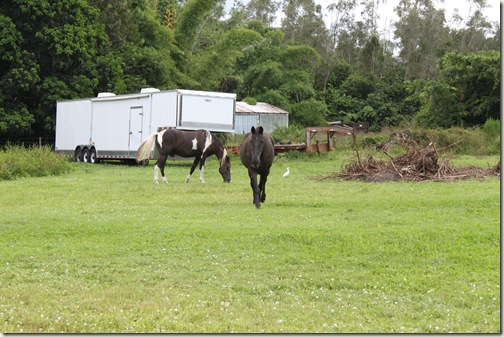 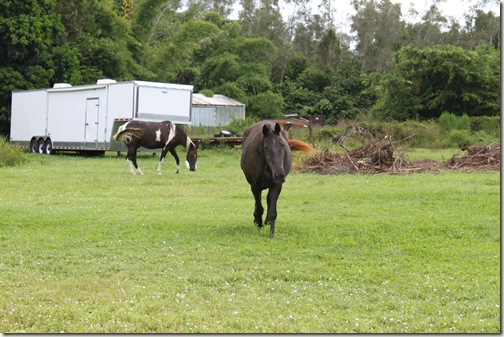 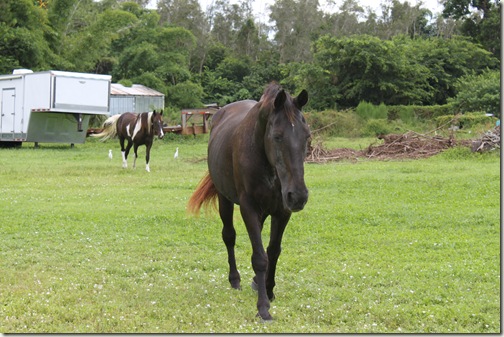 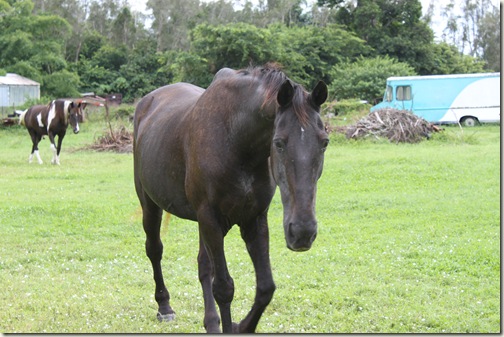 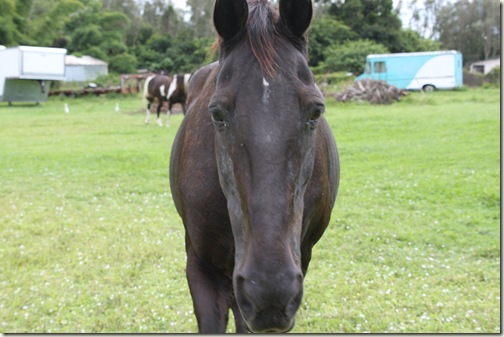 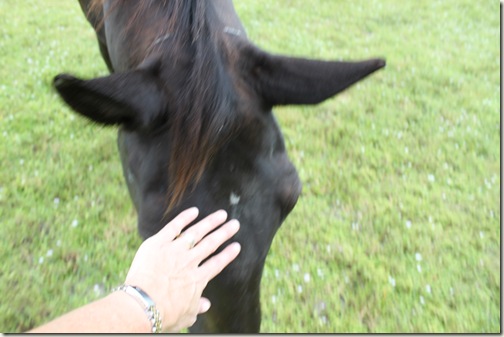 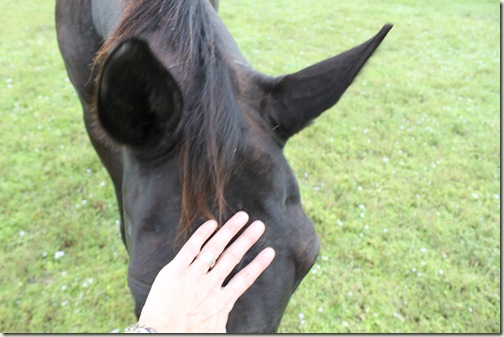 My hand was flat on it’s forehead pushing and I thought: I’m probably in trouble here.  As if I have a chance at even influencing 1,000 lbs of horse.  I kind of stepped to the side and prayed it wasn’t going to prove the “I’m bigger than you, point and come back for more shovin’.”  He coasted by instead and then decided to leave me alone. 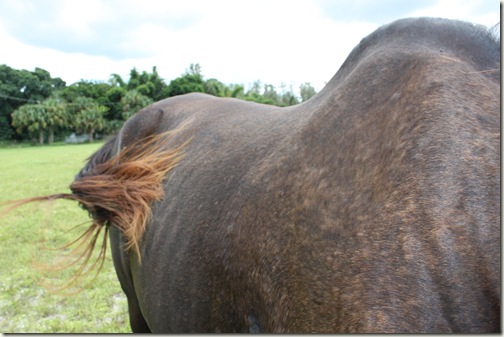 Crimany, I had horses most of my younger life and I totally wussed out and got bullied by a horse.  I kept taking pictures though!

There weren’t but a few other shots I popped off since I was still thinking about that whole being trampled situation.  I was also busier counting my lucky stars that the horse was only being a smart aleck.

While I was actually wearing sensible shoes this time, the entire shoving event would influence why I decided to keep my distance with the goats.  They’re little but there were enough of them to gang up on me if they “organized” and I wasn’t taking chances.

Here are a few images after the shoving match was over: 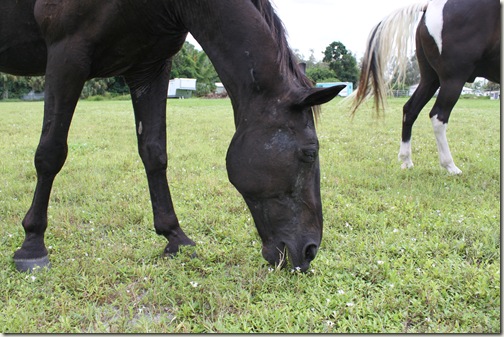 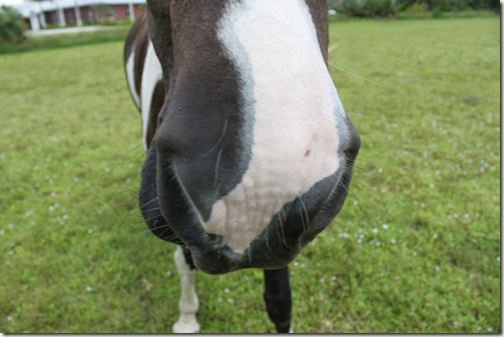 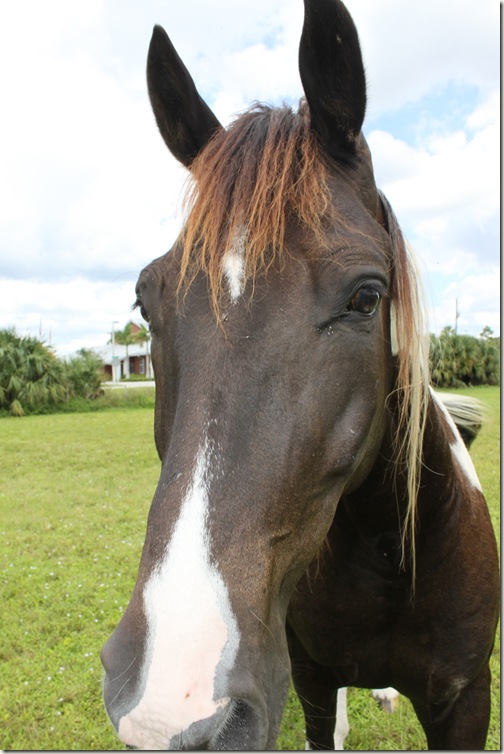 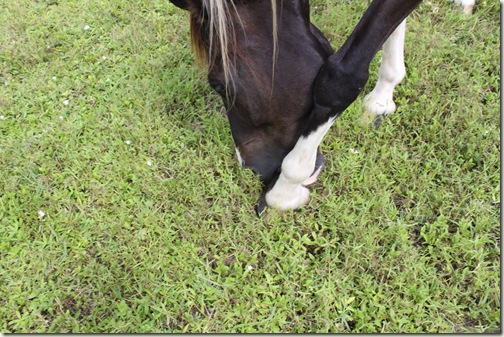 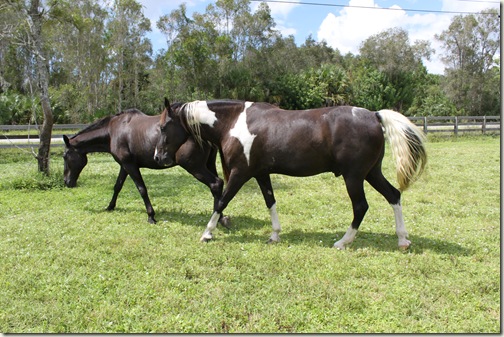 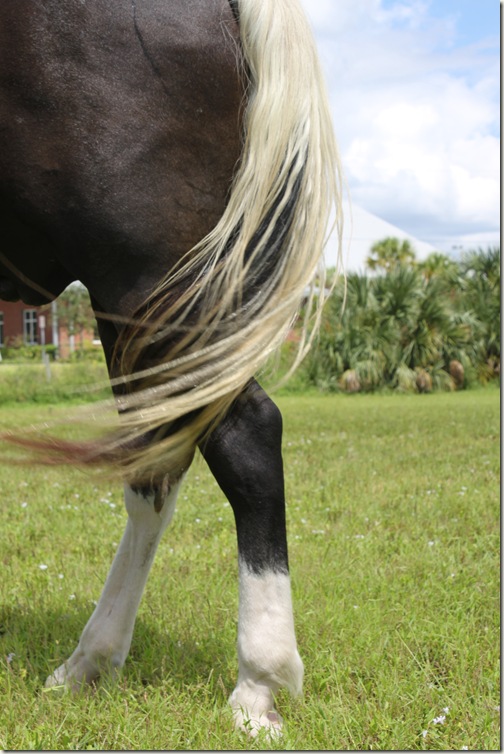