The Bird at Big Hickory

Fine Waterfront Dining For Birds, Too 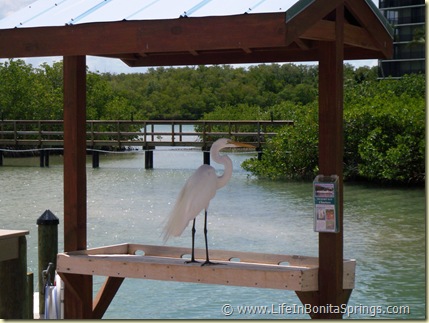 A few days ago I took a lunch trip to Big Hickory Grille on Bonita Beach.  You can read about that here:

The weather has been perfect lately so I took advantage of outside dining.  The dock has new brick pavers and the marina has never looked better.  On my way to the restaurant I saw the bird that is up there in that little hut.  His name is Floyd .  Floyd has it made.  He just hangs out at the marina and waits for fishermen to get clumsy or generous, if it was a good day of angling.

Did I mention how smart Floyd is?  He is.  He’s a con artist disguised as a bird. With almost no fanfare he parachuted on to the chair back after flying his coop. 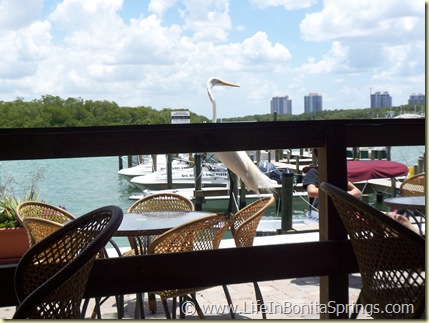 Take a look at those claws. I’d like to call them talons but I don’t know if a bird this nice is equipped with talons.  They’re not dangerous looking … to me anyway. 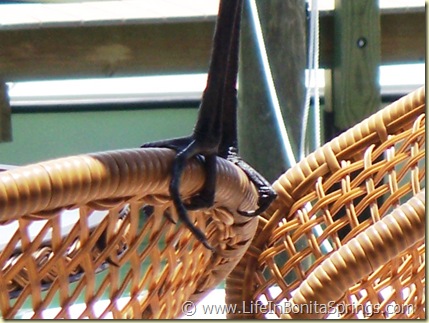 Minutes later he materialized on the other side of the patio.  I imagine he’s in charge.  With all the tourists running around the docks, someone has to keep order. 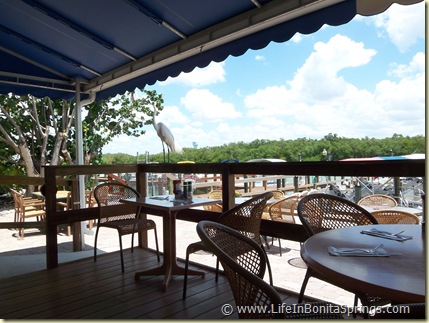 He looks orderly, don’t you think?  Almost like, he’s an officer of the law with zero tolerance.  I can see zero tolerance in his eyes. 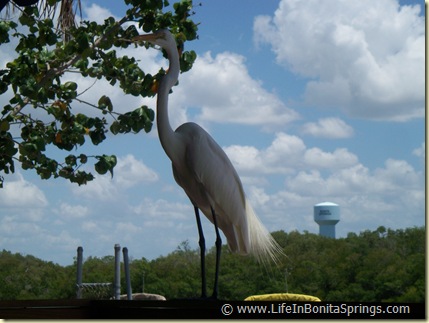 Here’s Floyd letting some Wisconsin tourists know that they better tow the line and that this is a zero tolerance establishment that doesn’t put up with monkey shine and thievery.  He just wants to make sure they were aware of the rules and what is expected of them as tourists.

The rules are simple: Take only pictures, leave only footprints, respect my authority.  Regards, Floyd 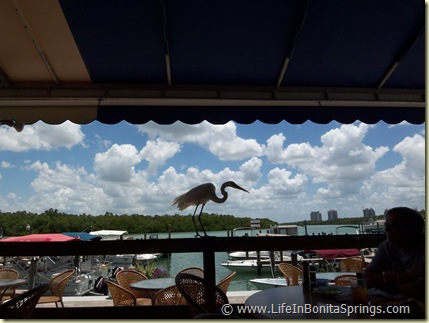 Once in a while there are bad law enforcement officers.  Watch as surveillance cameras catch Floyds sly move.  See him sliding that foot slowly over to the Wisconsin tourists? Like nobody will notice the grift he’s working.  Pft! 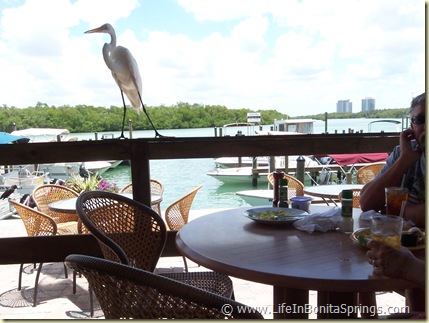 Hey, Wabasha.  Look at the size of the fish that kid has out on that dock behind you! 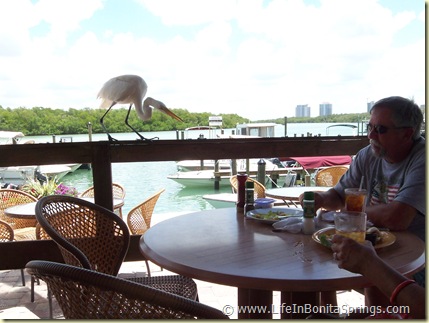 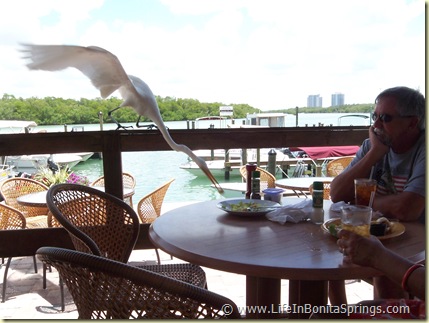 I really expected to see that square crouton form in his throat. 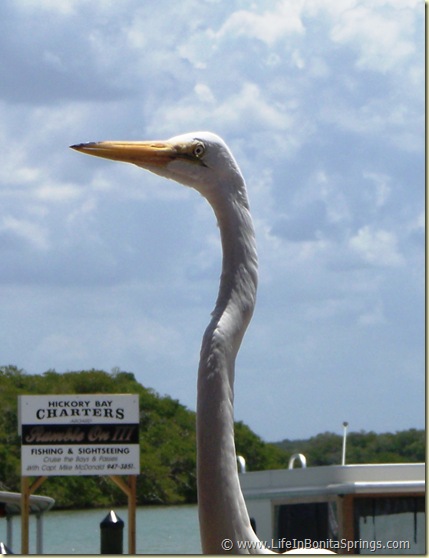