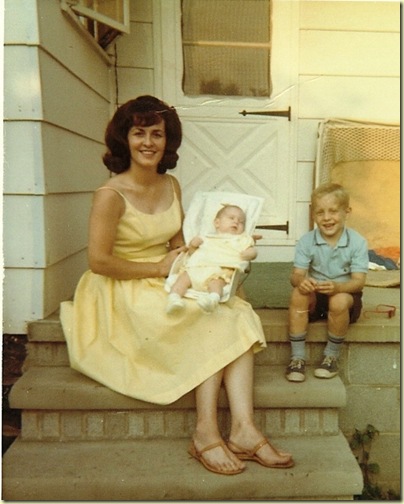 Today’s my birthday so I decided to roast my alleged family myself and spare any of my prankster friends the indignity they may cause themselves posting embarrassing tid-bits about me.  I’d also purge myself of the truths I’ve been hiding from you, my readers and the public.  It’s all sordid and shameful, but here goes.

If you haven’t guessed yet, my mom was Annette Funicello. It’s true, look at the photo.  Annette, I mean my mom, really bounced back after having a baby, if I must say so myself.

In addition to having a famous mother, my brother was on the brink of fame, as well.  ‘Member Eddy Haskell? Well that’s him before he became the blatant kiss ass you all loved to hate from the show Leave it To Beaver.

See his little hands?  There’s probably a peanut or a cherry pit or something in there that he’ll jam up my tiny baby nose when Annette’s not looking.  That’s how he rolled.  A teflon coated attacker that complimented Annette on her Romanesque choice in thong sandals long enough to distract her from seeing him pinch me and ram something up my nose.

Staged Family & A Baby in The Bull Rushes 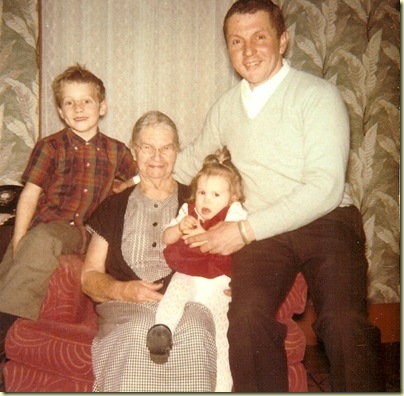 This photo was taken at the exact moment that I realized why Annette looked good after *allegedly* having a baby - I was  adopted.  I had to be.  It’s the only thing that makes sense from this point forward.  Eddy Haskell over there on the left with, with the blue eyes and dimples showing, can not possibly be my brother.  He’s the only one in this crew with blue eyes and besides, I only have dimples like that on the backs of my thighs.  The man on the right *pretending to be my father* was simply the first man who attempted, and failed, to quiet me.

A Smart Ass Since Birth 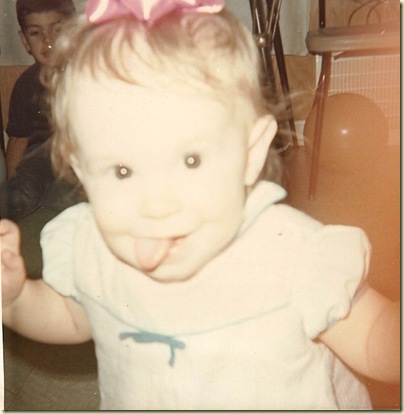 They should have known I was trouble then.  This, this was the second to the last time anyone ever took me seriously.  You see, I don’t put up with stuff.  The lies, the deceit, the adoption or the babies switched at birth thing, whichever it was.  In an attempt to break my spirit and control me the unthinkable then began; cow milking, butter churning, hay baling and chicken plucking.  Eva Gabor and I have tons in common.  New York is where I’d rather be, too, Eva.  You got it right, toots! 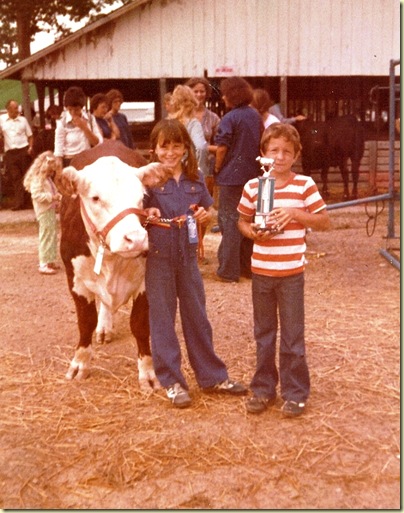 Tada! I was a classic over achiever back then, too.  Look, I was a kick ass farmer and had a champion cow at the age of nine - Farmer 2.0. Check out that trophy the gnome is holding.  Yeah, that’s my younger brother Cram with brown, not blue, eyes.  (Cram is Marc spelled backwards)  That sibling abuse thing is passed down generation to generation.  Live with it, Cram.  I lived with it when dimples kicked my ass on a regular basis and made me drink Dawn dish soap when he was “babysitting”.   All you had to do was hold my trophy, put up with the “Cram” thing and push my car out of the ditch that one time.  I say you got off easier than drinking a dish soap cocktail.  *sobs* He didn’t even put an umbrella-ella-ella in it.

There you have it folks.  The life and times of a middle child having a midlife birthday crisis, all boiled down to 600 words or less.

Aren’t you glad I stopped before I started scanning photos with ‘80’s hair, braces and prom photos? We’ll save that for the big Four Three.