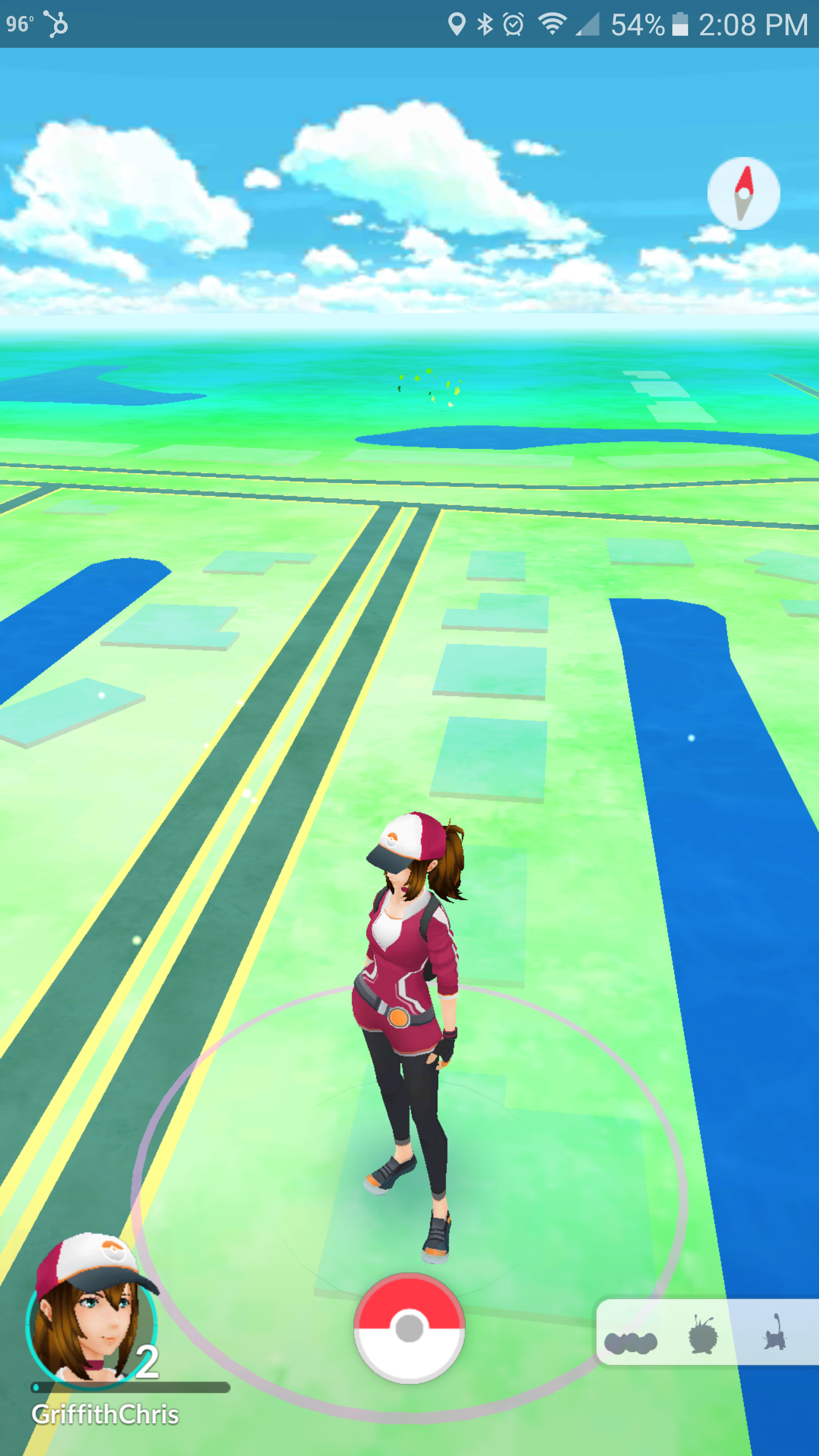 In a twisted way I finally succumbed to playing Pokémon right here in Bonita Springs, Florida. I was in the process of trying to explain how to play Pokémon to someone who doesn't really understand technology or rather how to locate a Pokémon using a phone.  You know, that they were on a map, in an app, in a phone when I just downloaded the app to show him.

Lucky for me they give you three Pokémon to try to capture right away. Not understanding the game I threw all the balls at the Pokémon and exhausted my balls supply.  You can quit laughing. I ended up accidentally capturing one Pokémon and then going to bed.  The other two Pokémon vanished.  Boo.

Today, Angela came over and in the midst of us running our real estate business we started talking about the Pokémon game. She told me to hop in the car that we were going to go out and hunt Pokémon in downtown Bonita Springs. She wishes she could teach me how to do it. I am sure that she was convinced that there was some good laughs to be had, which there were.

There are a few challenges which one has to be at a level 5 in order to engage.  For the most part a family could spend a good part of the afternoon playing Pokémon together between Riverside Park, Island Park, Depot Park and even Everglades Wonder Gardens. There are also collectibles at the Bonita Springs public library, the skate park and the Bonita Springs Rec Center located off of Pine Avenue.

Full disclosure: I played more of a middle-aged woman version of Pokémon. Florida is mighty hot, rainy and humid in the summer so I collected balls and play Pokémon from the comfort of my air-conditioned car. I didn't collect any from down by the Imperial River or other locations where it was necessary to get out and walk.  When my grandson comes back from his summer trip we are planning a much cooler evening adventure with all the grands and an ice cream pit stop at Heaven’s Shakes ice cream afterwards.

I'm not sure how many of the Pokémon would be in gated communities in Bonita Springs or even at community centers within gated communities. I guess the next test is to pass through a community like Rapallo at Coconut Point or Bonita Bay to see if the app produces location points for players.  I live and work off of West Terry Street and they are no Pokémon in Brendan Cove or Bonita Farms so I'm not sure if its population or Recreation driven.

If you have any insights about playing Pokémon in Bonita Springs please leave a comment and let me know!  I need to look cool in front of my grandson!