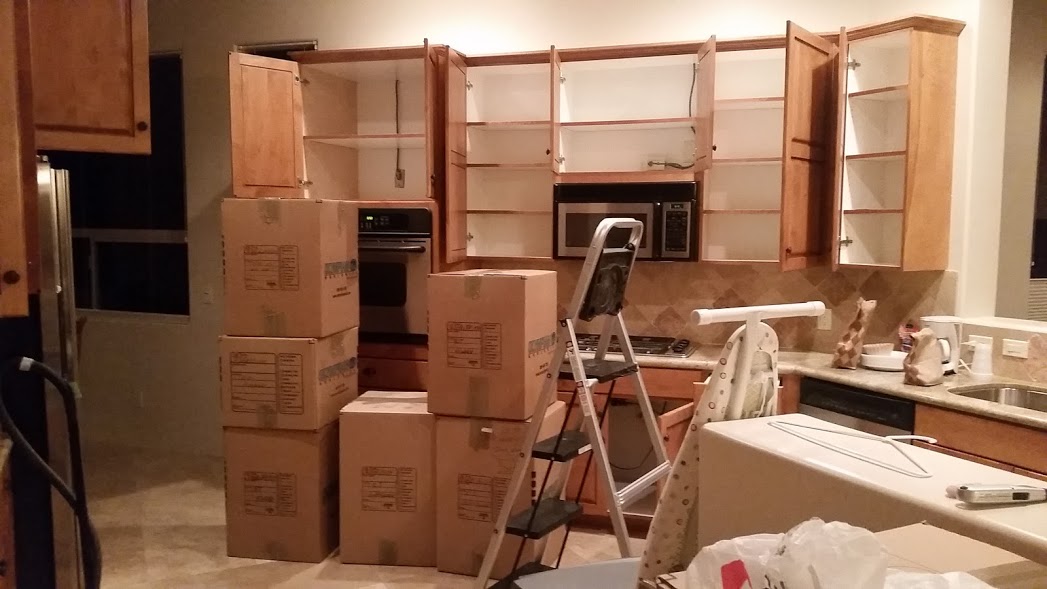 Tips for moving from Bonita Springs. As a listing agent, one of the questions I get quite often is about moving.  How to find a mover. How to hire a mover.  Can you trust the movers?  Well, when you think of your entire household of possessions getting loaded up and moved across the country to or from Bonita Springs you have to wonder what will happen to it along the way.

First, I will tell you I had a nightmare experience moving in the mid 1990’s.  I really had to suck it up to trust a mover again.  In my circumstance in 2015 I personally moved my own furniture from a 2nd home from Northern AZ to Bonita Springs, Florida. I called a few moving companies but ended up using Allied (the orange trucks you see on the highway).  They're a national franchise and send an owner/operator. Our owner operator was a nice family man and his nephew was helping him on this trip.

Through Allied direct I ordered the move and then Allied sent send local packers the first day, day 2 the truck came and they loaded it and dropped it in Bonita Springs  a day early.  They showed up in a work van, not a big truck. The van was all packing supplies; boxes, bubble wrap, wrapping paper, tape, labeling, etc. Packing the furniture took about eight hours.  They packed everything down to home accessories, silverware, stemware. Really, you’d be impressed at how careful and calculated each piece was wrapped.

It cost roughly $5K with the packing and moving truck included. (2bed/den, 2 ba home that was about 2,500 sf in size)  We received, in Bonita Springs, Florida, everything that was loaded and only had one little cereal bowl that broke .. and it didn't even match anything we owned so it was no loss.

There was a ton of communication between the schedulers, packers, drivers, corporate. The truck was loaded with the possessions of several other people who had their households picked up and moved.  Our driver stopped in Texas, Atlanta, Tampa and, after us, Fort Lauderdale and then he was going home for a few weeks.  I believe he lived in New Jersey.  We were completely satisfied with the move.

The home that the furniture was being placed in (in Bonita Springs) wasn’t closed sale yet so I had to have the furniture stored in my garage until closing. The truck was too large for my street so Allied covered transfer of the load to a smaller truck to make it up my street. While they were unloading the furniture I pulled out a few pieces and before they left they asked why. I said that I had a little rental and I was calling my son to come get it.  The men said that a second drop was covered and since the rental was was just on the other side of the Imperial River in Nuttinglikit Grove they dropped it off at no extra charge and assembled the dining table, again.

By the way, I had shared the nightmare moving experience with my movers and the driver told me, at pick up, that the reason my move will be a success is because it was professionally packed.  It makes all the difference in the world.  I never thought in a million years that the wine glasses would make it, but they did.  I guess the packers know what they are doing.  I got exactly what I paid for.

This was a great moving experience moving from Arizona to Bonita Springs, Florida. It was a total 2,240 miles and I received every item in perfect condition.