Life in Bonita Springs Florida | A Retrospective in Real Estate 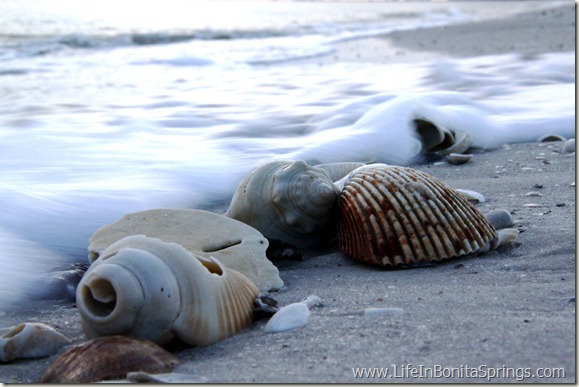 It was about twenty-six years ago that I moved to Southwest Florida. It was probably the first week in the area that I found myself water skiing up and down the Imperial River. Yes, at that time no-wake zones were unheard of. If you were here in the summer there weren’t many people, either. Never could I have imagined how much the area would grow.

The city of Bonita Springs was the little sister of Naples, a quiet small town and a seasonal, retirement destination. In the spans of time since I’ve lived here, Bonita Springs has evolved from the small town where restaurants owners closed up in the summer, boarded the windows and went away until fall to the thriving city that it has become. I still recall the day I saw a monument sign being put built at the corner of West Terry Street and Tamiami Trail which read “Bonita Bay”. I remember thinking to myself, who the heck is going to buy all of this real estate? As the saying goes, if you build it they will come and like Bonita Bay and many other communities that followed, it was built and they came.

Simply put, there has to be more than beautiful homes and housing developments compelling people to stay here after that first, initial visit. What’s not to love about living in the sunshine state? Besides the fact that we have a climate as mild as angel food cake, we have an abundance of outdoor activities many of which revolve around our water, whether it’s the rivers, the gulf or the Florida Everglades. Countless volunteers, benefactors and forward thinking government officials have helped preserve parts of Southwest Florida in its natural state by creating parks and nature preserves for generations to enjoy.

You can’t throw a stone without hitting a golf course. World class, championship courses have sprouted up in nearly every city in Southwest Florida. If we weren’t the golf capital of the state of Florida we certainly earned our stripes when Florida Gulf Coast University became one of only twenty schools accredited by the PGA nationally, and one of only two PGA accredited schools in the entire state of Florida.

It’s not all sports and games living in Southwest Florida. Driven by our growing population and housing starts, the infrastructure has quietly become well rounded with the addition of a variety of colleges, both large and small, offering basic higher education courses, masters programs and even renaissance programs. Many of the schools and even medical institutions were built to keep pace with the both the current and projected future growth in population. Southwest Florida International Airport was built to service all of the passengers, both domestic and international, who would make Southwest Florida their premier destination or choice for a winter residence.

The unprecedented growth in housing reached a fevered pitch in the mid-2000’s. The real estate market had become saturated, the prices had reached unbelievable highs and an incredible run in real estate came nearly to a screeching halt. Flagrant excess and an almost insatiable appetite for real estate had gotten the best of many. Fortunes were won and lost during an unparalleled building boom and the following so-called bust.

As the proverb goes, this too shall pass. For years, Florida real estate became mainstream media’s poster child for the housing collapse. The saying, any press is good press couldn’t be further from the truth. Even when local real estate professionals knew a corner had been turned, another dreadful article would be released by a major publication. It took years for buyer confidence to return.

The meteoric rise and subsequent bubble burst of real estate caused buyers apprehension a few years ago but they’ve come back, lead first by the bargain hunting investors and then followed the savvy buyers who are staking their retirement claim years in advance and snatching up a tremendous value on their piece of paradise.

These real estate buyers and investors returned to the market with little fanfare or acknowledgement by mainstream media. Little does most of the general public realize that the excess real estate inventory has been quietly selling off and, as a result, there are many communities now experiencing manageable levels of real estate inventory. Some are even enjoying balanced inventories. While we do have a foreclosure real estate market, we are not drowning in bank owned real estate.

The saying “real estate is local” has never had more truth to its ring. The story of the real estate market by county, city, neighborhood or street can only be truthfully told by collecting the current data and told to you by a local real estate professional, not a cubical journalist in Philadelphia. If the source or the messenger of the information, whether it’s good or bad, isn’t firmly anchored in Southwest Florida you simply do not have accurate information.

The southwest Florida market is ever changing and progressing through the life cycle of recovery and subsequent growth. The largest part of the healing process was selling off the surplus inventory which drove the prices down. Many of the hardest hit communities have materialized from the bubble rubble by selling off their excess inventory, stabilizing and even enjoying modest gains in value.

The adjusted real estate prices have driven the actual unit sales up, rivaling unit sales of the boom years. The wicked seesaw effect with our real estate market has been tempered. The reemergence Lee and Collier County real estate of as been slow and steady and most importantly, healthy.

If you’ve returned to the Bonita Springs and Naples areas with a plan to purchase real estate we invite you to ask pointed questions and get the local facts and statistics. We want you to understand our market. We want you to find a great value. We want to invite you to become part of our community as we move into the exciting next phase of growth in Southwest Florida.