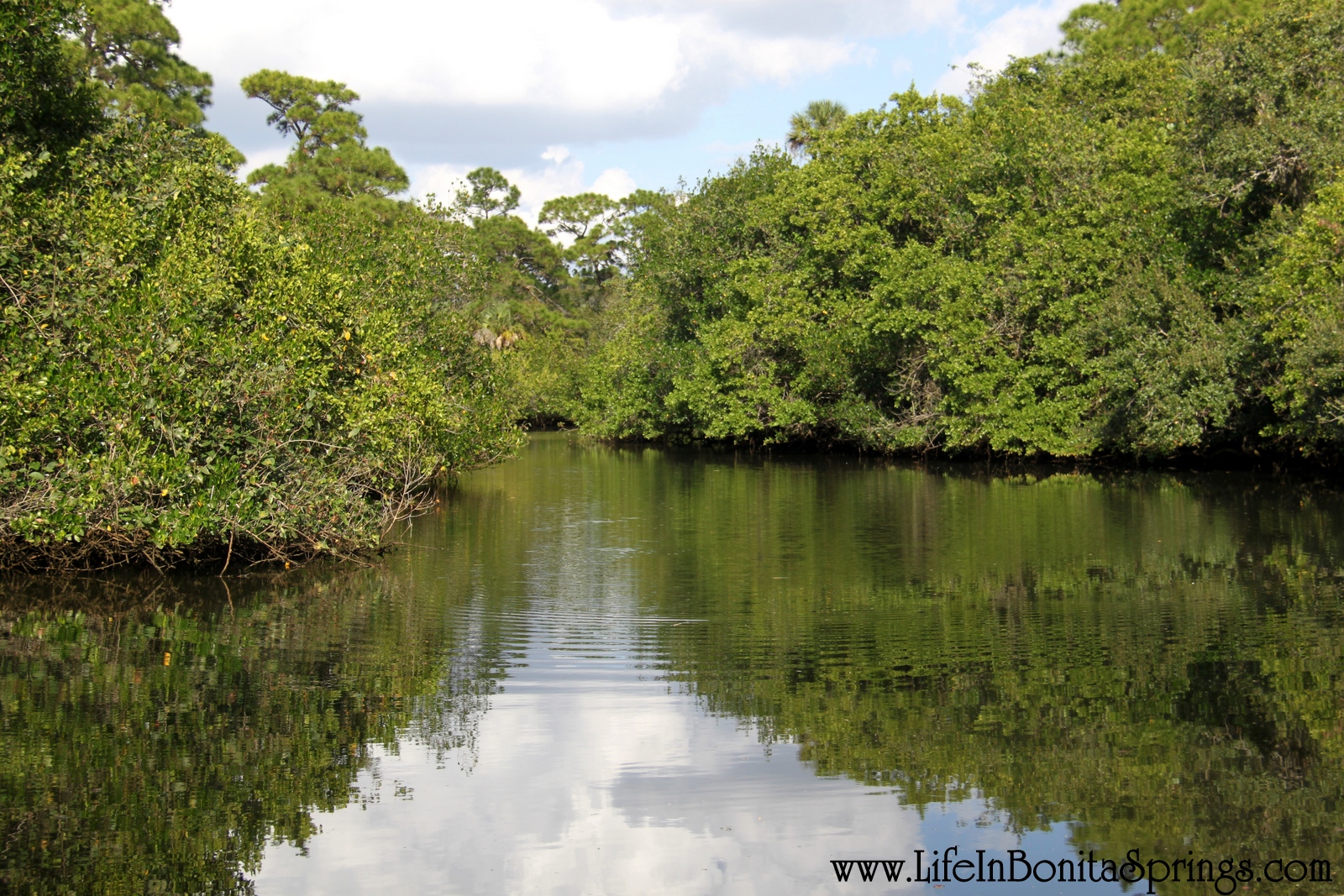 Whether you live in or have visited the Bonita Springs-Estero area chances are that you’ve driven through the intersection at Corkscrew Road and US 41 multiple times without really giving the Koreshan Historic State Park much thought. Sadly, I’ll share that in the nearly thirty years that I’ve lived in SWFL I’ve only been in the park a hand full of times. With the recent run of outstanding weather I took the opportunity for a weekday tour of Koreshan, again. My little dog, Dill, was my company for the excursion. FYI, pets are permitted in this park but they’re not permitted inside the Planetary Court buildings. 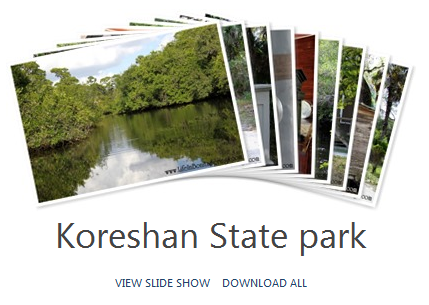 Koreshan State Historic Site has a mix of things to do on its 200 acre site. Besides touring the historic structure exhibits, there is a watercraft launch on the Estero River with on-site canoe rental, picnic areas, playground, nature trails and a sixty acre camp ground. I’d take one for the team on any one of those activities, except camping as my appreciation for camping will likely never surpass my appreciation for sleeping indoors and using a blow dryer in the morning.Koreshan is a state park so there is a small fee to enter but it’s worth it whether you take a self-guided brochure tour or one of the daily tours at 10 or 2. The good news is that Koreshan has a large staff of snowbird volunteers during the winter months so you’ll likely be able to speak with helpful docents at many of the exhibits and structures.

The nature trail remains my favorite mostly because it’s uncommon for this area. It’s a primitive trail that runs along the Estero River and through native, old growth trees and huge stands of bamboo said to have been originally brought from the Edison Estate. There are informational plaques along the way which identify trees and plants. The trail isn’t the smoothest terrain but it’s mostly shaded and a great place to picnic, especially at one of the river overlooks. We were able to see all sorts of critters, birds and butterflies on our one hour walk along the bank.

This park is a fascinating glimpse into the past of early Florida. The Koreshan members must have been as tough as nails homestead in this part of undeveloped Florida. Just imagine the muggy heat and uncontrolled mosquito population that they dealt with. They were fearless pioneers and innovators who receive little credit for their hand in developing the gap between Naples and Fort Myers, Florida. They produced electricity for the area in addition to operating many for-profit businesses such as a lumber mill, cement works, boat works, general store, bakery and printing facility.

Membership to the Koreshan Unity eventually dwindled and the remaining Koreshans donated the land to the State of Florida in 1961. It is now on the National Register of Historic Places.

When you visit I suggest you bring water and snacks because the heat and extra walking can easily sneak up on you. The parking area and walking paths to and around the historic buildings are smooth, crushed shell but it is a lot of outdoor walking time.

The park is open daily plus there are special events planned January through March such as afternoon teas, concerts, art shows, the popular “Ghost Walk”, vintage car show, antique engine show and more. Event details can be located at www.FloridaStateParks.org/Koreshan under events or you can call 239-992-0311.