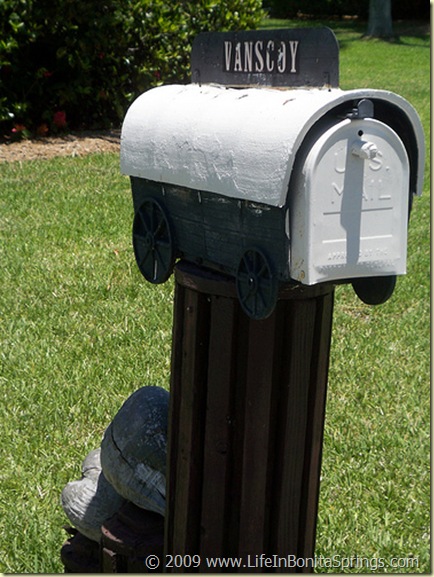 There have to be a couple of thousand people a day that drive right by Forester Drive and don’t even know that Kings Kew and Queens Kew is tucked back behind the Bonita Beach and Tennis Club.

A few weeks ago I took a spin through just because it had been a whiles since I’d been to the Kew.  Years ago, back before real estate and children I lived in that area and as the sands of time ran through the glass … There was boating, a good deal of the real estate is gulf access and it is also walking distance to the gulf.  The best of both worlds.

So I stopped in and took a few pictures of a mailbox I found.  I hear the song Rawhide (and the whip) when I look at it, but see the old Chuck Wagon Dog Food Commercial that has the wagon “drive by” the bewildered dog and then disappear behind a kitchen cabinet thereby giving the dog mental issues he’ll never get past.

The upside of my mini-diversion into Kings Kew and Queens Kew is I found this glorious creation: 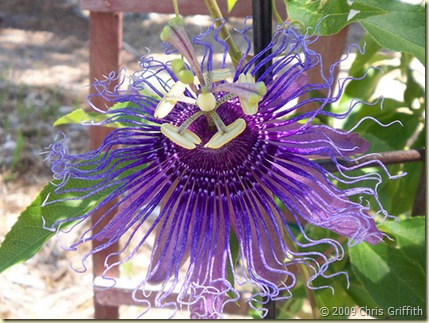 Yes, it’s real.  I was told by Flickr Fan that it’s some variety of Passiflora which basically means Passion Flower.  The light was harsh and I did the best I could under severe pressure lurking around someone else’s mailbox, in high noon sunlight, for no apparent reason.

Isn’t she pretty?  I thought so, too.