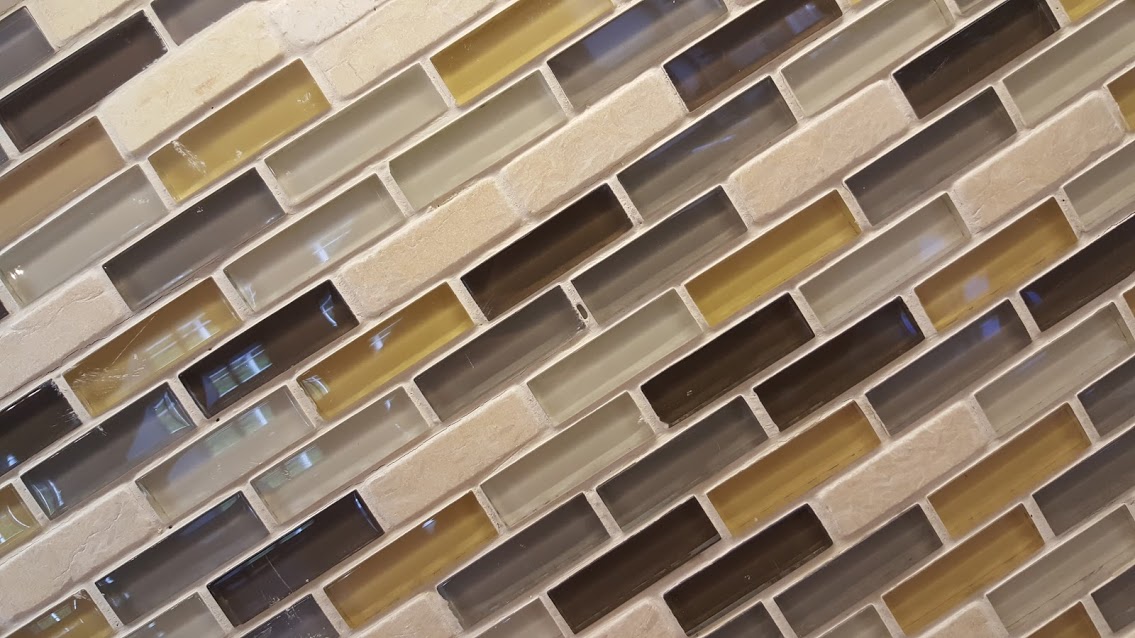 When I thought of writing this piece on “peel and stick” bricks it was going to be more of a warning to consumers about knowing when a trending look in décor has neared the end of it’s cycle.  That is still the case but I discovered a practical reason to use it, for my own Bonita Springs home, during the process.

Glass tile back splash has been the rage for a while and while I was at a party at someone’s house they showed me their new glass back splash. I get to go into a lot of homes in Bonita Springs and have seen a lot of kitchens.  This one didn’t grab my eye. It was lovely enough but it wasn’t until the home owner showed me that it was peel and stick that it grabbed my attention.

I honestly couldn’t tell the difference between real & peel until they pointed it out specifically. My first thought was “when any décor gets to peel & stick status it’s out of fashion”. I might have been wrong.  I imagine that there are better peel and stick wall tiles than others and it would depend upon the application but I now can see where it may be useful.

A home I purchased as a resale in Bonita Farms, the Imperial River East area of Bonita Springs, has black Silestone counters. It’s not what I would pick in a million years, first because it’s black but second because it has these dusty flakes in it so it always looks like there are crumbs on it. At any rate, the home owner before me installed black Silestone counters and also ran it up the back splash. It is d.a.r.k. in that kitchen.

This home has been a work in progress so the guy I call for all of the work was over and I asked if he could take the back splash out, which he could, but he may damage the drywall. Flash forward to today and “what if” I just peel and stick tile the backsplash in a nice almond subway tile to match the almond cabinets?  It’s the perfect spot … smooth, flat surface to stick to, no drywall dust, no costly repairs. It’s a win/win in my book.  How do you think it will look?

If I had plain drywall to cover I would put in real tile or stone but since I’m doing a visual correction, which could be temporary, I’ll try the peel & stick. Besides, I’ve shoveled a fair amount of money into this project, already. Those white 1990's floor tiles had to go!  Besides, who’s to say the next owner wouldn’t want the black Silestone splash, right?

So what do you think about a peel and stick backsplash?  Fabulous or Fad?

Now, I haven’t bitten the bullet and done it yet. It’s on my radar and I’ll start shopping the tiles at the local Home Depot and Lowes.  We’ll see how it goes with selection. There seems to be a lot of choices available online.  If you’ve used peel & stick tile comment and let me know how it turned out.