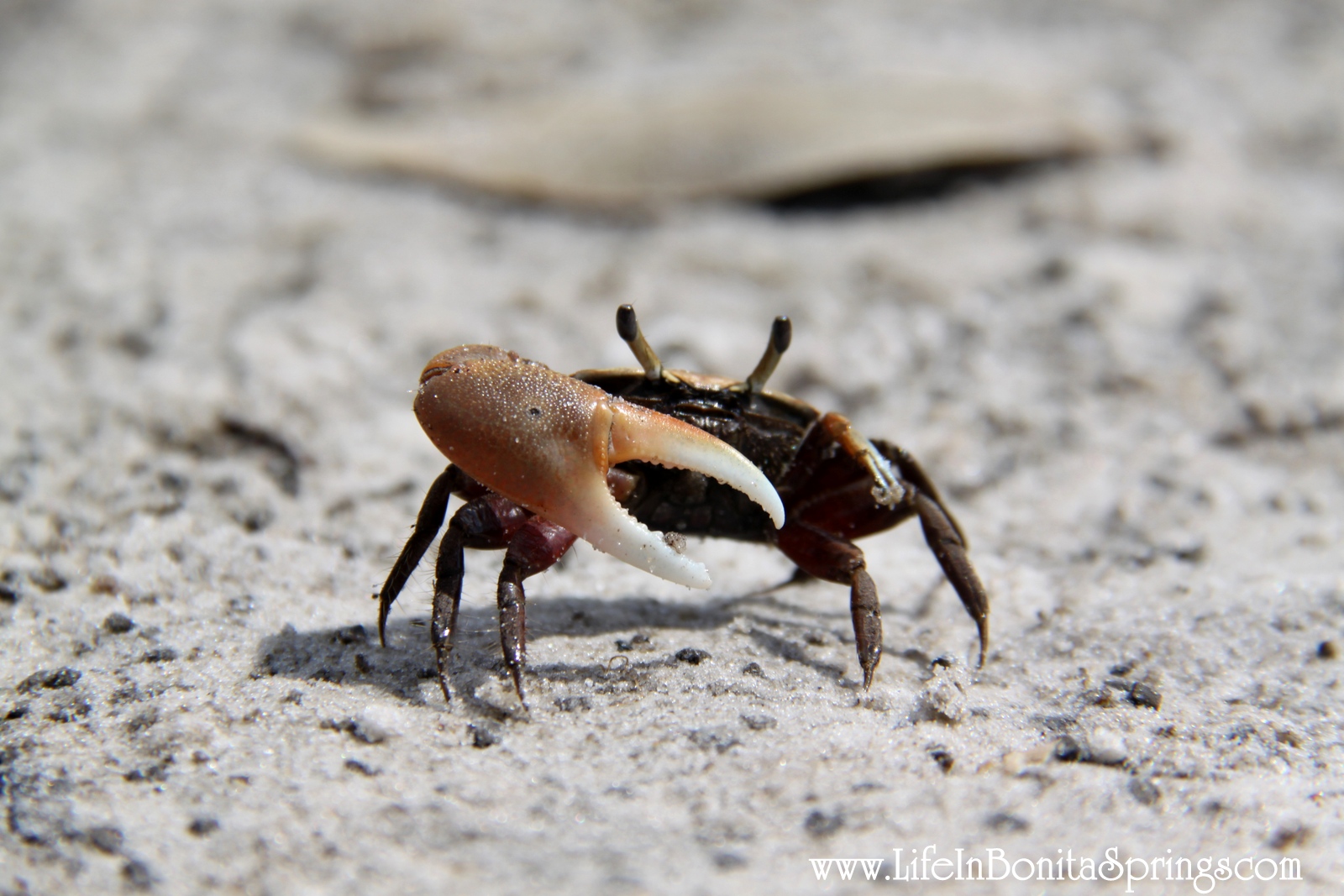 Did you know that, besides Koreshan State Historic Site, there’s another great state parked tucked away in Estero? Not many people do. Estero Bay Preserve State Park is located west of US 41 at the end of Broadway. It’s particularly easy to get to and really isn’t a huge commitment of time, money or mileage as the park is about 15-20 minutes from most locations in Bonita Springs, Estero or South Fort Myers. 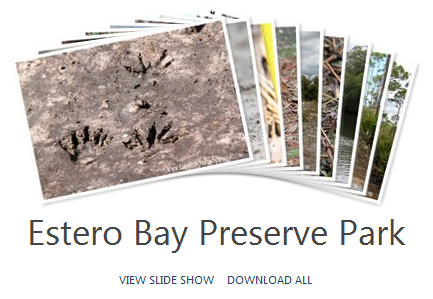 That’s living proof that even when you think you’re ready for Mother Nature, your body will play cruel tricks on you. Never daunted I’ve been back a couple of times since and definitely had better experiences.This park has more or less been my nemesis. Even though I plan my hikes early, wear light clothing, sunscreen, hat, stayed hydrated and such … occasionally bad things happened. While I’m the first to remind everyone to take only pictures and leave only footprints, I ended up breaking that rule the first time I hiked this trail. I took only photos but I ended up leaving my breakfast.

Depending on which time of the year you visit, this park offers a variety of terrain and several miles of hiking trails. The last time I visited the park the trails closer to the Broadway Scrub parking area were sandy with less vegetation so walking was more strenuous than usual. During rainier times of the year there can be mud and standing water when you’re closer to the bay in the salt flats.

The wildlife also varies depending upon what time of the year or even what time of the day you plan your visit so it’s always worth it to go more than once. There’s also a black board up front where guests chronicle their wildlife sightings so you know what to be on the lookout for. Gopher Tortoises are usually rambling around by the entry of the park. Their burrows are scattered amongst the palmetto at the edges of the trail.

This park is popular for birders and it is also listed as a Great Florida Birding Trail. Chances are you’ll actually see the nesting bald eagle this time of the year. I’ll point out that some of the trails near the eagle get closed while nesting, too. The trail to the river, for example, is an out and back during eagle nesting. Other times of the year the trail will continue along the Estero River to the salt flats and lead to herds of fiddler crabs. The damp salt flats are also a great place to see the tracks and foot prints of all sorts of critters; raccoon, deer, wild hogs and more.

If you’re thinking of visiting Estero Bay Preserve State Park, don’t forget to bring along man’s best friend. The park is pet friendly, as long as your pet is on lead and you pick up after it. You’re bound to run into more than one pooch on the trail especially if you visit on the weekend.