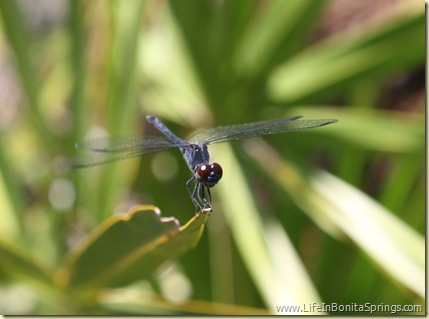 A Free Park to Hike in Estero, Florida

For some time I’ve been wanting to hike the Estero Bay Preserve.  It’s at the West end of Broadway (via US 41), about a half of a mile north of Corkscrew Road.  I finally made the trip.

See this creepy little dragon fly?  This is one of the many creatures, great and small, to be seen and experienced in the Estero Bay Preserve.  Just look at the notes others left behind regarding what they saw there.  Remember, to tell the truRth.  Hey, at least deAr was spelled correctly.

Sidebar:  Armadios sounds the same as armadillos en Espanol so you have got to love that misspell, instant classic. 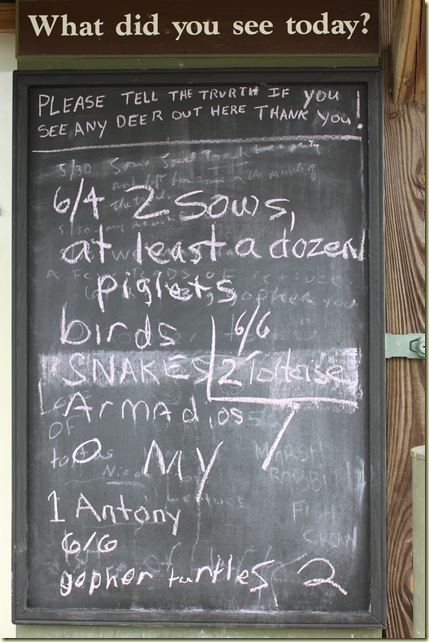 I’ve also driven past this sign and seen other things like skunks and stuff so user beware.  On this hike, I did see where the wild hogs had rooted up soil and dozens of footprint from them, raccoons and such.  The path will lead you right along side the Estero River, by the way. There were people in canoes and swimmers taking a dip. 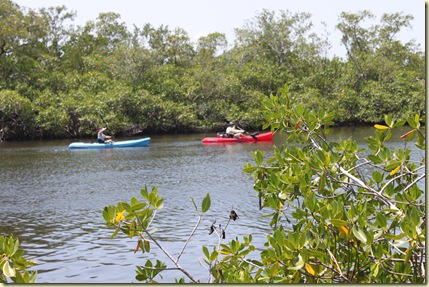 While I was taking this photo was right about the time that a swarm of bugs found us.  Besides the usual mosquitoes, there was horse flies, deer flies, someone said yellow flies, someone said cut flies.  I don’t know and I don’t care because it made us walk really fast, which combined with the heat made for a turn of events, the likes of which I’m just getting over.

We were walking through a wetland path with the cutest fiddler crabs scurrying every where.  I would have taken pictures for you but I was too busy swatting flies and trying to not catch West Nile or Meningitis.  *She who is slow or pauses for photos gets stung and bit a lot.*

It wasn’t long after hustling past the fiddler crabs that we decided to turn back because it was getting worse.  I really thought it was but I was trying not to be a big, huge baby, quitter.

There were a couple of times the trees got tippy on me and was a little disoriented. I ended coming through the gate at Armada Court, climbed the fence and, after helping a gopher tortoise get un-stuck from the fence, promptly left my delicious, Terri’s Summer Breeze Cafe breakfast on the side of the road, no where near this tortoise.  (It’s a $500 fine for messing with one of these suckers.  I bet barfing on/near one is a punishable offense.) 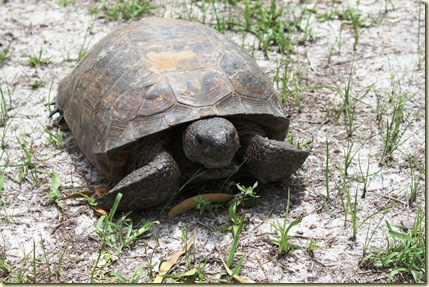 If you’ve made it through this tale, this far, you should know that the rest of the day was filled with involuntary muscle cramping all over my body, a little more punies, dizziness, hallucinations and I was a little meaner than usual.

For the record, I had sunscreen on, frozen water and was hydrated, light colored clothes and I assumed that I was prepared.  Florida just kicked my butt on a random Sunday in the year of our Lord 2009.  I mention that because, again, I was laying in bed, sick as a dog, watching Clint Eastwood movies and now that saying is stuck in my head … again.

What I saw of this park was great and I can’t wait to complete the whole big trail, which was one of three at varying lengths from a short loop to about five miles – hikers choice.

In November I’ll be back, Estero Bay State Preserve.  Next time you’re not taking my hash browns.

The official site for Estero Bay Preserve is here: