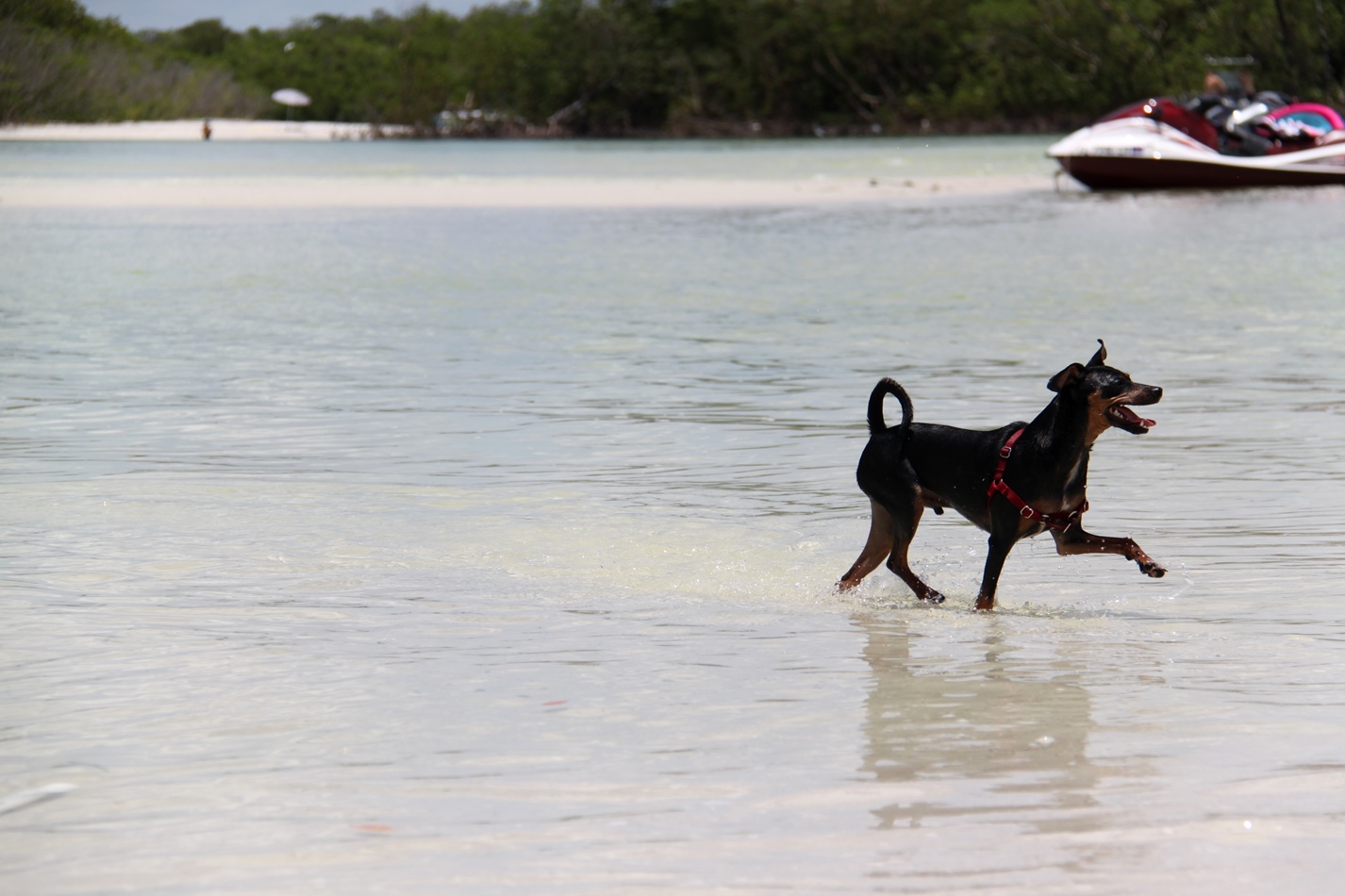 Did you know that Southwest Florida offers several off lead dog parks and a dog beach? Even if you’re not a dog owner keep reading because I can guarantee you a boat load of free entertainment by just visiting the parks and watching man’s best friend in action.

Something special happens when a dog is off lead. Their spirit is free and they become totally transparent and care free. Add a tennis ball or a Frisbee to the mix and comedy ensues. Watching my 10 lb. minpin, Dill, run with the Great Danes is a stand-alone entertainment category.

There are a variety of dog parks within a short drive of Bonita Springs. Dill and I have personally field tested all of them for you.

The Estero Community Park, on Corkscrew Road, is just a few mile north of Bonita Springs. It features a divided park with two fenced areas; one for small or shy dogs and the others section for the big dogs or more rough and tumble dogs. The park has lots of trees for shade and plenty of chairs for the humans.

Veterans Park in Naples, off of Immokalee Road, also offers “Rover Run” a two section park with a side for small dogs and a side for big dogs. There are picnic tables and shaded areas so you can relax while the dogs run.

Near downtown, the city of Naples has “Central Bark” Dog Park, another two corral dog park; one section for small or shy dogs and the other a large dog, fast paced arena. There’s a pavilion area with plenty of benches.

Southwest Florida’s crown jewel of dog parks is Dog Beach at New Pass/Lover’s Key. It’s one of only a handful of off-lead beaches in the entire state of Florida. The last time I visited dog beach I was on my paddleboard and a litter of seven boxers, each named for a day of the week, followed me along the shore. Scared but curious, they jumped and danced every time I spoke to them. They’d never seen a paddleboard before or a minpin on a board. They were torn between saving us and trying to get on.

If you’re really lucky you’ll see a herd of wiener dogs at dog beach. It’s triumph in the face of adversity, in action. Even with those short little legs they brave the waves and try to keep pace with the big dogs.

Coming soon, the city of Bonita Springs is also building a six acre dog park off of East Terry Street at Matheson on the Mayhood property. It will be the only fenced dog park in Bonita Springs.

Bonita Springs does have a couple of parks which allow dogs, just not off lead. Those parks include Depot Park (behind Riverside Park) and River Park which on the west side of US 41 at the Imperial River bridge. It’s accessed at the traffic light at the Center of Bonita Springs plaza.