The last week was super busy for the Bonita Springs real estate market.  I’ve had the opportunity to list several homes, present property evaluations for a hand full of others and I even managed to show a few buyers homes in several communities around the area.  In a single day I was from a high rise on the beach in Park Shore Naples to a condo in Casa Bonita II in Bonita Springs.  In between were trips to Village Walk, Spanish Wells, Highland Woods, Edenbridge, Brendan Cove, Paradise Village and Serrano.

This is a mere example of a fraction of the properties I visited this week.  In short, I cross a lot of thresholds.  I am an expert and I can spot an impostor and a DIY job a mile away.

The devil is in the details and that’s where most DIY projects go sideways, the details, the little itty bitty items.  A home owner is able to live with them but a home buyer sees a half-ass job and the adding machine in their head starts adding up the time and money it is going to take to make it look right after they move in.

Take this DIY electrical job I found in Bonita Springs, for example.  It was one of several that I witnessed this week. 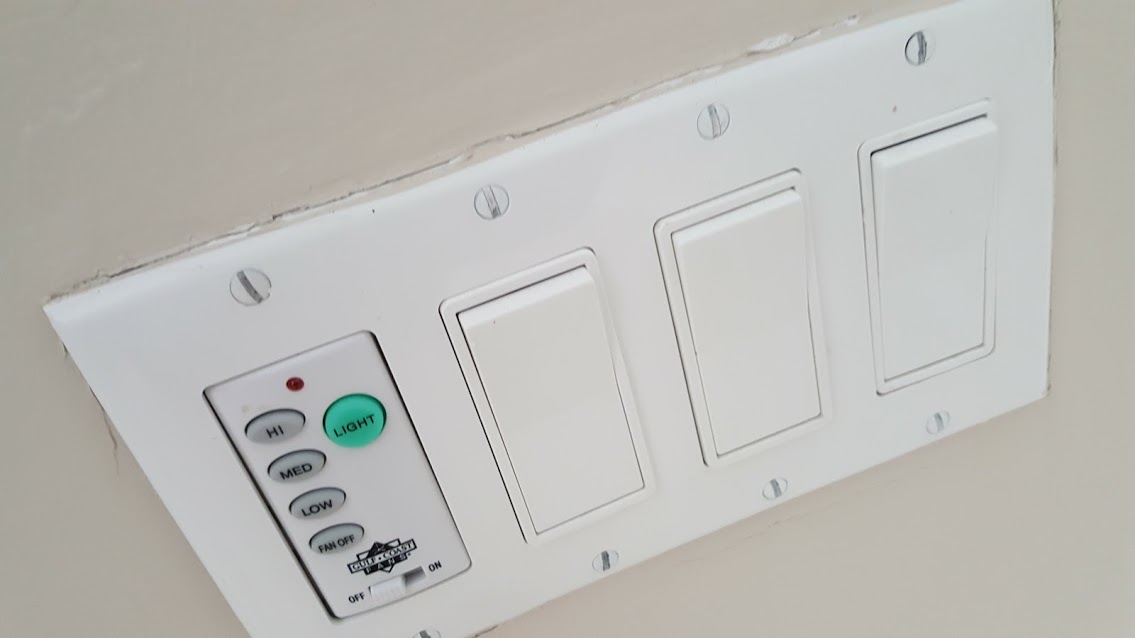 Someone thought, I can swap out that last switch for a dimmer or multi-setting  switch and did so but the details  of removing the switch plate without buggering up the paint were disregarded.  Flash forward to the owner moving out and listing the home for sale.  They’ve removed all of the furnishings from this beautiful Bonita Springs home.  There really isn’t anything left to look at except for, well, the imperfections.  A fouled up light switch and paint job in a high traffic area next to the ingress and egress of the sliding door.

Yes, it can be fixed but that’s not the point. The point is that a home owner trying a DIY isn’t really doing it with success if someone else has to re-do the job.  It also makes the next potential owner, the buyer, wonder what else could have been “short cutted” around the house.