C’MON – Children’s Museum of Naples | Things To Do 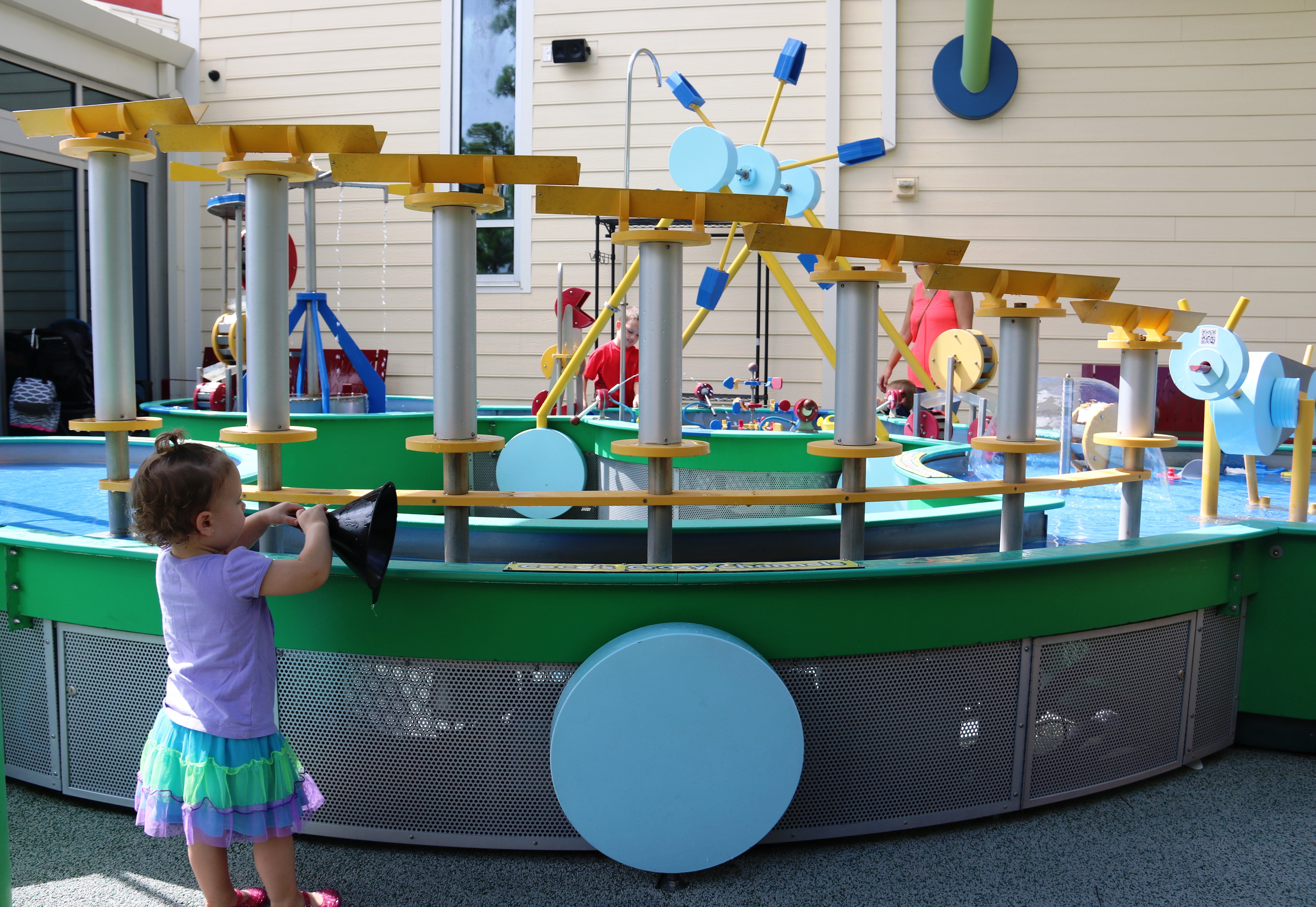 Years ago I visited the Children’s Museum of Naples with the Leadership Bonita program. I could not imagine that just a few short years later I would be one of many grandparents who would be accompanying their grandchildren to the museum for something to do on the weekend. The museum, more commonly known as C’MON, features about thirty-thousand feet of entertainment and education for children of all ages. For those of us who are year-round Southwest Florida residents it is an air conditioned retreat in the summer when being outside is not a pleasant option. 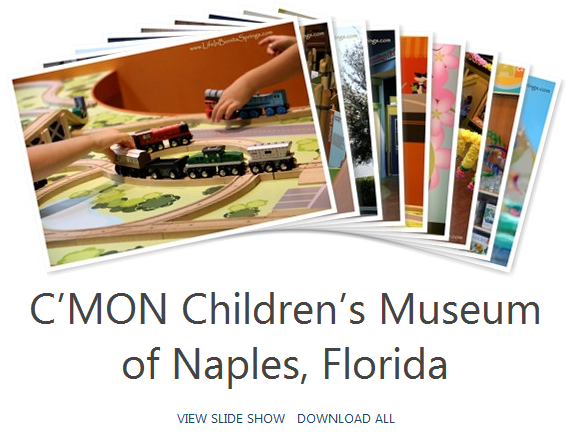 We recently visited C’MON at the end of summer to scope it out. I was accompanied by my grands, Madison who is about a year and a half old and Aiden who is seven years old. While I’d been through the museum before as part of a tour I hadn’t seen it from the perspective of watching children interact and apply some of the basic principles of experimentation and, of course, being charmed by sly technique of learning without realizing that they were learning. Great lessons were to being learned about things as simple as the sense of hearing with fun, interactive animal noises which were hidden behind various vented, cabinet doors. The kids simply couldn’t resist the curiosity. Lessons on physics and gravity happen outside with a wonderful, hands-on water play and experiment station.

The big hits for my crew were the replica, cable street car with the hands-on mini train track system inside, the produce market and Mother Nature’s house which teaches about the four seasons and climate. Well, it teaches as much as little children in Southwest Florida can truly understand and grasp about the four seasons without the full, enveloping sensation of a northern climate. Watching the kids rake leaves and then enter the igloo I was immediately whisked back in time twenty plus years to when my twins visited their grandparents in northern Ohio. It was the first time that they had seen real snow. The phone conversation and their little voices echoed in my mind, “Mom, did you know that snow was so cold?” I snapped back to reality when the raked leaves were blown by air pressure through the trees and rained down on the children who were all vying to catch as many of them as they could.

One of the busiest attractions was the grocery market and produce area complete with harvesting conveyors and mini grocery carts for the shoppers. There were children of all ages cooperating and sharing all of the stations throughout the store.

Our visit was not complete until we had a snack and a drink at the “real” store at the museum called the Garden Café which had healthy snacks and drinks for sale. An entire afternoon at C’MON and a full bellies made for sleeping kids and a quiet ride on the way home.

When you go, just a heads up that the museum is closed on Wednesdays. Admission to C’MON is $10 per person; children under one year of age are free. Adults must be accompanied by a child to gain entrance to C’MON. To learn more about home school programs, membership benefits and hours of operation visit www.cmon.org.

Read also: Things to do in Bonita Springs