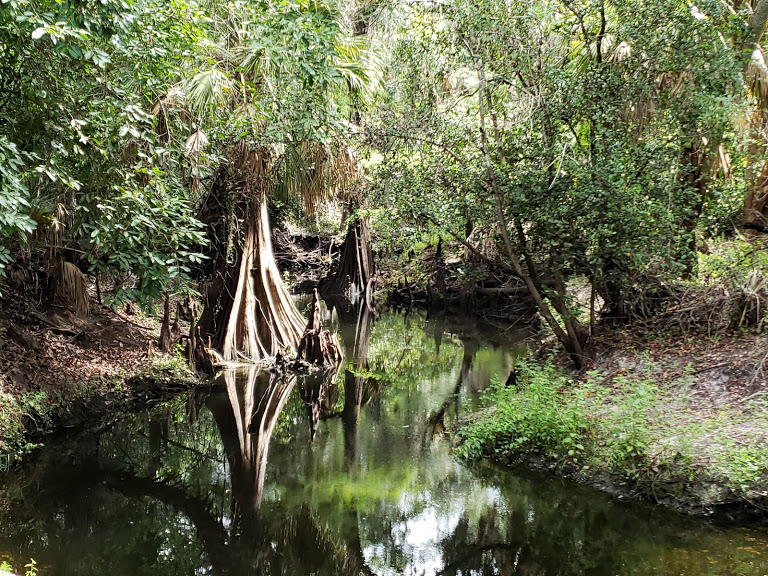 Those of you who have canoed the Imperial River probably passed the node park and saw the wooden deck and platform from the water.  If you’re not familiar with Carpenter Lane or the couple of node parks in Bonita Springs this is a post that will help you familiarize yourself with them and give you a reason to explore the city.

Carpenter Lane is off of Oakland Drive which is an unpaved road just east of Flamingo Island Flea Market on Bonita Beach Road.  Most people wouldn’t go beyond the McDonalds and gas stations because the road is not paved.  This is an original section of old Bonita and the remaining homes on the street are mobile homes, some in disrepair since Hurricane Irma.  If you drive beyond them you’ll get to Carpenter Lane and the wooden deck will be on the left.

You’ll have a birds eye views of the river. Depending upon the time of the year the appearance will be different because the water level fluctuates.  There isn’t much to see but if you’re looking for a quiet spot to see mature cypress or if you want a place to see paddlers who are going by after departing from the weir this would be a good spot.

The city of Bonita Springs has secured a few pieces of land around the city and saved them for the future. We’ll try to link a few together, going forward, for those who like to explore both online and in person.