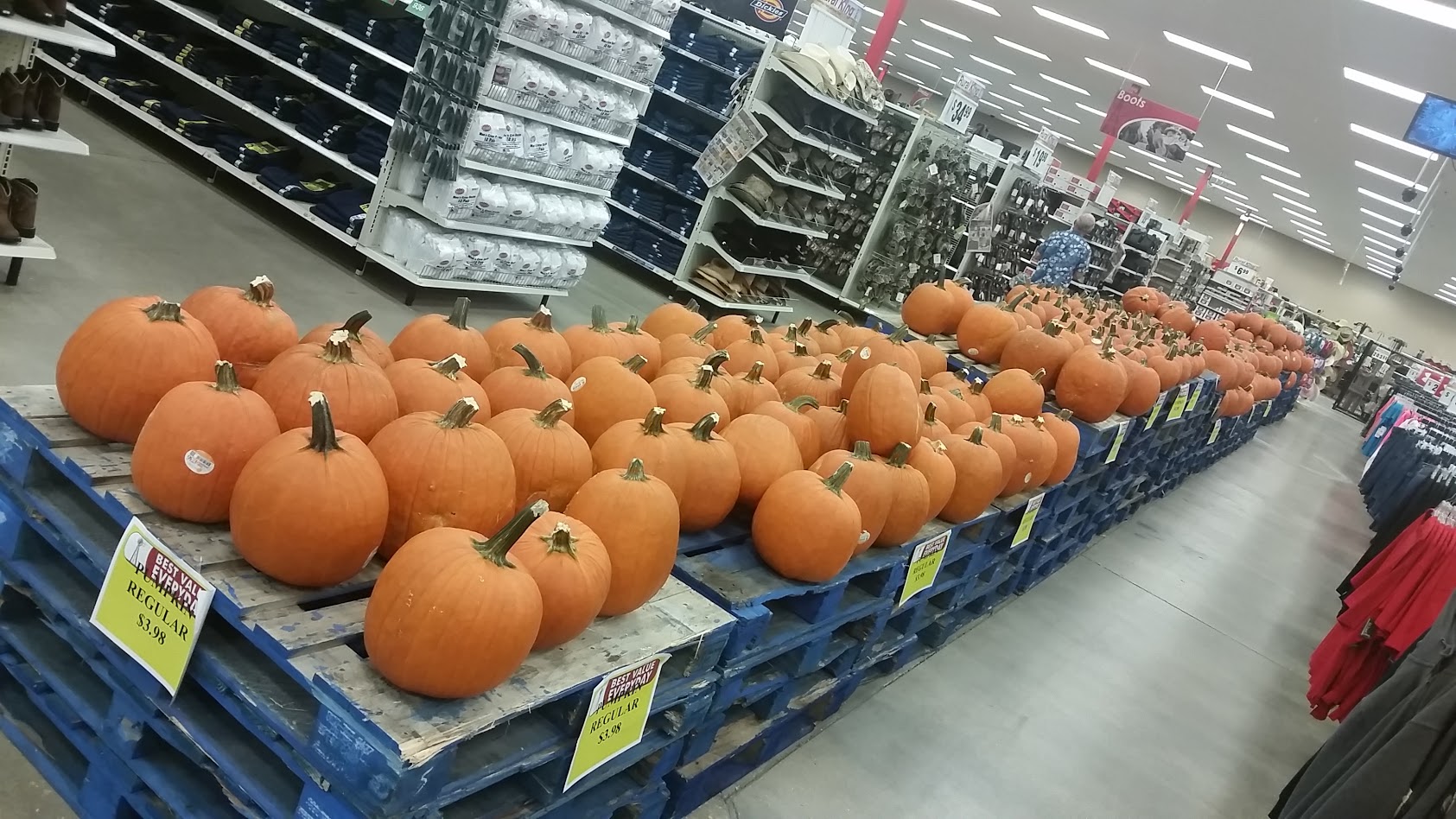 Sept 6 - Dill and I walked through Freedom Park and the Collier Freedom Memorial.  A brick for Jeff Lytle and Fred Coyle was being installed.  By the way, I wrote a story about Freedom Park and the Collier County Freedom Memorial in Spotlight a few months ago.  Tons of pictures to look at there, too! After the walk, we stopped by Rural King, which is in Bonita Bay Plaza, to buy bird seed for our back yard entertainment.  We live on a preserve so we feed birds and butterfly garden … in case you’re wondering where a real estate agent would choose to look at in the Bonita Springs area. 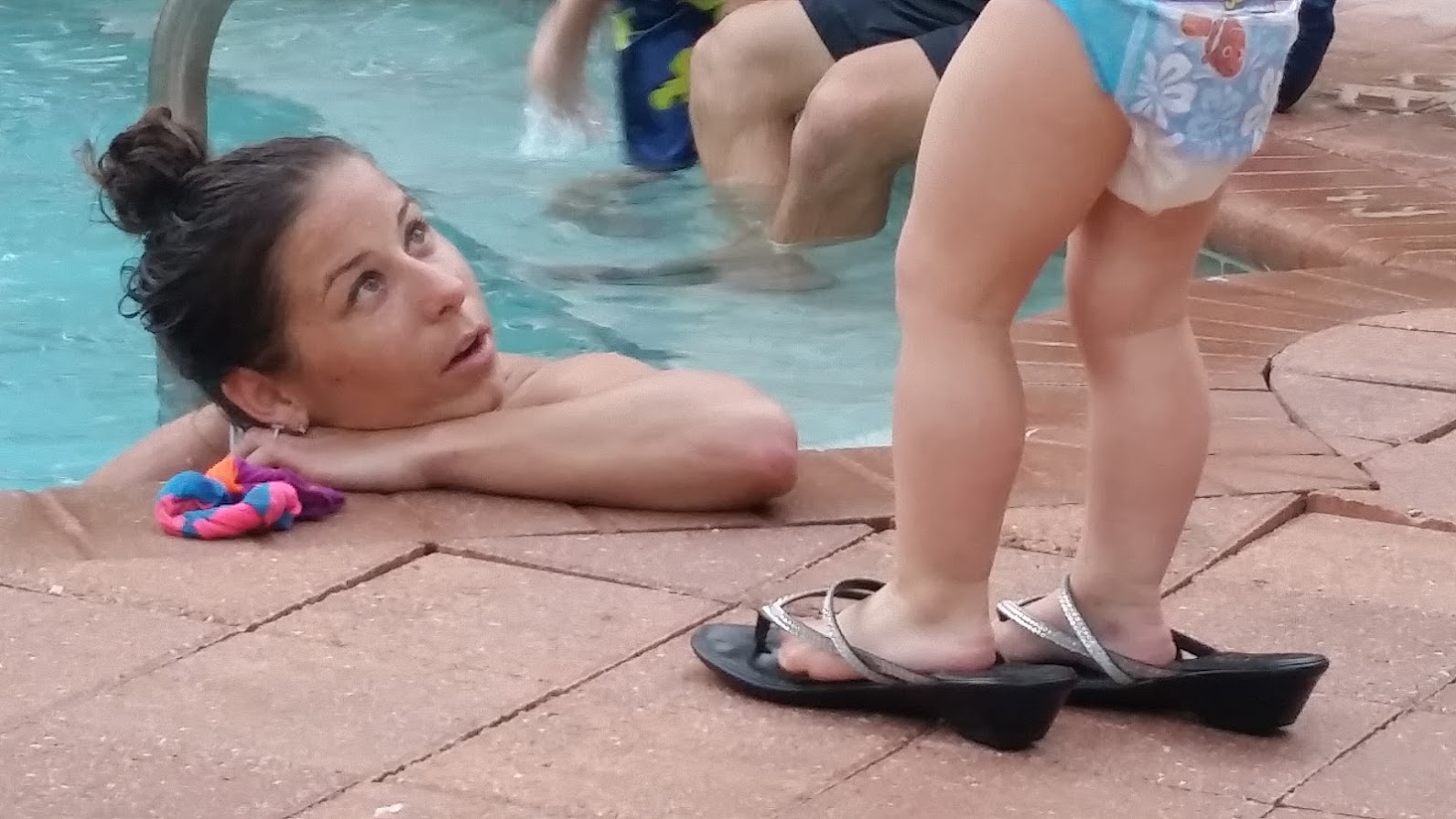 Sept 7 - My family had a small pool party in Brendan Cove in Bonita Springs.  My brilliant daughter Jen is trying to reason with my two year old grand daughter, Madison, about her shoe selection.  This baby is already jumping in the pool unassisted.  You have got to get them swimming early in SWFL because of all the water, pools, canals. 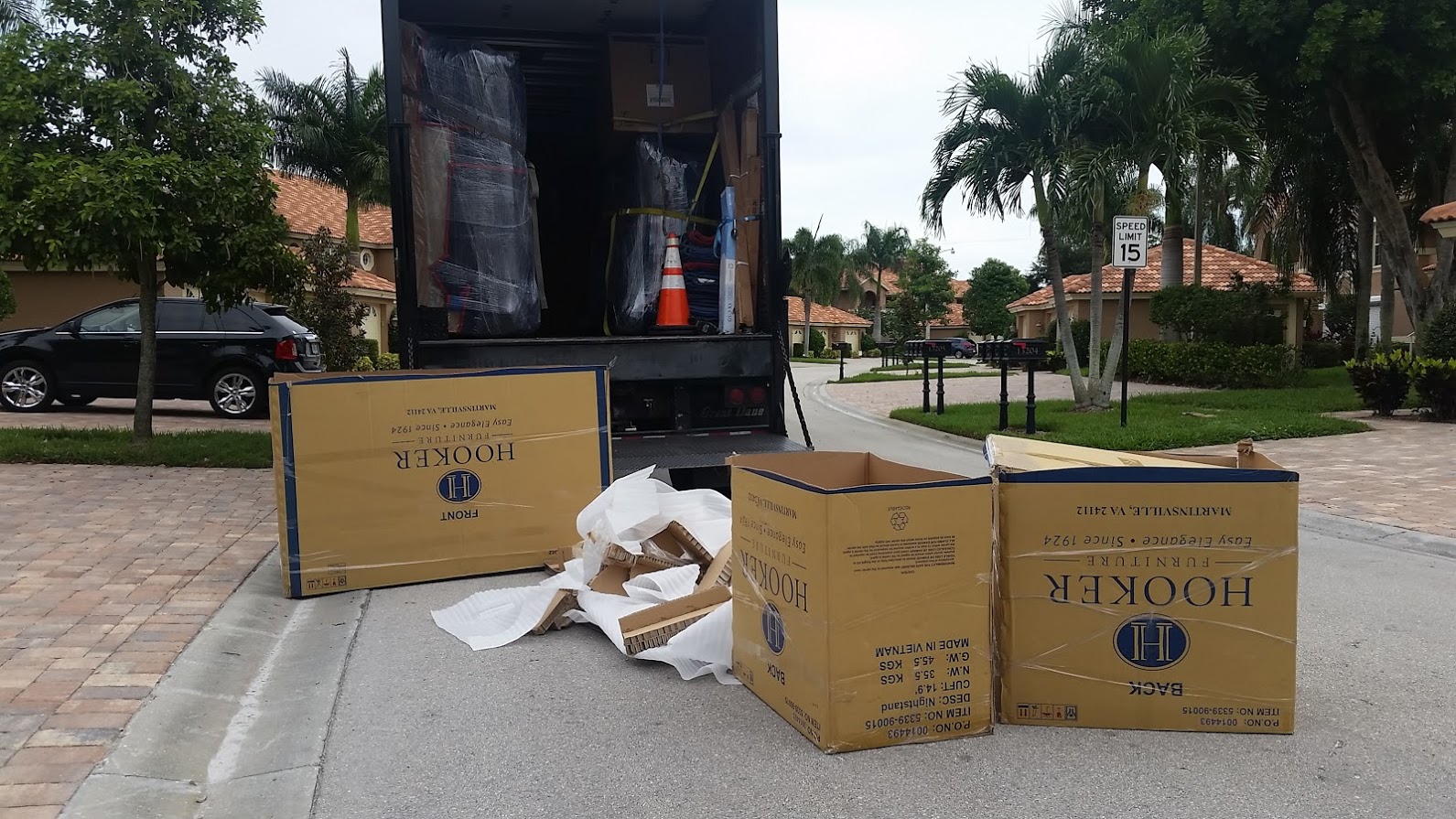 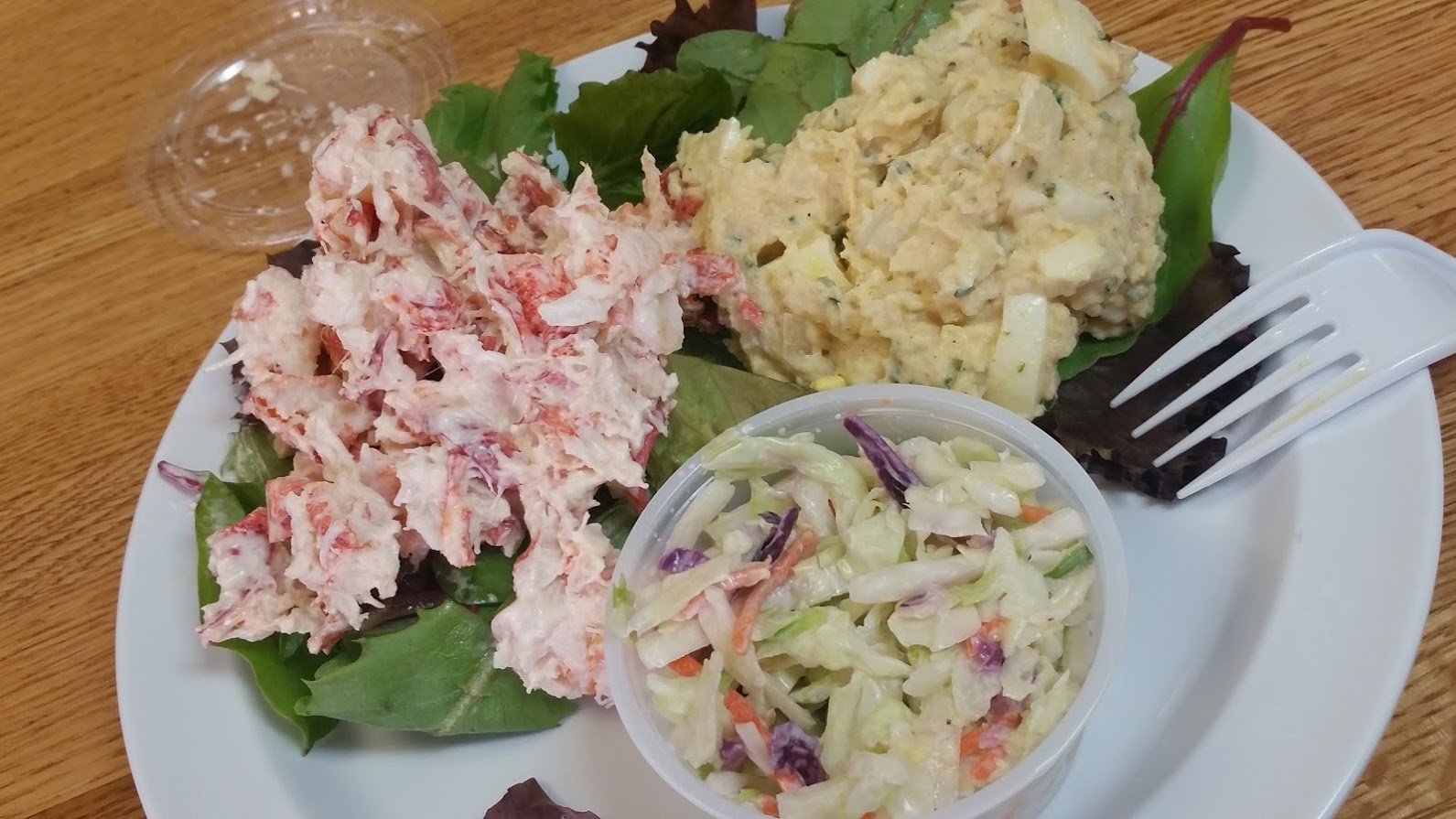 Sept 9 -So, I finally made it to Doug's Seafood on Bonita Beach Road.  They are only open until 7:00 p.m. (at time of publication) so I keep missing it.  The lobster roll was fabulous (had a bite of someone else's).  I had the lobster salad with potato salad and slaw.  Everything was great, very light mayo ... and the slaw was a little like how my mom used to make.  This is probably the fastest lunch or dinner you can get in Bonita Springs.  You can get in and out in about 20-30 minutes. 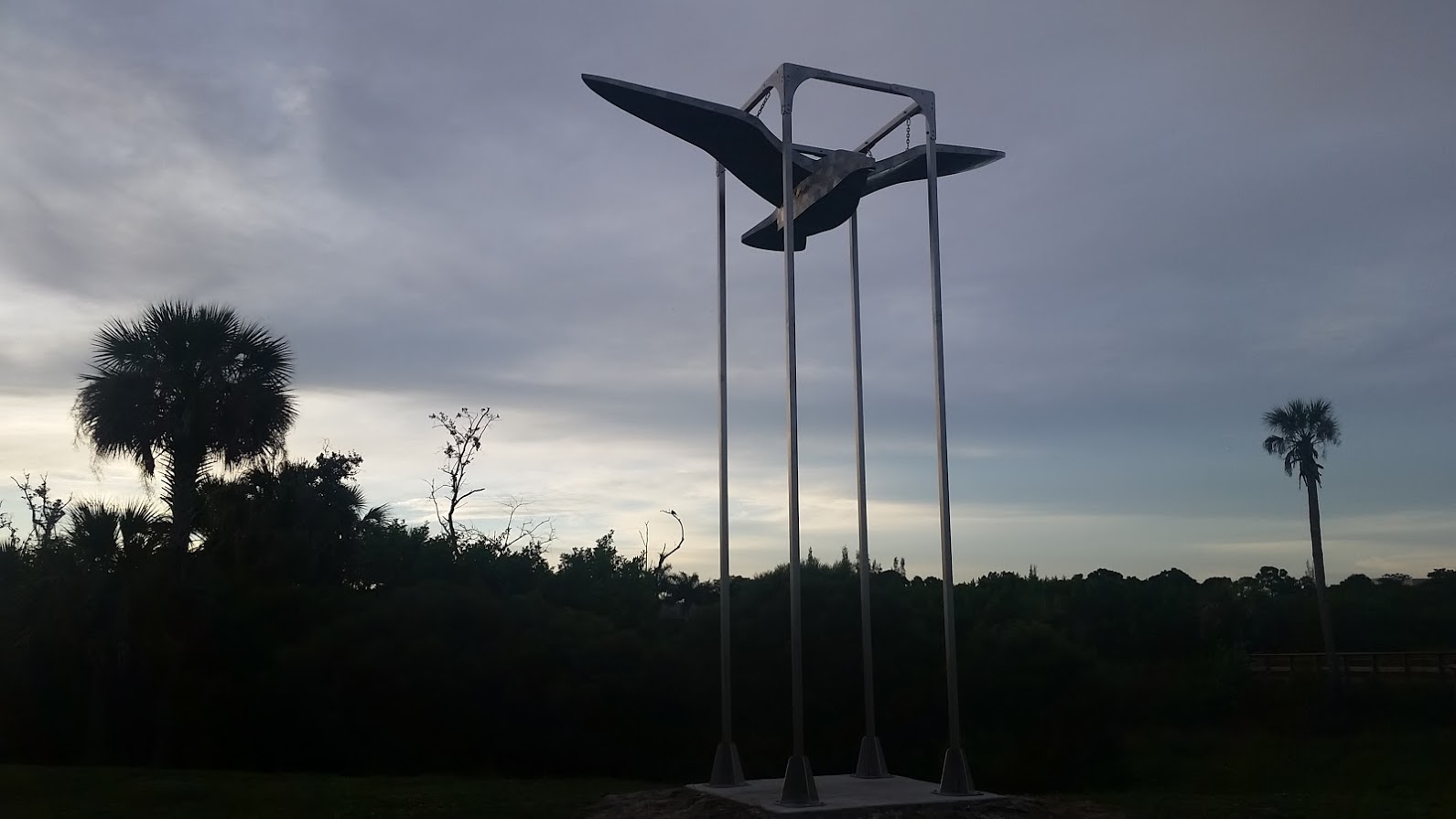 Sept 10 - A wonderful new bird sculpture surprised me when I took Dill to the pet-friendly River Park. River Park is  at the Imperial River on the west side of US 41. You enter a the traffic light on the south side of the bridge by Old Time Pottery.  Pets are welcome but the park is not fenced. There is a fenced dog park on East Terry Street at Matheson Ave. 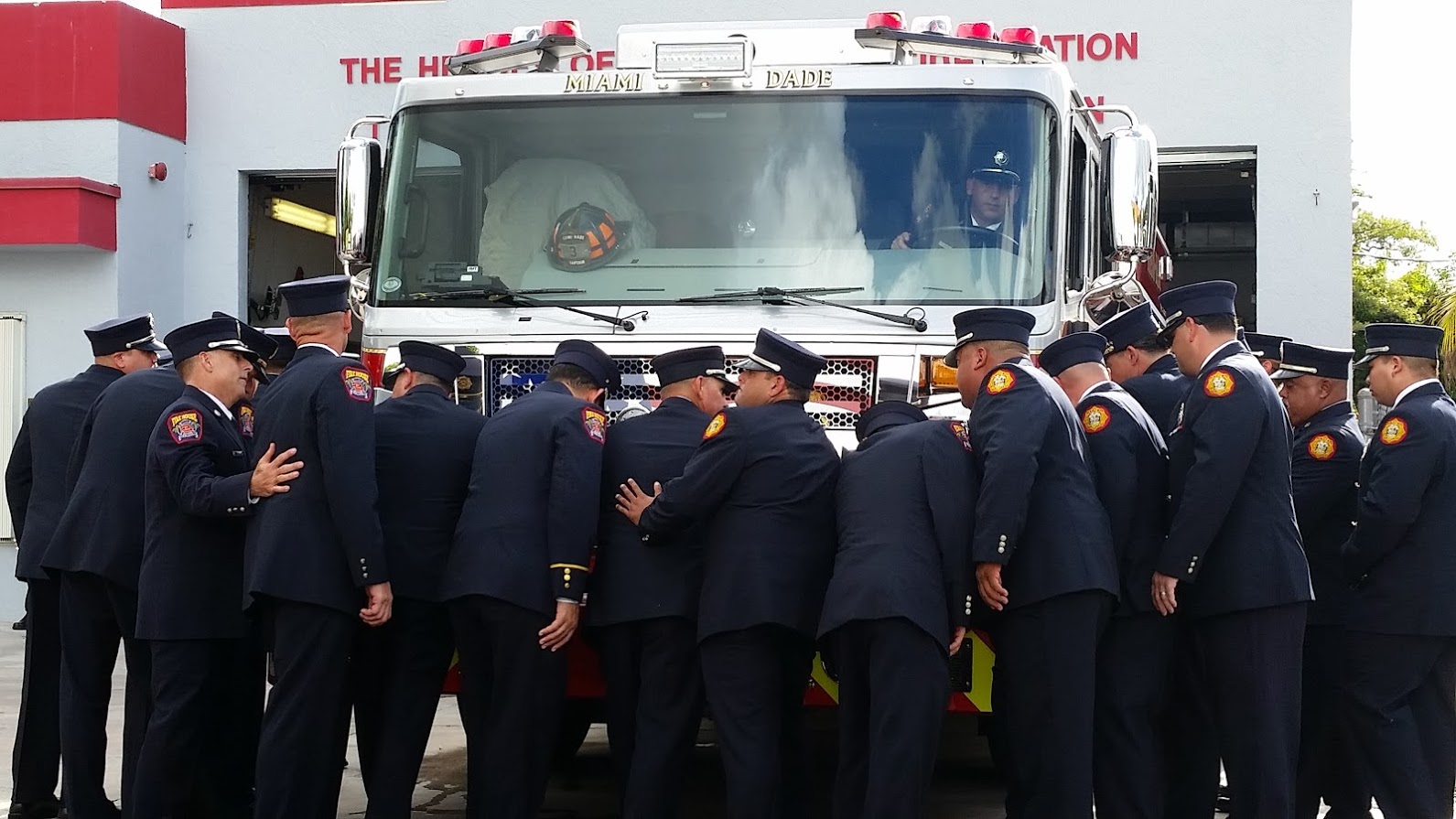 Sept 11 - I’d never been to a fire truck dedication or “push in” before but I got an invitation and went to Miami-Dade for a September 11th ceremony and engine dedication.  It’s only a short trip across Alligator Alley to get to Miami.  These men and women in blue, plus a few elected officials, ceremoniously pushed this truck into the firehouse so that it could be put into service.  It was rather touching to learn that this is the only red engine in the Miami-Dade fleet, dedicated to the 343 firefighters who lost their lives at September 11th terrorist attacks at the World Trade Center. 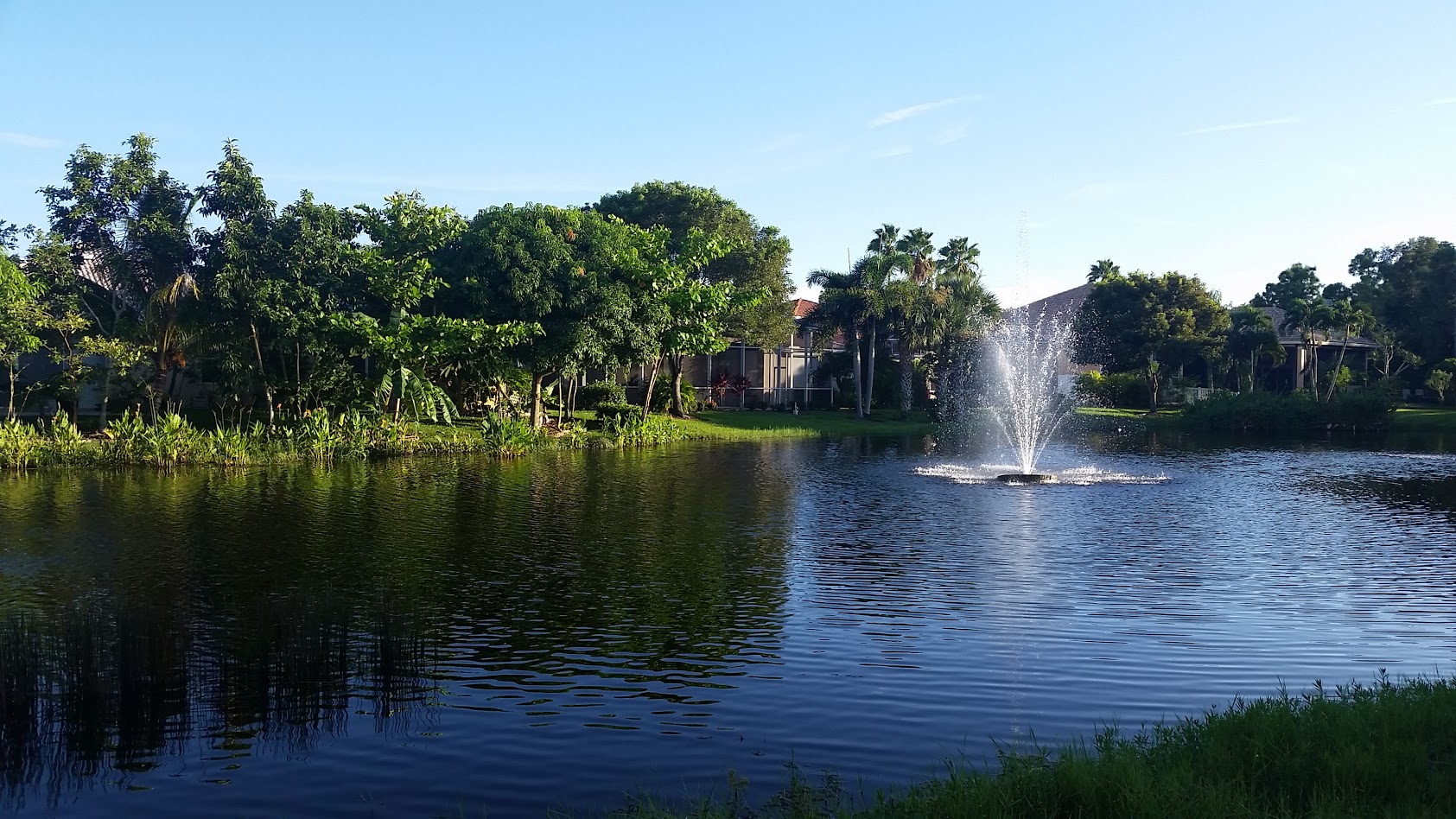 Sept 12 - Sterling Oaks is located in North Naples across from Audubon, is only a mile or so south of Bonita Beach Road. It's practically Bonita Springs, right? Well, I've shown a few homes and villas in this community in the past few weeks. I feel it is overlooked because of it's physical address but it has some great values, plus it's only a few minutes drive to Bonita Beach and Barefoot Beach. That’s your free tip for the week!

That's the weekly wrap up. See you next week!