Appreciating Home … Wherever That Is

Where Ever You Go There You Are

When people move to Florida from a northern state, some have a difficult time making the adjustment. It is an adjustment to a new atmosphere, new climate, new elevation, new humidity.  While we do have seasons in Southwest Florida, they’re just not so drastic that they’re easily noticeable.

It’s been over 20 years since I moved to Bonita Springs, Florida.  I vaguely remember being homesick or maybe it was just season sick.  A few years down the road I’d made a life for myself, raised a family and without any fanfare woke up and found that I was a Floridian.

Recently, I had the opportunity to visit “up north” again.  There’s hills and trees and the leaves were changing.  It was also cold and overcast and the forced heat had sucked every ounce of humidity out of the air.  It made me home sick for Florida, home sick for sunshine, humidity and to my little old dog lying in the sun on the back lanai.

The visit made for good pictures, though.  If you’ve been in Bonita Springs for a while and you’re missing fall leaves, these are for you.  Unfortunately, the cold air doesn’t accompany the images so you won’t know how I suffered for these shots. 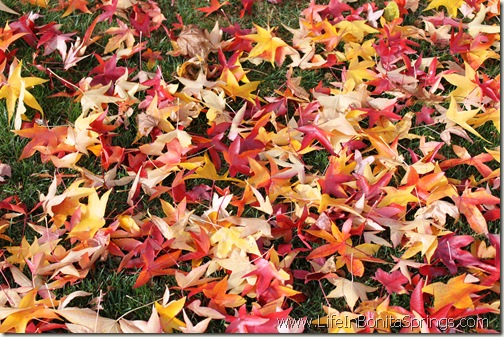 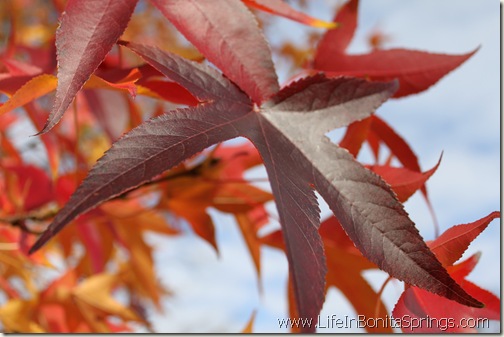 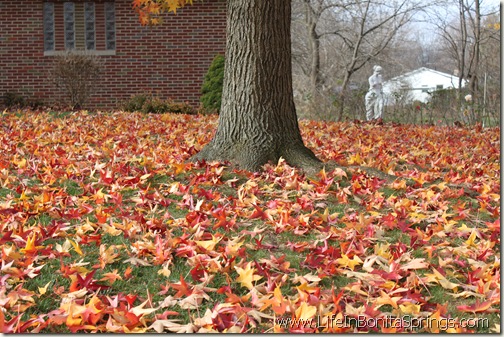