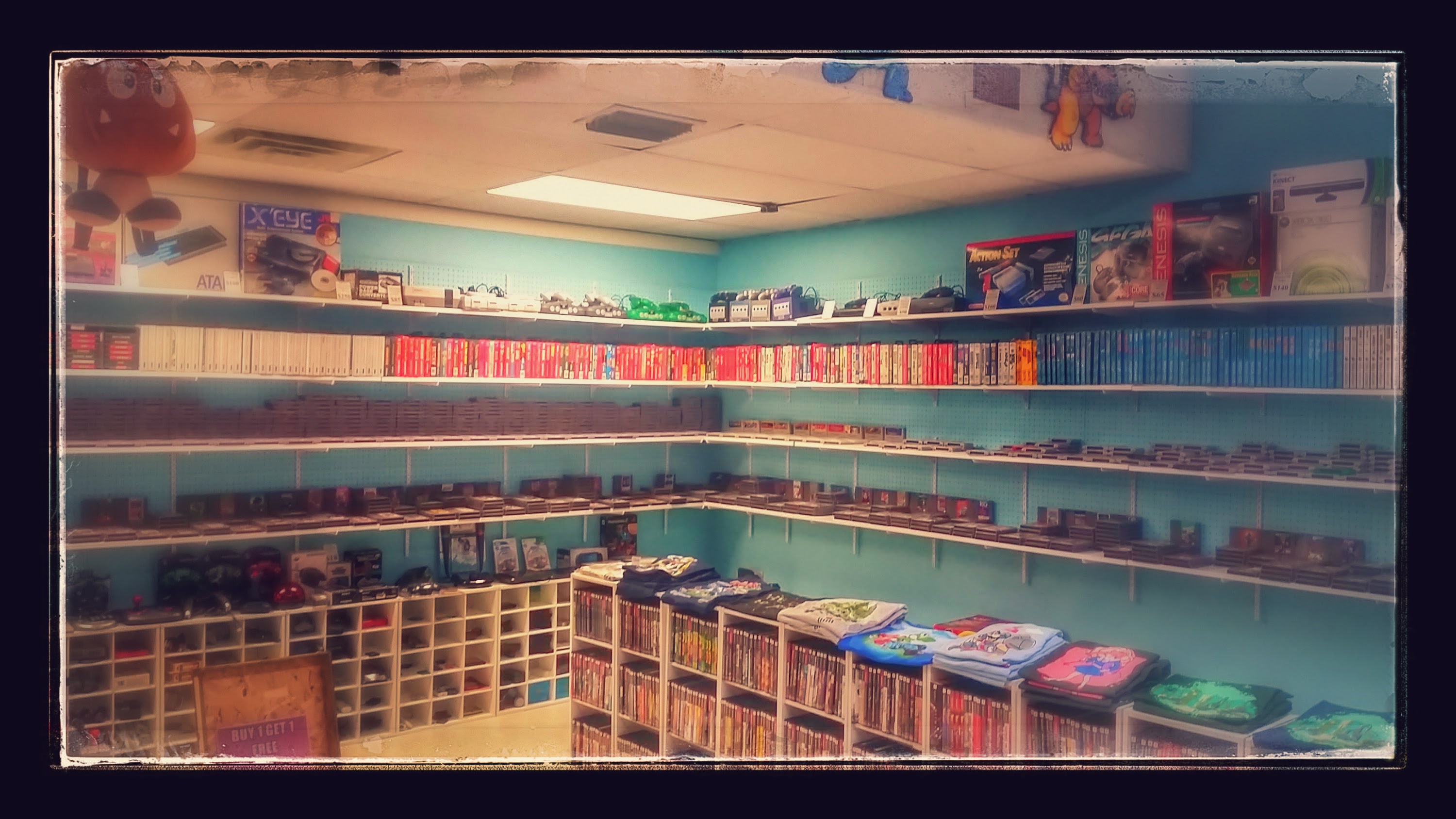 Things to Do With Kids - Bonita Springs Fl

Full disclosure: I am not a gamer. As a matter of fact, I wasn’t even born with the gene to be able to play games. While it’s hilarious to watch me try to play, it has been years since I’ve tried. I do have family members who play and even a grand son who plays.  We’re mostly pinball people, remember.

Recently after a great dinner at Season’s 52, Naples I suggested we stop by the new game store I had heard about. I thought we’d be window peepers that late at night but the store was open when we arrived. They’re open late, until 8:00 or, well, they were open beyond 8:00 p.m. because there were so many people in the store.

Let me tell you that I think this store is genius because there is a large sectional sofa strategically positioned in front of several monitors which are hooked up to many different games systems so a shopper can play a variety of games on a variety of systems.  There was a new game that was there which was a big deal but I don’t remember the name and I know that disappoints whoever reads this. I am sorry, I’m missing the gene, remember.

At any rate, this store actively sells a lot of vintage games, game systems and more.  There are even standup arcade games set on free play.  I’ve taken photos of a few features around the store, the games, the vintage systems, etc.

The 8 Bit Hall of Fame Game Store is located on the north side of Bonita Beach Road, just west of Fish Trap Marina.  Here’s the contact deets: